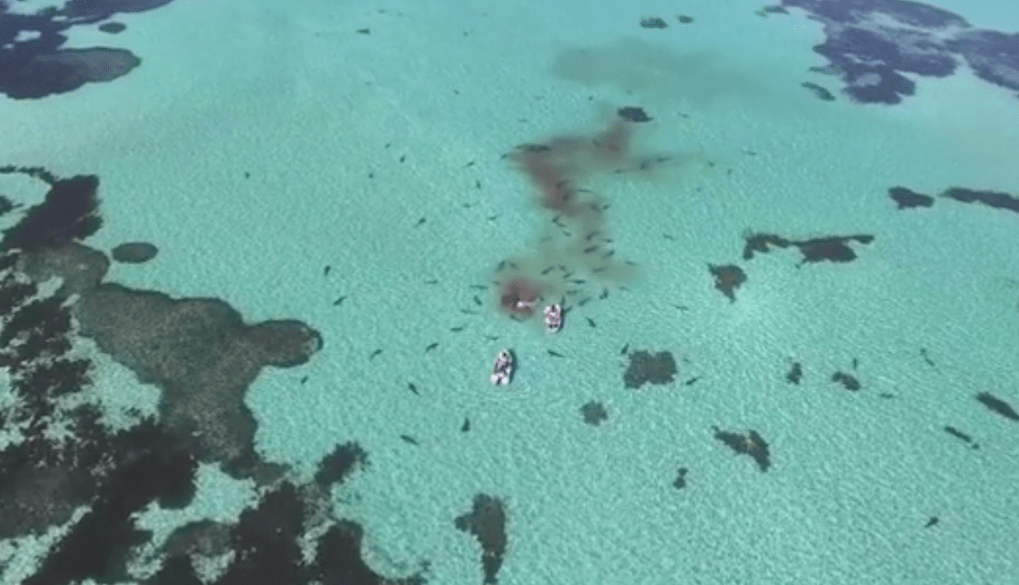 Although drones can be a bit of a nuisance in the wrong hands, there’s no question that they have allowed us to see the world from fascinating new perspectives. For example, over the weekend, the Eco Abrolhos cruise line out of Australia was able to capture footage of a tiger shark feeding frenzy on a whale in Australia’s Shark Bay.

“Passengers on our 14 day Geraldton to Broome and everywhere in between were treated to an unexpected phenomena whilst cruising inside Dirk Hartog Island,” Eco Abrolhos explains on its Facebook page.

Jay Cox, a tour operator for the company, set the scene for the BBC:

“We went around the corner. We come across this splashing in the water, we were so close to them, they were going under the boat, all around the boat, bumping into us. They weren’t actually worried about us one little bit. They were actually pretty docile.”

Cox says that six or eight of the sharks would move in at a time, tearing a piece free from the dead whale and then swimming back out for others to take a turn. The whale was apparently dead before the sharks arrived.

You can see some of this incredible footage in the video below, but be warned, there’s a whole lot of blood (as you might expect from a shark feeding frenzy):