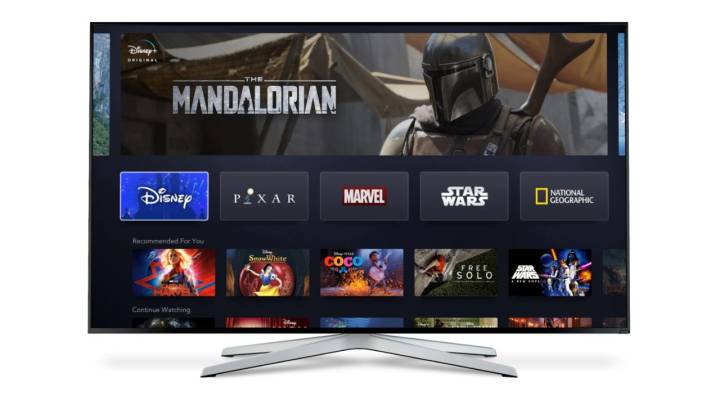 Disney’s huge D23 Expo huge event brought us several exciting updates on Disney’s entertainment plans for the coming years, and that includes news about the next Star Wars chapter, a bunch of Marvel news, as well as an avalanche of revelations about Disney’s incoming streaming service. Disney unveiled new shows for Disney+, including more MCU Phase 4 TV series, a Christmas movie, and the live-action version of one other classic animated feature. We also learned two crucial details about the streaming service that makes it look both better and worse than its biggest rival right now, Netflix — and no, it’s not about the actual original content that’s hitting either service in the coming months.

Launching in several markets on November 12th, Disney+ is going to be incredibly affordable, and it gets even cheaper if you end up paying for a full year of service in advance. But what’s impressive is that for $6.99 a month, you get support for four simultaneous streams, complete with 4K support.

That’s a massive feature for the service, given that Netflix charges $15.99 for the Premium subscription, which is the only one that supports four simultaneous streams, as well as 4K videos (if available).

Additionally, each account will support up to seven profiles, according to CNET, which is also something fans might be excited about.

But with great power also comes great responsibility, and Disney certainly seems to want fans to watch its shows responsibly. Either that, or we’re not going to have that many originals at launch, which is why Disney may want to make sure subscribers stick with the service for several months.

Unlike Netflix, which releases all the episodes in a new season, Disney+ will do TV series differently. We’re going to get one new episode a week for each of its original series, which is certainly going to be annoying. Binge-watching is a habit that Netflix helped cement over the past few years, and we’re used to consuming content in full as fast as it’s released.HBO is already using the same weekly model for its original shows, and it’s something that already works.

Then again, at $6.99 per month, subscribing for Disney+ seems like a no-brainer, especially for families looking for more at-home entertainment. Hopefully, real binge-watch support will roll out down the road.