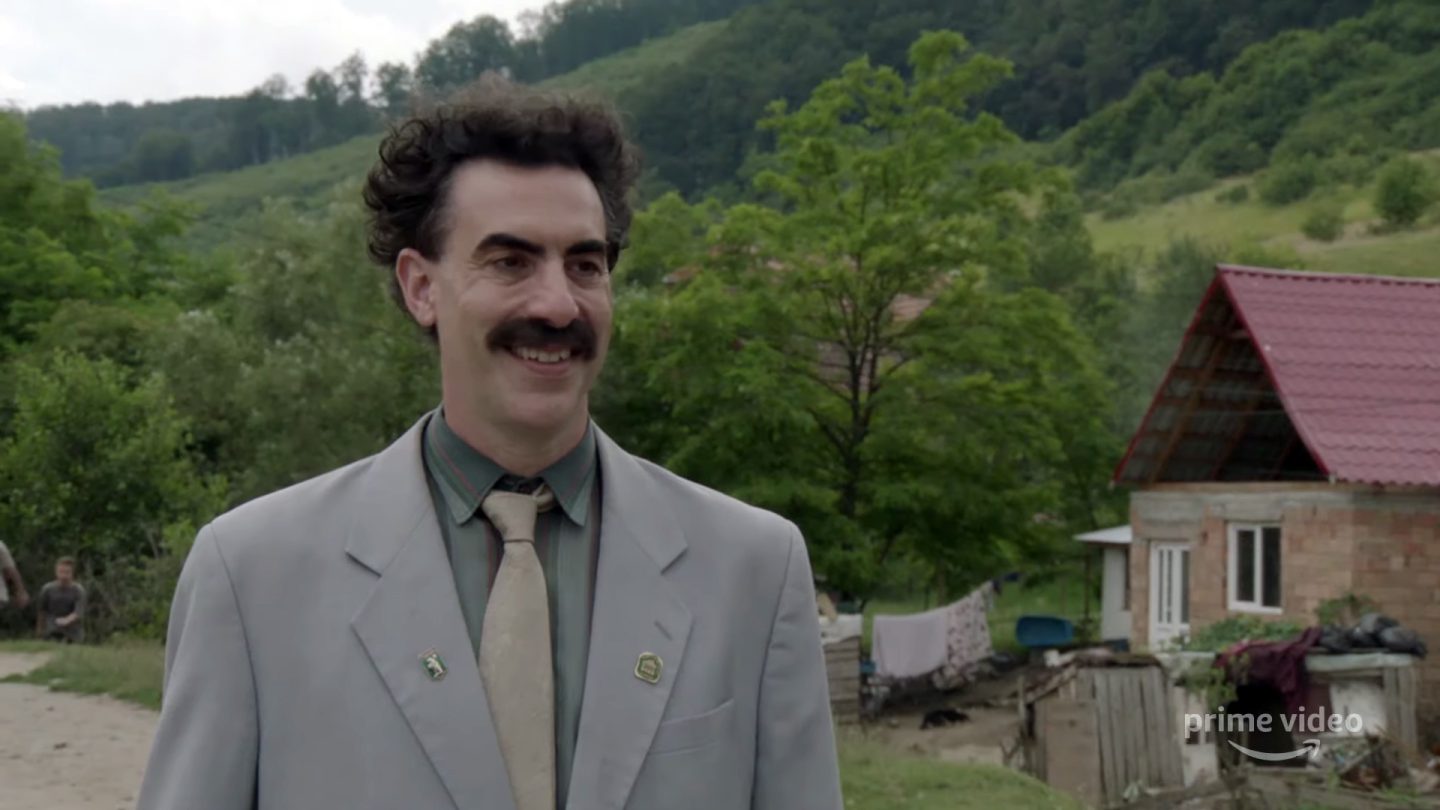 When the original Borat film arrived in theaters in 2006, it was something of a game-changer in the realm of comedy and mockumentary style video. With Sacha Baron Cohen playing the role of Borat Sagdiyev, a hapless but somewhat loveable journalist from Khazakstan, the film essentially follows Sagdiyev around as he attempts to make a documentary about what life is like in America. Indeed, you can make a strong case that the style of the film, along with the film’s popularity, helped pave the way for other types of cringe-style comedies like Nathan For You.

All that said, when I first saw the trailer for the Borat sequel, appropriately titled Borat: Cultural Learnings of America for Make Benefit Glorious Nation of Kazakhstan, I was a bit skeptical. The trailer itself didn’t seem all that interesting and I questioned if the world of mockumentary comedy had already moved past what Cohen was set to bring to the table. In reality, Borat 2 was full of surprises and actually delivered a fresh take on a character that was so iconic that he became something of a cliche in recent years. Indeed, a lot of the reviews I’ve seen are similar to the extent that a lot of people were pleasantly surprised at how funny and original the film was.

All that said, a deleted scene from the film recently emerged and shows Borat’s daughter actually getting into the White House. The deleted scene was posted to Twitter a few days ago and implies that Borat’s daughter — who is played by Maria Bakalova — may have not even been required to take a coronavirus test. This, of course, is an interesting revelation about safety protocols at the White House given Trump’s own positive diagnosis for COVID-19 last month:

Posted to Borat’s official Twitter account on the day of the film’s release, the scene in question sees Tutar infiltrate a press conference held by Trump in the White House alongside right-wing media site One America News Network on September 20 this year.

While Tutar and Trump never come into direct contact, the 52-second clip does show Tutar having a conversation with Donald Trump Jr at a campaign event.

The video’s caption also hints Tutar actress Maria Bakalova was not required to take a COVID-19 test before entering the White House.

Trump very careful who he let into his events and house. No Covid test necessary – High 5! pic.twitter.com/Kf5gGk3n2M

Incidentally, the Borat sequel appears to have been a huge success. Earlier today, Amazon Studios said the film was viewed by tens of millions of Prime subscribers.