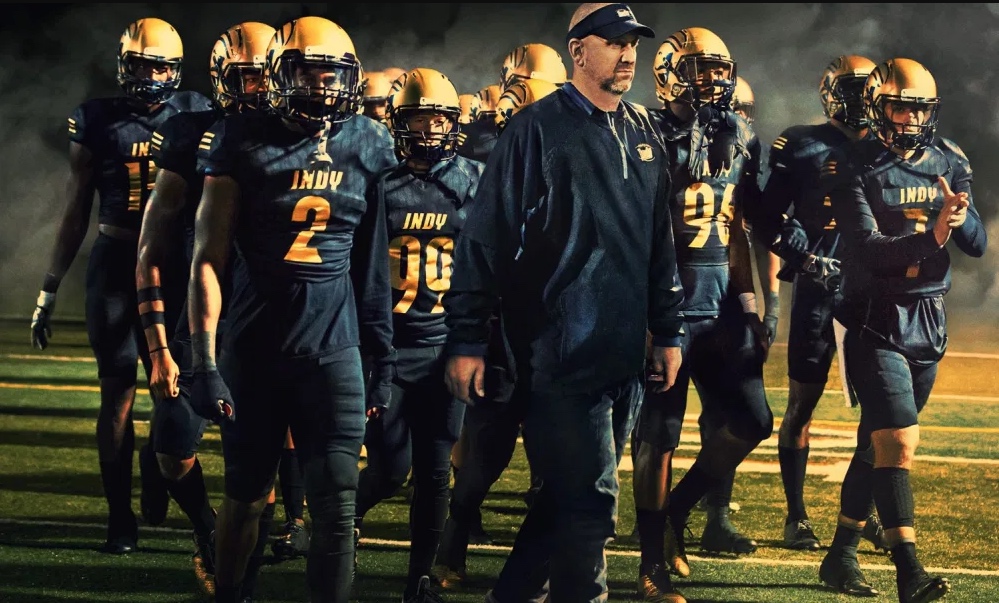 When the NBA suspended its season in March due to the coronavirus, the decision sent shockwaves throughout the sports world. Though some people at the time believed the NBA’s decision was heavy-handed, it wasn’t long before other sports leagues followed suit. The NCAA Basketball tournament? Canceled. Spring Training? Canceled. European soccer? Well, you might as well spend your time watching Lionel Messi highlights on YouTube because that was canceled as well.

Entertainment wise, the past two and a half months have been challenging for hardcore sports fans. These days, there’s not much news to cover aside from trade rumors and sports documentaries like the Chicago Bulls documentary The Last Dance. And seeing as how there’s no telling when sports as we know it will return, we thought it might be a good idea to fill you in on the best sports-themed movies and documentaries currently available on Netflix. It may not be the same thing as watching a game live, but if you’re in need of a sports fix, the titles below should do the trick.

Whether you’re a college football or NFL fan, Last Chance U will have you glued to the TV. If you haven’t heard of the series before, Last Chance U is a documentary series that chronicles football players at junior colleges hoping to make the jump to a Division I school, and ultimately the NFL. The drama that unfolds is akin to what you might see on a scripted series and is only heightened because, in this case, it’s actually real. If you’re in the mood for football, Last Chance U is a must-watch. There are currently four seasons to choose from, but I’d personally recommend starting with seasons 3 and 4 which follow the trials and tribulations of Independence Community College.

If you’re in the mood for the other kind of football, or futbol if we’re being accurate, we’ve got you covered. Barca Dreams is a documentary that takes a look at the history of FC Barcelona, arguably the biggest soccer club in the world. Though soccer fans today certainly know the exploits of players like Messi and Ronaldinho, the documentary provides a fascinating look at how Barca became the powerhouse that it is today.

There’s a chance the NBA season might pick up sometime this year, but it’s certainly not a given at this point. In the interim, if you’re craving some basketball, you’ll definitely want to check out The Carter Effect.  The documentary takes a look at Vince Carter during his heyday with the Toronto Raptors. Arguably the best dunker to ever play in the NBA, the documentary should be a nice trip down memory lane for fans in dire need of some NBA action at the moment.

Nearly 25 years old at this point, Jerry Maguire is an all-time great sports movie that still holds up after nearly three decades. The movie is something of a dramedy and gives us a glimpse into what the sports world is like from the perspective of a sports agent. The cast here is incredibly strong and features Tom Cruise, Cuba Gooding Jr., and Renée Zellweger. If you haven’t seen this film yet, it’s a must-watch. And as you might expect, the number of sports cameos in the film is impressive.

Miracle is a 2004 film starring Kurt Russel which takes a look at the storied 1980 U.S. Men’s Hockey team that famously defied the odds and won an Olympic gold medal. The film is enthralling and helps contextualize the United States’ win over the Soviet Union, an event largely considered one of the greatest moments in U.S. sports history.

The clip below isn’t from the movie but is actual footage from the last 60 seconds of the game that is famously known as the Miracle on Ice.

Bloodsport is a martial arts film starring Jean-Claude Van Damme as a fighter who enters an illegal worldwide fighting tournament known as the Kumite. The plot itself is somewhat absurd, but the movie is a fun watch. Even though I’ve seen it countless times at this point — it was on TBS all the time back in the day — it never really gets old. Over the years, the film has attained something of a cult-classic status. If you’re into raw action, or even if you happen to be a UFC fan, a little Bloodsport action might help you pass a few hours on lockdown.

Killer Inside: The mind of Aaron Hernandez

Though not strictly about sports, Killer Inside: The mind of Aaron Hernandez is a riveting documentary series about Aaron Hernandez, the former Patriots star who was ultimately convicted of murder. If there’s one genre that Netflix always excels at, it’s true-crime, and this documentary is no exception.