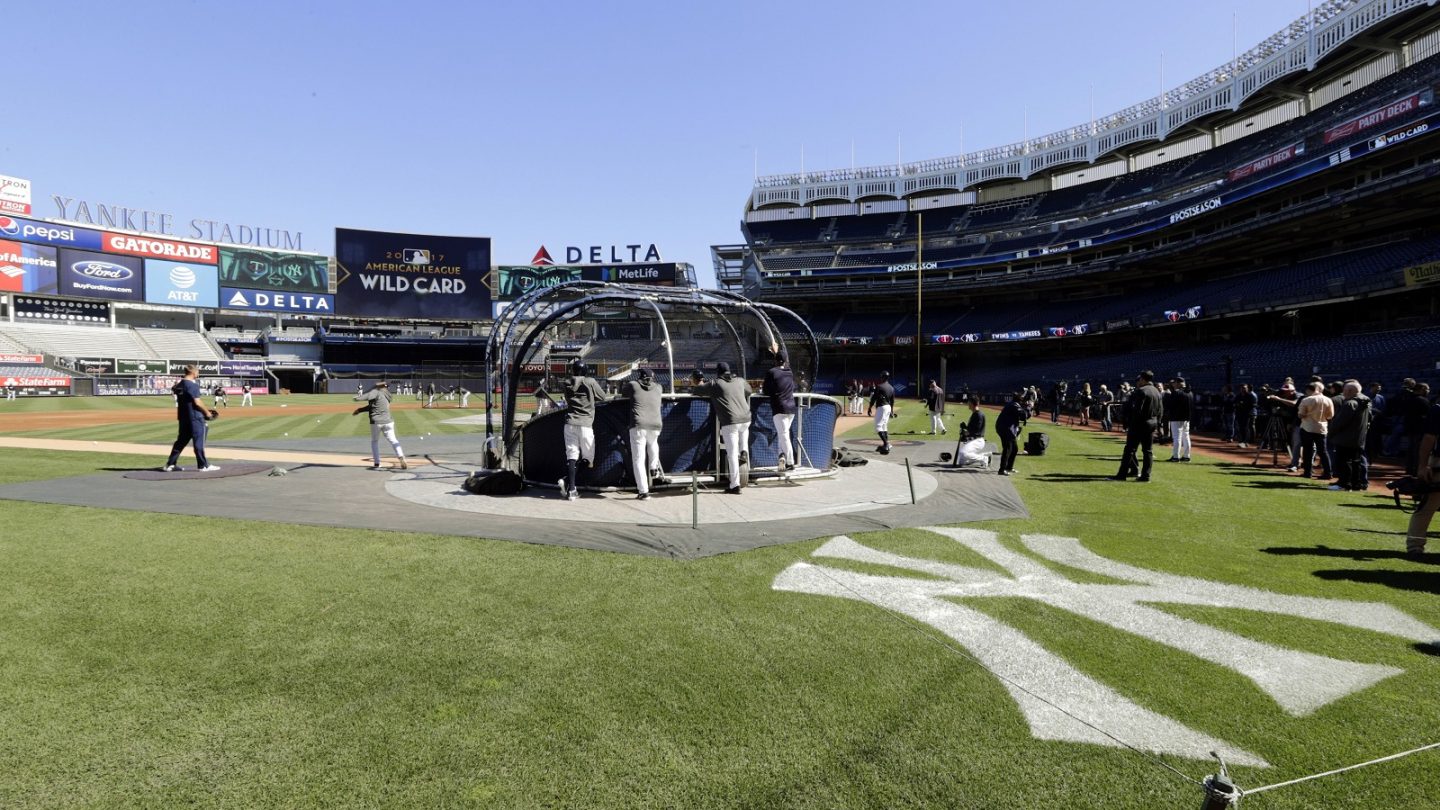 It’s going to be hard for any team to follow the Chicago Cubs breaking their 108-year championship drought, but there are still plenty of interesting story lines to follow in the 2017 MLB postseason. One starts tonight, when the Minnesota Twins face off against the New York Yankees and start their journey to become the first team to ever rally from having the worst record in baseball one year to winning the World Series the next.

To kick off the postseason this year, the Twins and the Yankees will face off at Yankee Stadium on Tuesday night, with the first pitch scheduled for 8:09 PM ET. The game will be broadcast on and the app, and we’ll tell you everything you need to know to watch it online.

While neither team won its division (obviously — they’re facing off for the Wild Card), the Yankees were just two games from stealing the AL East back from the Red Sox. The Twins, on the other hand, were a whopping 17 games back from the Indians at the end of the regular season. After the Indians went on a mind-blowing 22-game win streak, there was no chance that any team in the division was going to catch them. But the Twins’ success is still admirable.

If you want to watch the game tonight and have a cable subscription, just tune in to at 8 PM ET. You can also visit Watch online to watch the game from your computer, or download the app on your phone, tablet or media box (Xbox One, PS4, Roku, etc.) and watch it from there. If you don’t have a cable subscription, you can sign up for a free trial with Sling TV, Hulu Live TV, DirecTV Now, YouTube TV or PlayStation Vue.