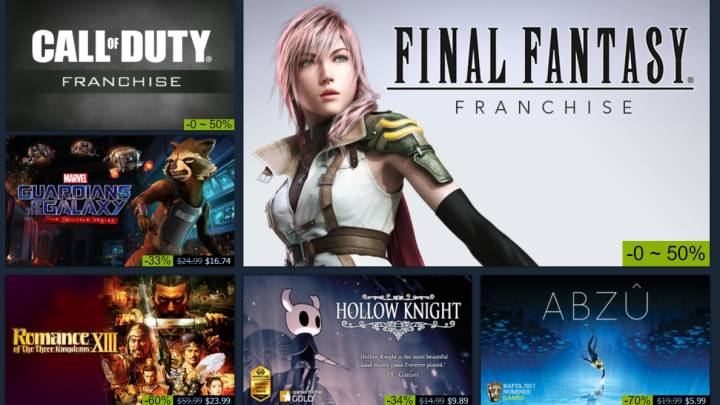 The day that every PC gamer has been awaiting (and the day that their wallets have been dreading) has finally arrived. Valve kicked off the 2017 Steam Summer Sale on Thursday, cutting prices on hundreds of games across the digital platform. If you’re a fan of PC games, it’s worth heading to Steam and looking through the entire sale, but we’ve also rounded up the best deals we could find below.

The same is true for the Call of Duty franchise sale, in which Infinite Warfare, Black Ops III, every Modern Warfare entry and the original Call of Duty for 50% off. There’s also a sale on the Ghost Recon franchise, and you can get up to 66% off on Future Soldier and the first Ghost Recon ever made.

Beyond the franchise sales, there are a few individual sales that stand out on Steam:

That’s ten great games for less than $100 right there. As long as you have an iota of self control, you can make it out of the Steam Summer Sale without having to dip into your life savings. It’s worth noting that the sale lasts until July 5th though, which means you’ll have to stare at all of those deals for two more weeks. I know it doesn’t mean much, but I just want you to know that I believe in you.