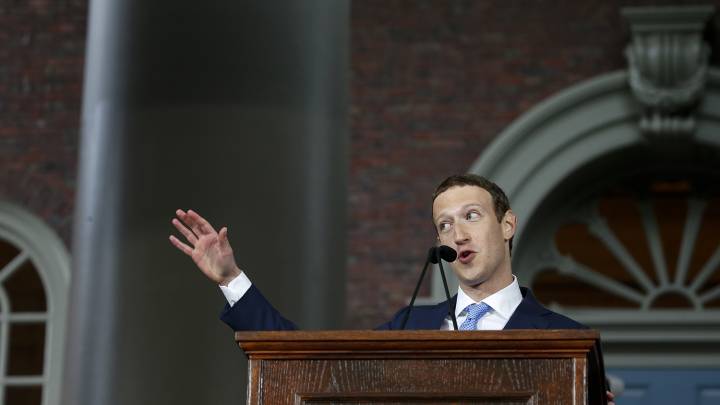 Like every other scandal that has popped up over the years surrounding Facebook and its propensity to play fast and loose with users’ private data, the Cambridge Analytica scandal will soon be forgotten. It doesn’t seem like it since this troubling story is dominating the tech news cycle right now. But every privacy-related misstep by the world’s largest social network seems Earth-shattering when it’s first discovered. The Cambridge Analytica scandal is a huge deal, of that there is no question. But Facebook will weather the storm, make a few policy changes, tweak a few things about the way it allows partners to access data, and all this will be behind us before you know it.

Of course, there are still interesting developments that pop up on a daily basis in the meantime. Yesterday’s big news was the Federal Trade Commission’s confirmation that it is investigating Facebook, and you can be sure that CEO Mark Zuckerberg will comply with any requests made by the FTC during the course of its investigation. Today, however, news has broken that Zuckerberg has declined to answer lawmakers’ questions as officials in the United Kingdom probe the breach.

Everyone reading this likely knows all about the Cambridge Analytica scandal involving Facebook at this point, but we’ll provide a quick recap just in case: Facebook doesn’t really care about protecting its users’ private data. As a result, a shady political consultancy was able to harvest private data from an estimated 50 million user profiles when just a few hundred thousand users took a personality quiz offered the firm. Of course, Cambridge Analytica doesn’t care at all about Facebook users’ personalities. The sole purpose of the quiz was to provide the company with a means to swipe private data from those users as well as tens of millions more.

Needless to say, a number of lawmaking bodies are not happy about this. Several high-profile investigations have been launched, and among them is an investigation being conducted by British lawmakers. They have asked Facebook to come answer questions surrounding the breach, but apparently CEO Mark Zuckerberg is busy that day because he has reportedly declined the invitation.

Now, technically, this isn’t really a slap in the face from Facebook. When the British committee sent a letter requesting some in-person answers from Facebook, it asked the company to send CEO Mark Zuckerberg or another senior officer with the company. While Zuckerberg won’t travel to the UK to answer questions, Reuters reports that another senior member of Facebook’s executive team will. According to a letter seen by Reuters, either Chief Technology Officer Mike Schroepfer or Chief Product Officer Chris Cox will travel to the UK to answer lawmakers’ questions.

“Facebook fully recognizes the level of public and Parliamentary interest in these issues and support your belief that these issues must be addressed at the most senior levels of the company by those in an authoritative position,” Stimson wrote in her letter, according to Reuters. “As such Mr Zuckerberg has personally asked one of his deputies to make themselves available to give evidence in person to the Committee.”