‘Uber for doctors’ wants to change the way we heal 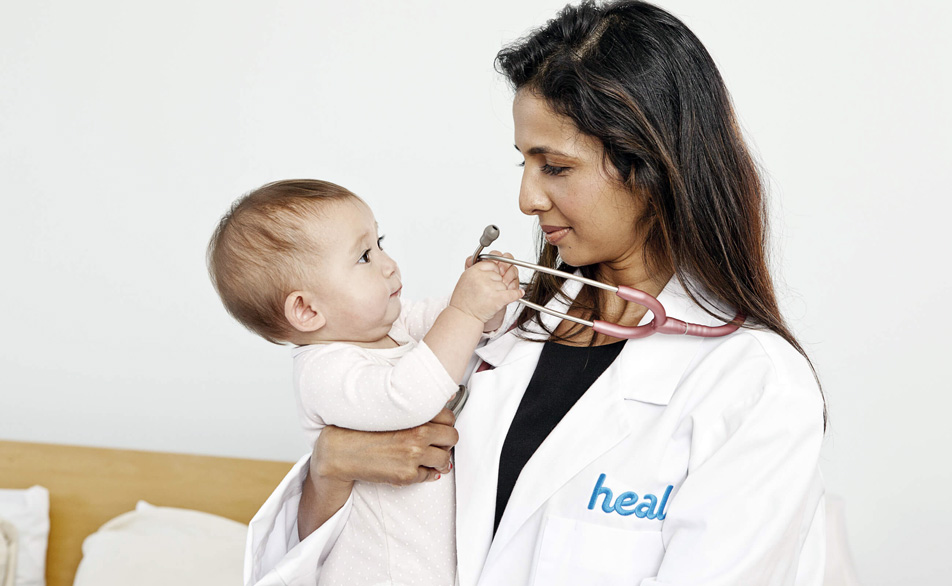 The road to the husband-and-wife team of Nick Desai and Dr. Renee Dua landing a $26.9 million Series A funding round for their Santa Monica-based startup began inside an emergency room.

It was late one night in 2014, and their infant son was sick with a severe cold. He needed to see a pediatrician right away, but his parents still ended up waiting with him in the emergency room for almost 8 hours. That’s what gave the pair the idea for Heal, a startup they launched less than a year later to deliver essentially the modern version of an old school doctor’s house call – “high-quality care,” Desai tells BGR, “from licensed physicians to a person’s home or office, on demand.”

It’s doctor-scheduling, tailored to the instant gratification preference of a tap-happy Uber generation. Pull out your smartphone, fire up the Heal app, and a few taps is all it takes to bring a doctor out to see you.

“We knew there was a huge opportunity for our company, as the average wait time for a primary care doctor appointment exceeds 18 days, and 80 percent of Americans delay or forgo going to the doctor because of lack of time and work responsibilities,” said Desai, Heal’s CEO. “Heal solves these problems by allowing patients to receive in-network care in the comfort of their own homes and at their convenience.”

At the moment, the company serves all major markets in California, from San Diego to San Francisco. The plan is to use the new funding in part to expand beyond the state.

Heal’s process is pretty straightforward. Desai says vetted and licensed pediatricians and family practice doctors arrive in under two hours when called and can see any member of the family for $99 or an in-network copay. Licensed physicians are available seven days a week, from 8:00 AM. to 8:00 PM, 365 days a year including all major holidays.

Meet some of the Heal doctors:

“To date, 8,900 unique families have used Heal 12,600 times,” Desai says. “More than 40 percent of those patients have used Heal more than once already. We now have 65 doctors throughout California in total.”

The service’s expansion comes at a transformative moment for health care, when all manner of startups and digital offerings are reshaping almost everything about the health care experience from the consumer’s perspective. And the money is following. Fortune recently noted that venture and private equity investors put nearly $2.4 billion into digital health firms globally in the third quarter.

Other examples of the change afoot: A project on AI hosted by Stanford – its One Hundred Year Study on Artificial Intelligence – also just issued a report that looks at AI applications in a number of different sectors, one of which is health care. “Prime applications,” the report reads, “include clinical decision support, patient monitoring and coaching, automated devices to assist in surgery or patient care, and management of healthcare systems. Recent successes, such as mining social media to infer possible health risks, machine learning to predict patients at risk, and robotics to support surgery, have expanded a sense of possibility for AI in healthcare.”

All that said, Heal represents a continuation of these trends. As Desai sees it, technology will help the health care experience continue to get more personal, more human, more accurate and more effective.

“From AI, which is already helping detect rare disease, to wearable diagnostic devices, technology will help us gather data on and for patients better than ever before,” he said. “And it will humanize the experience, so doctors spend less time gathering data and more time discussing solutions. And, of course, it helps eliminate the two-thirds of doctors’ time that goes to paperwork.

“Sixty percent of Americans want a doctor who will make house calls, and 74 percent of patients say they prefer services like house-call visits because they’re more convenient, according to a recent study. Heal is radically improving how people receive primary, preventative and urgent care by bringing back the house-call doctor. At the click of a button, Heal delivers unhurried and caring doctors to the patient’s home or office, at their convenience.”