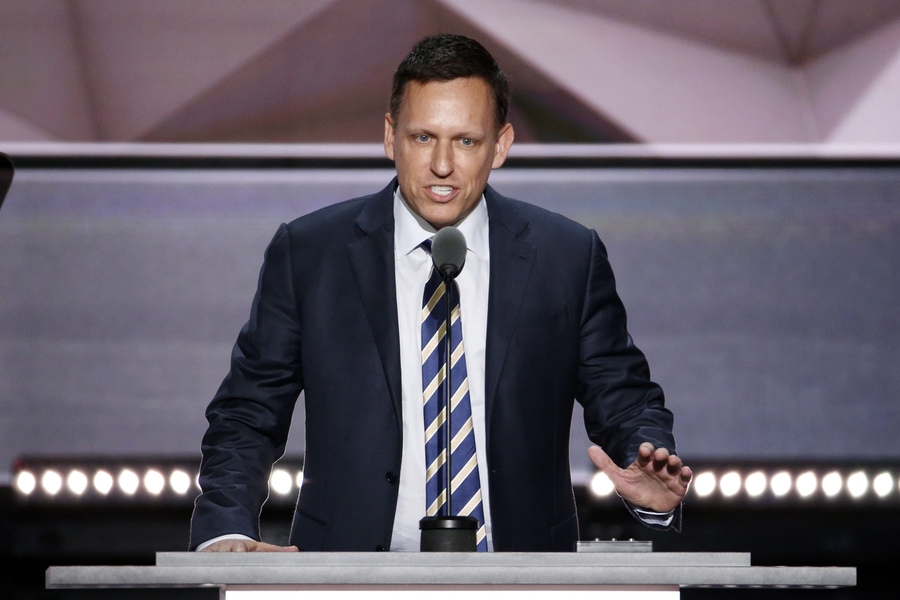 Late last year, a top US general went public with a pointed question for Google’s leadership, around the time the search giant was coming under fire over its interest in developing a search engine for use in China. Why, Marine General Joseph Dunbar wondered aloud, is Google willing to work with that communist regime but not its own government? The company around that time had also made a big show of backing out of a $10 billion cloud-computing contract with the US Defense Dept.

Now, billionaire investor and Facebook board member Peter Thiel is posing a version of the same question — though his stance is much tougher and more ominous than the one the general took. At an event in Washington DC on Sunday, the controversial businessman who’s never been shy about sharing his (not always politically correct) opinions said he thinks the FBI and CIA should probe Google over potentially ‘treasonous’ behavior.

Thiel presented three questions during the National Conservatism Conference over the weekend that he thinks Google needs to address. “Number one, how many foreign intelligence agencies have infiltrated your Manhattan Project for AI (artificial intelligence)?” Thiel said, according to news accounts of the event. “Number two, does Google’s senior management consider itself to have been thoroughly infiltrated by Chinese intelligence?”

For his third question, he speculated about whether Google has decided to work with the Chinese “because (Google is) making the sort of bad, short-term rationalistic (decision) that if the technology doesn’t go out the front door, it gets stolen out the backdoor anyway?” And not only does Thiel, a co-founder of PayPal, think those questions should be asked of Google by the FBI and CIA — “I would like them to be asked in a not excessively gentle manner.”

This isn’t the first time Facebook has had to deal with problematic headlines stemming from Thiel’s presence on his board. He is, among other things, a high-profile supporter of President Trump. But surely a Facebook board member calling for what sounds like the waterboarding or equivalent interrogation of Google executives seems to fall into a whole other category of problematic.

All of this also comes at a time when Big Tech remains in the legislative crosshairs, with everyone from Trump to presidential contenders like Elizabeth Warren agitating for Washington to do more to rein in companies like Facebook and Google. Which is to say, the attention-grabbing part of Thiel’s remarks aside, there are legitimate concerns here that actually do need addressing.

Facebook continues to have myriad privacy issues to work through, which are unsurprisingly becoming obstacles to its business objectives like the company’s planned Libra cryptocurrency. And Google has certainly not done itself any favors in recent months, including moves like its decision to pull out of the Defense Dept. contract while also coming under fire for reportedly working quietly to develop a censored search engine that meets Chinese government approval.

It remains to be seen, though, who or what agency will take up Thiel’s new call for more oversight of the search engine giant.