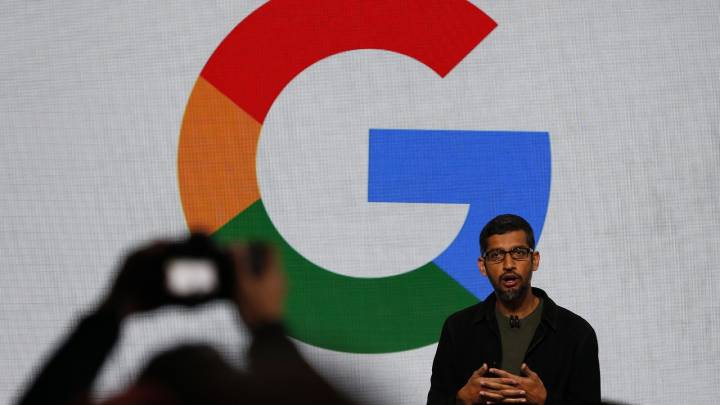 Google is preparing for a major shift to its business model in response to a record-breaking EU fine this summer over the rules that Google binds Android handset makers to if they want access to the OS — rules that include requiring those handset manufacturers to set Google’s own search and web browsers as the default offerings.

Now, in response to the EU ruling, Google is saying it will shift for the first time away from giving away its Android OS for free to get it onto as many devices as possible. Google will now charge a licensing fee for Android device makers that want to deliver handsets pre-installed with apps like Gmail and YouTube within the EU. In another major change, per CNBC, Google will also end restrictions on phone makers selling forked versions of Android.

“Previously,” CNBC notes, “Google tied together a suite of 11 different apps that phone makers would have to pre-install if they wanted to license its app store, Play. In July, the EU ruled that this bundling was anti-competitive — pushing consumers towards Google’s search engine and weakening rival app makers — though it only specifically called for Google to separate Chrome and Search from Play.”

This is what we reported earlier this summer would be the big thing to watch once the EU ruling came down. Everyone knew a mega-fine was coming, and since Google basically mints money thanks in part to its lucrative ad business there was no question it would be able to absorb any financial penalty. What was going to be especially interesting to look out for, we noted, was whether the EU fine would force any kind of change to the way the search giant does business. Indeed, it appears that’s coming to pass.
Details are still few about what the financial consequences of this move will be for Google, which is going to start selling a license for a package that includes Gmail, YouTube, Maps and the Google Play store. Google is also going to sell a separate license for Android device makers that want to use Google Search and Chrome but pair those with services from Google competitors. Among other things we don’t know at this point is how much those licenses will cost.

Here’s more from The New York Times about the backstory and what this all means: “By obligating handset makers to load the free apps along with the Android operating system, regulators said, Google had boxed out competitors. With the company now required to separate its services in Europe, handset manufacturers like Samsung and Huawei will now have more flexibility there to choose what applications they want to pre-install on phones.”

Android, the paper goes on to note, is the most widely used mobile operating system in the world. More than 80 percent of all smartphones run Android, as do more than 24,000 different kinds of devices.

“Using Android,” reports the NYT, “has allowed companies like Samsung to compete against Apple’s iPhone without having to make their own software. In providing Android free to any device maker to use and modify, Google helped make the software available everywhere — in phones, tablets, cars and refrigerators. But the company tied the use of the popular Play store, where customers can download more than one million apps made by outside developers, to requirements that device makers feature other, ad-driven services like Google’s search engine and web browser.”

Some device makers had complained to regulators in Europe that Google’s terms effectively boxed them out from producing successful devices that don’t rely heavily on Google applications. Now, presumably, they have more freedom to try to do so.

“Going forward, Android partners wishing to distribute Google apps may also build noncompatible, or forked, smartphones and tablets” in Europe, Google said in a company blog post today. “Second, device manufacturers will be able to license the Google mobile application suite separately from the Google Search App or the Chrome browser. Since the pre-installation of Google Search and Chrome together with our other apps helped us fund the development and free distribution of Android, we will introduce a new paid licensing agreement for smartphones and tablets shipped into the EEA. Android will remain free and open source.”