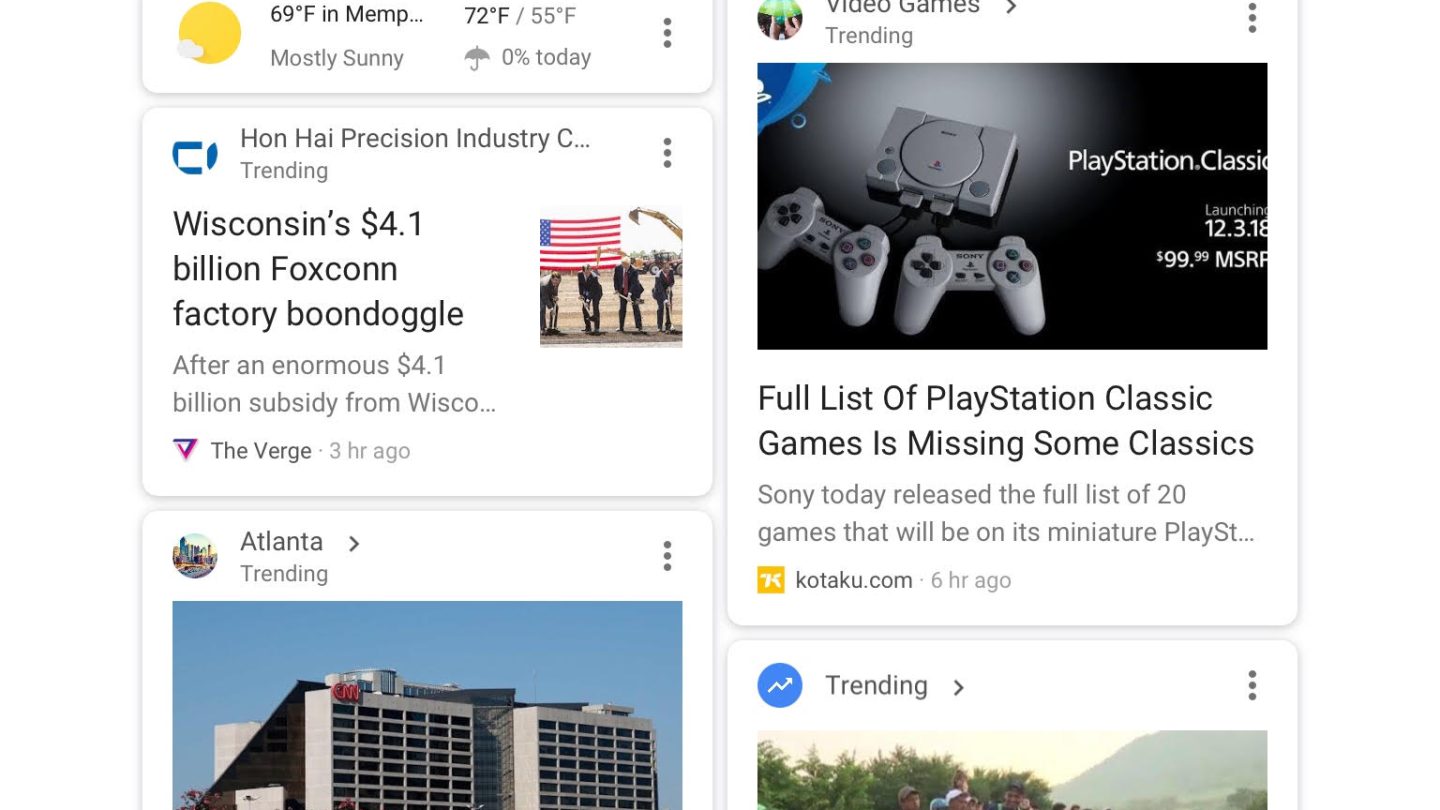 Google’s big update to its search product that the company announced a month ago now is at last starting to arrive on the search giant’s mobile homepage in the US. That update is Google Discover, which essentially brings a card-based news feed onto the search page — a major addition to what is the most trafficked page in the world.

The cards show everything from sports scores to the weather forecast in your area to relevant trending news stories, and it’s part of Google’s push to get better at not just delivering the best results for whatever you’re searching for, but also surfacing things you want to see before you even ask.

No word yet on an international launch for Google Discover, but the Discover Feed can be accessed now on both the Chrome and Safari browsers for iOS and Android users. It’s also live on Google.com. As you can see at the top of this post, my Google Discover feed at the moment shows me the weather, plus several trending stories based on the fact that most of the content I consume is breaking news, plus tech stories. You can also tap in the upper right of each card to take additional actions, such as hiding that particular card, which sends a signal that helps tune your feed, or choosing a separate “customize the feed” option.

“Originating as Google Now, Google last year replaced it with the Google Feed,” notes a report today from 9to5Google. “Available to the left of your home screen on Android, it surfaces articles based on your interests from sports, entertainment, and other Search history. The company notes that it is used by 800 million users every month.

“In September, Google announced a new name, visual design, and features. However, the biggest change is that it’s coming to google.com on mobile devices. The Google homepage is notoriously simple and stark with only a search bar against a white background.”

The feature also raises a number of interesting questions. Could we eventually see paid or promoted cards in the Discover feed? If that sounds like a bridge too far, well, there was a time when anything beyond the search box itself on the page seemed like it would never happen. It will also be interesting to see what kind of traffic bump, if any, news sites get as a result of having yet another information feed placed in front of viewers’ eyeballs.

This comes around the same time Google is also bringing the capabilities of Google Lens to Google Images on the mobile web, one more step from Google toward making Search move beyond its text-based legacy.