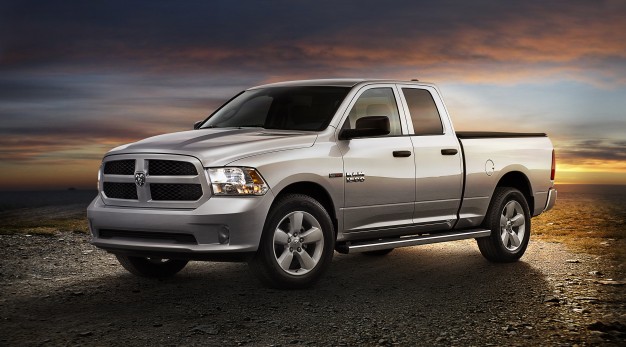 The EPA has issued a statement accusing Fiat-Chrysler of violating the Clean Air Act by “failing to disclose engine management software” in 2014-2016 Jeep Grand Cherokee and RAM 1500 trucks that use the 3.0-liter diesel V6 engine.

Those accusations obviously sound a lot like what VW was found to have done in a range of diesel cars, using software to change engine characteristics in order to pass emissions tests conducted by the EPA. In VW’s case, the “defeat device” detected when an emissions test was being administered, and lowered the engine’s output in order to pass the test. The car then increased performance — and emissions — when being driven normally on the road.

The EPA’s statement does not outline the specifics of Fiat-Chrysler’s violation, just confirms that the Jeep Grand Cherokee and RAM 1500 used software to violate the Clean Air Act in some way:

“Failing to disclose software that affects emissions in a vehicle’s engine is a serious violation of the law, which can result in harmful pollution in the air we breathe,” said Cynthia Giles, Assistant Administrator for EPA’s Office of Enforcement and Compliance Assurance. “We continue to investigate the nature and impact of these devices. All automakers must play by the same rules, and we will continue to hold companies accountable that gain an unfair and illegal competitive advantage.”

“Once again, a major automaker made the business decision to skirt the rules and got caught,” said CARB Chair Mary D. Nichols. “CARB and U.S. EPA made a commitment to enhanced testing as the Volkswagen case developed, and this is a result of that collaboration.”

Fiat-Chrysler has yet to respond to the allegations, but the company’s stock has taken a serious hit.