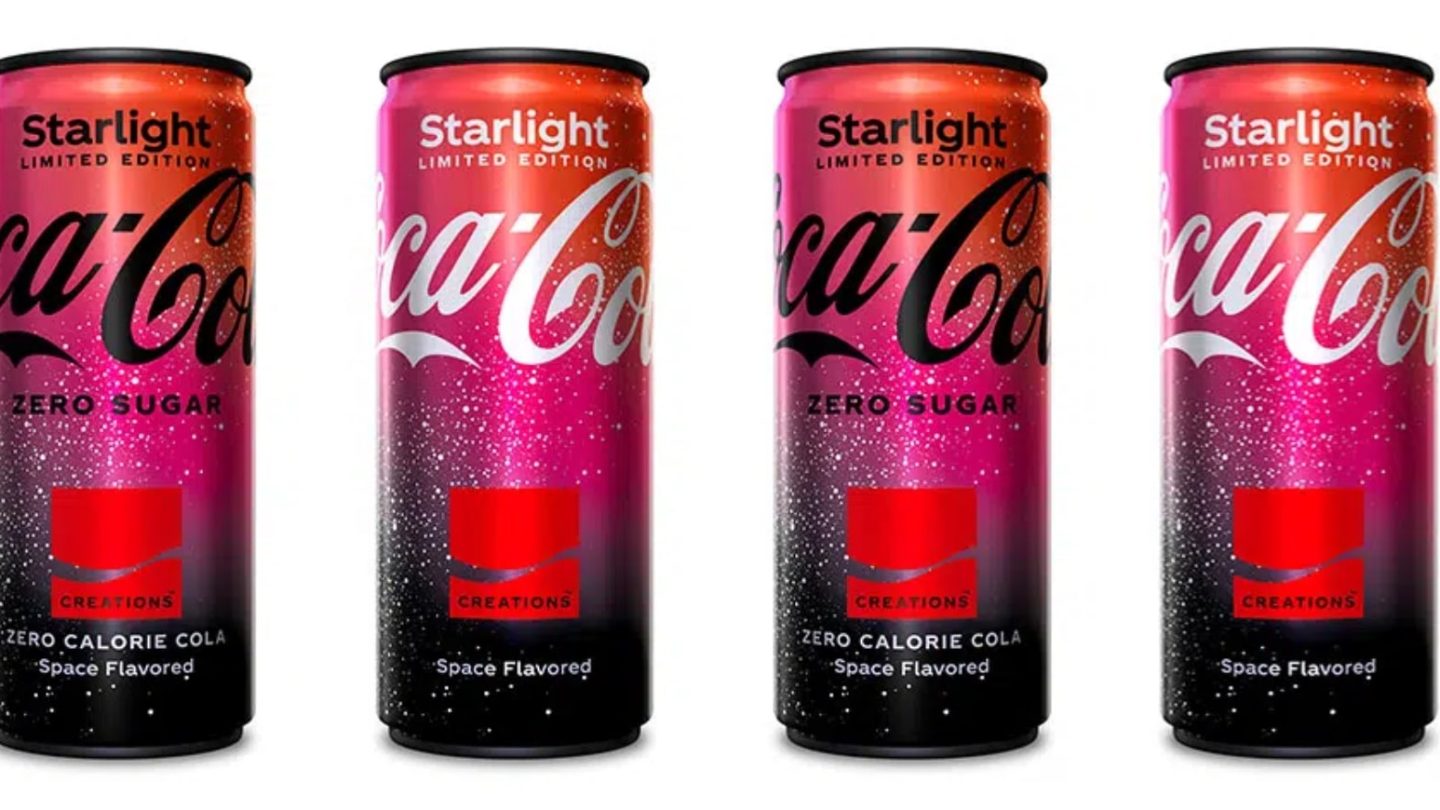 We’re not even two full months into 2022, but The Coca-Cola Company is wasting no time in barreling forward with a major expansion. One that’s seeing the iconic beverage brand launch several new flavors that are garnering headlines. They range from Coca-Cola Starlight, which puts a space-themed twist on the classic soft drink, to a new coffee flavor. As well as the company’s first alcoholic drink.

The latter, Topo Chico Hard Seltzer, you can read more about below. First up, though, we want to take a closer look at Coca-Cola Starlight, which is high-profile enough that the company teamed up with a pop musician to promote it. It’s also a product of the beverage company, through its Coca-Cola Creations initiative, wanting to tap into youth-oriented “drop culture.”

Fun fact: Coca-Cola was actually one of the first soft drinks to be consumed in outer space, back in 1985 when astronauts on board the Challenger drank from a Coca-Cola Space Can. This year, almost four decades later, the beverage company is going in reverse. To be more specific, by bringing the magic of outer space back down to earth. It’s via what the company teases as “the launch of an intergalactic flavor and galaxy of immersive, other-worldly digital experiences.”

Coca-Cola Starlight is the first limited-edition offering from Coca-Cola Creations. According to the company, it combines the signature Coca-Cola taste with some additional surprises. Those include a “reddish hue and cooling taste sensation” meant to evoke the feeling of a journey to space.

Complementing the space-related name and taste is packaging meant to evoke a starfield. It also has a gradient design with a nebular feel. Impressively, a global Coca-Cola team spanning R&D, design, marketing, and technology brought the product from the idea stage to fruition in less than a year. And this new product is also anchored by a digital marketing campaign that includes a partnership with pop star Ava Max.

An augmented reality “Concert on a Coca‑Cola” experience is accessible at www.cocacola.com/creations. And scanning a Coca‑Cola Starlight can or bottle will feature the star performing three of her biggest hits. Those include Kings & Queens, Sweet But Psycho and EveryTime I Cry.

Meanwhile, it’s not just the space-themed Coca-Cola Starlight to take note of here. The Coca-Cola Company is giving consumers several more beverages to enjoy this year, some of which include these newly announced flavors that we’ve rounded up below — ranging from lemonade to coffee, as well as a hard seltzer.

Among those new flavors to be aware of is Simply Spiked Lemonade. Which is actually the result of a partnership between The Coca‑Cola Company and Molson Coors.

“Over the past two years, we’ve seen success by shaking up existing categories with new brands that have clear, compelling points of difference, like Topo Chico® Hard Seltzer, Vizzy Hard Seltzer, and ZOA Energy Drink,” said Michelle St. Jacques, Chief Marketing Officer, Molson Coors, in a company announcement. “Now, we have a huge opportunity to leverage the power of Simply® — a brand known for great flavor — to disrupt the full-flavor alcohol segment in a way that’s never been done before.”

Joining the existing flavors of Dark Blend, Vanilla, Caramel, and Vanilla Zero Sugar in the ready-to-drink coffee aisle, meanwhile, is Coca-Cola with Coffee Mocha. The company says it designed these flavor profiles to give people a drink that “sips like a Coke and finished like a coffee.”

People sometimes need a pick-me-up during lulls in their day, when they’re most prone to choose a drink like coffee. That’s the opportunity Coca-Cola is trying to take advantage of with this new coffee-inspired beverage.

Rounding out our list, The Coca-Cola Company says it was inspired for this next drink by the cocktail recipe made famous by Texas bartenders. Topo Chico Ranch Water Hard Seltzer features real lime juice. And it’s also available in stores across nine states. They include Alabama, Arizona, California, Colorado, Georgia, New Mexico, Oklahoma, Tennessee, and Texas.

Topo Chico Ranch Water Hard Seltzer is available in 12-packs of 12-oz. slim cans. And each can contains 4.7% alcohol by volume, as well as 100 calories. Coinciding with this release, by the way, is a nationwide expansion of the Topo Chico Hard Seltzer variety pack. The pack features flavors including Strawberry Guava, Exotic Pineapple, Tangy Lemon Lime, and Tropical Mango.

“There’s no cocktail in Texas more legendary than Ranch Water,” said Matt Escalante, senior director of hard seltzers, Molson Coors Beverage Company, in a news release. “Given the love Texans have shown for Topo Chico Hard Seltzer, it’s only natural for the brand to refresh the taste of the classic Texas drink like only we can.”