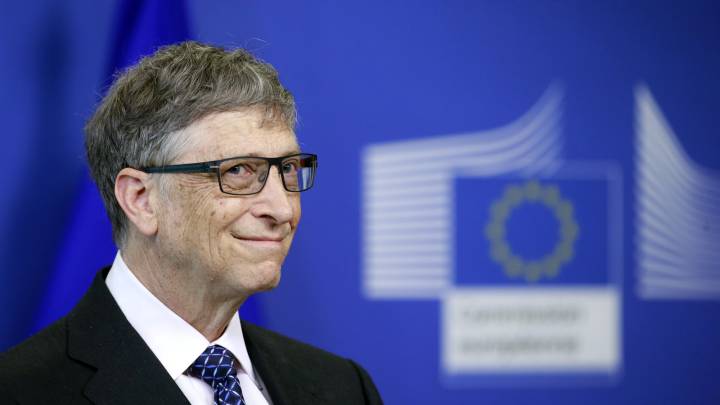 Back before iOS and Android were even a glimmer in anyone’s eye, there was another fanboy rivalry that, at times, was even more heated than the bizarre debates over smartphone allegiance we see today. It’s crazy to think that any fanboy arguments could be more intense than the clashes seen all over the web between Android addicts and iPhone lovers, but it’s true. Apple and Microsoft each played a key role in the proliferation of personal computers, and both brands formed very loyal fan bases that constantly bickered about which company was superior. They argued over nearly every topic you can imagine, but the very first Apple vs. Microsoft fanboy debate focused on one question in particular: When it comes to the companies’ very first graphical user interfaces, who copied whom?

Well, after decades of back and forth, we finally have an answer — and it comes straight from the horse’s mouth.

On Monday, Microsoft cofounder, renowned philanthropist and all-around awesome guy Bill Gates conducted his fifth “Ask Me Anything” session on Reddit, where he has become something of a hero. For those somehow unaware of Reddit’s popular AMA series, these threads are conducted by a person or group, typically in the public eye, and they encourage users on the site to ask any questions they want.

Gates’s fifth AMA was wildly popular, of course, and more than 17,000 comments were ultimately posted in the thread. We could spend weeks talking about all of the great answers Gates provided, but one was of particular interest in the context of this site. Reddit user HalesOwnShrek asked this brief question: “Did you copy Steve Jobs or did he copy you?” The question was brief indeed, but it’s based on decades of back and forth between Apple and Microsoft fans.

Gates took the time to respond, and his response puts an end to the debate once and for all.

“The main ‘copying’ that went on relative to Steve and me is that we both benefited from the work that Xerox Parc did in creating graphical interface – it wasn’t just them but they did the best work,” Gates wrote on Reddit. “Steve hired Bob Belville, I hired Charles Simonyi. We didn’t violate any IP rights Xerox had but their work showed the way that led to the Mac and Windows.”

So there you have it, fanboys. The debate is over. When it comes to the companies’ original GUIs, Microsoft didn’t copy Apple and Apple didn’t copy Microsoft. They both copied Xerox.