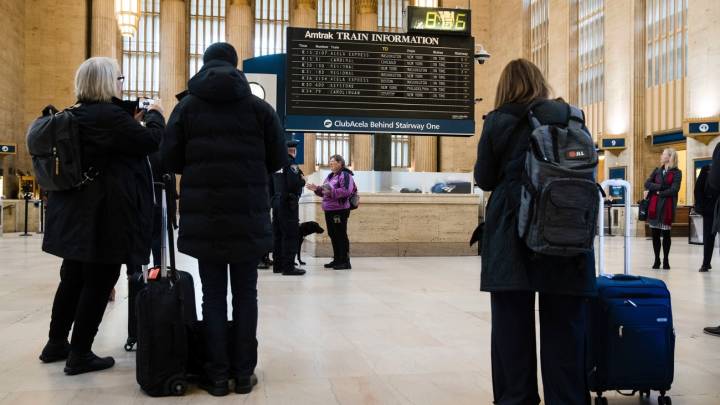 Come January, Amtrak is reportedly going to start borrowing even more from the playbook of airlines and importing some of that industry’s hated practices like the addition of new fees and non-refundable fares, among other changes.

That’s according to a leaked memo, which reveals that Amtrak is furiously trying to squeeze as much money out of its riders as possible on the road toward achieving profitability for the first time. The new fees and ticketing policies, per the memo, could include everything from the passenger railroad service’s “Saver” fares becoming non-refundable to the next-level-up “Value” fares subject to new cancellation and change fees.

The memo, the existence of which was reported by Business Insider, makes clear the changes could kick in just a few weeks from now, starting in January. Amtrak doesn’t currently charge change fees for tickets, but the new plans reportedly include:

If some of these sounds like the way airline customers get nickel-and-dimed, consider who Amtrak’s current CEO is. He’s Richard Anderson, former CEO of none other than Delta Airlines. This may also explain other airline-esque changes that have included shifting to prepared meals, like the kind served during flights, as opposed to meals cooked fresh for riders. In the recent past for Amtrak, according to recent remarks from Anderson, “Pricing and revenue management was thought of like some department over in another building and we didn’t pay much attention to it. We’ve been able to bring some commercial instincts in and make some basic investments in revenue management technology.”

Not exactly an embrace of penny-pinching, but it does indicate the whole enterprise is going to keep an even tighter rein on spending and will be looking for as many ways as possible to generate additional revenue. A function, as BI notes, of many Amtrak executives coming from the same place previously: The much-maligned airline industry. And as far as the effect of these changes, just last month Amtrak reported its highest yearly ridership ever — so look for all of this, and more, to continue.