“Apple’s iPhone 7 Plus is America’s favorite smartphone model,” the report reads in part, “topping the brand list with an ACSI score of 85. The large-screen phone outperforms Apple’s more recent models, the iPhone 8 and 8 Plus (both 83). The iPhone X comes in far behind at 80. For iPhone users, the features of the X model are not enough to offset the cost.”

Regarding the study’s methodology, ASCI notes that it surveyed more than 45,000 people over the course of about 11 months, from April 2017 through March 2018.

The results here are certainly interesting, but it’s worth noting that other surveys have published dramatically different results. As a prime example, a Tech.pinions study published last month found that 97% of iPhone X owners are satisfied with the device.

The study also noted that the aforementioned 85% figure is the highest they’ve seen “in all the customer satisfaction studied we have conducted across a range of technology products.”

In short, these customer satisfaction surveys make for interesting talking points, but it’s hard to put too much weight into them when varying surveys yield inconsistent results. That said, ACSI’s full results can be viewed below. 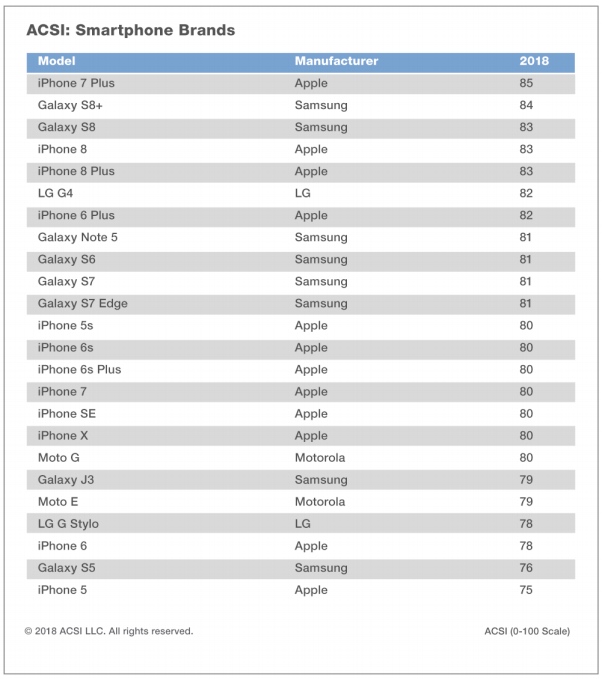