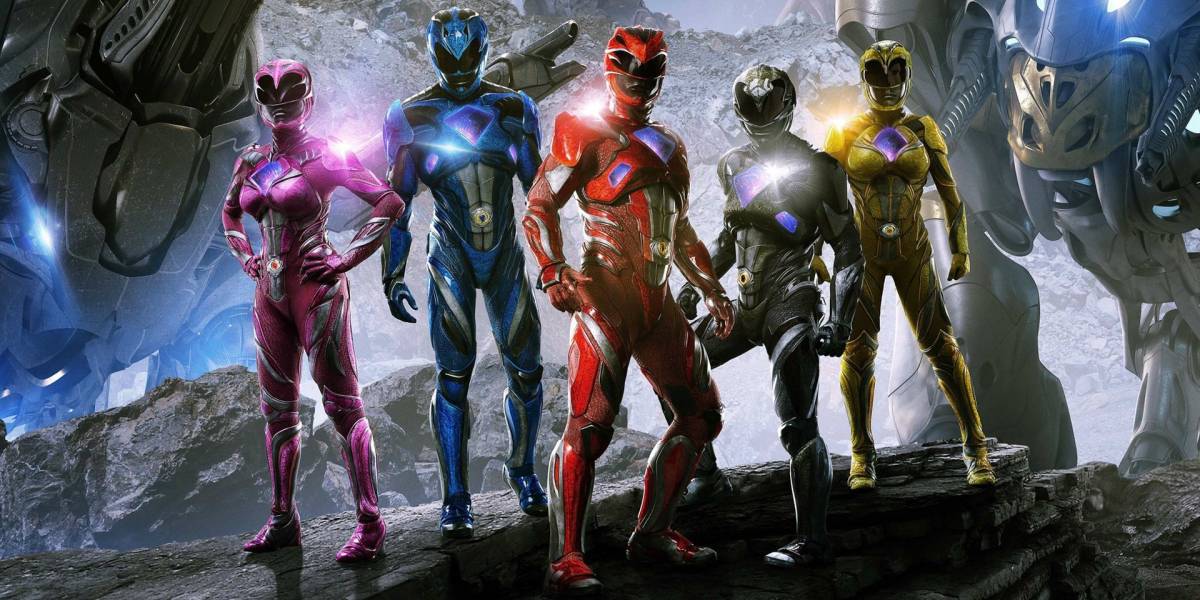 Go go Power Rangers! Everyone’s favorite teenagers with attitude are back in a shiny new reboot. Does this modern adaptation recapture the heart of the beloved mid-90s TV show?

For the most part, Power Rangers is a really fun time at the cinema. From top to bottom, the film and its cast is dripping with charisma and chemistry, which is impressive amongst a group of relatively unknown young actors. The action and effects are also, for the most part, well helmed. The problem with this film is that it can’t decide if it want to abandon its heritage or embrace it. When it tries to blend the over-the-top nature of the Mighty Morphin Power Rangers TV show with the character drama its establishing, it ultimately drags the film below the heights it could have reached if had chosen one of the two paths.

Still, for lifelong fans of the franchise, there’s a lot to love here. 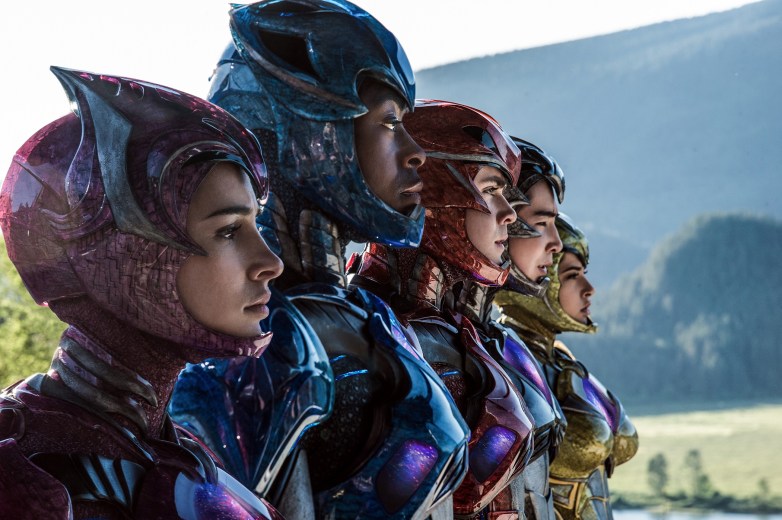 This film tells the story of five misfit teens from the small town of Angel Grove who are called to become the protectors of life on Earth known as the Power Rangers. Jason Scott (Dacre Montgomery) is the star quarterback of their local high school who finds himself in detention, as well as legal trouble after a dumb prank goes wrong. Billy Cranston (RJ Cyler) is an intelligent and earnest kid who struggles with autism and the loss of his father. Kimberly Hart (Naomi Scott) is a cheerleader who finds herself in the middle of a serious cyber bullying incident that lands her in detention with both Jason and Billy. There’s also Zack (Ludi Lin), an adventurous and wild kid who skips out on school more often than not, and Trini (Becky G.), a quiet loner who feels that she has to hide her true self from everyone, including her family.

Through a series of events sparked by Jason and Billy, all five kids stumble on mystical power coins that give each of them special abilities. Soon after they find themselves on a wrecked spaceship that belonged to the original Red Ranger, Zordon (Bryan Cranston). With the help of Zordon’s robot assistant Alpha 5 (Bill Hader), the group communicates with the essence of Zordon, as a giant face, and unravel their newfound destiny. 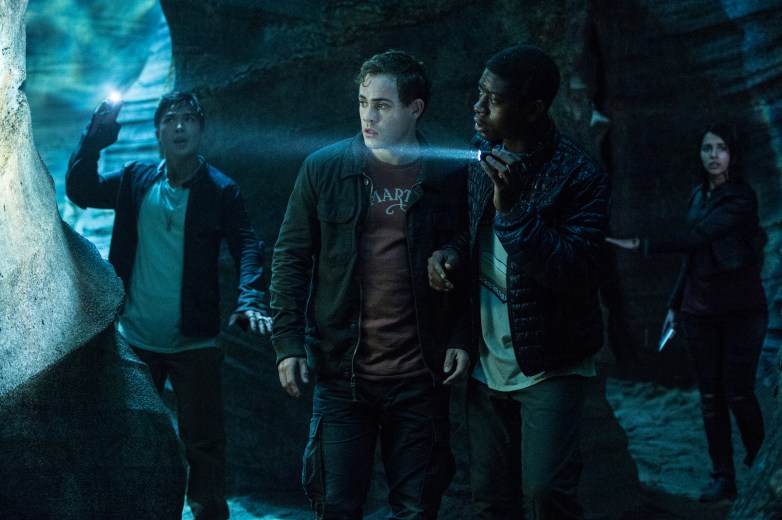 The characters, and their actors are really the standouts here. Jason and Kimberly are portrayed as convincing romantic leads that are each struggling with their own personal issues, lending to some well-written back and forth between them. However, the true showstopper is RJ Cyler as Billy Cranston. Not only is he given the most comedic material to work with, he portrays a kid struggling with a disability and the loss of his father with dramatic heft and weight. If the chemistry onscreen ever began to feel stale, the film would wisely put Billy in the spotlight to wake the audience back up.

Bryan Cranston is, well Bryan Cranston. He brings gravity to every role he’s cast in, and the giant floating head/leader of the Power Rangers is no exception. He’s not given a ton to do, for obvious reasons, but his resonate voice and presence made him the perfect choice for a character that could have easily been the laughing-stock of the film in lesser hands. His faithful robot assistant, voiced brilliantly by Bill Hader, is a much less annoying version of its TV show counterpart and serves as a nice sprinkle of pure levity throughout.

The problem is that there really are two movies playing out at once in Saban’s Power Rangers; one is a grounded teenage drama, the other is an updated version of the gloriously cheesy 90’s TV show. When the two parts begin to intermingle, it feels more like they’re fighting each other, rather than ever becoming one cohesive unit. Eventually I was left with the sense that the film would have been better off picking a door and walking through it, rather than trying to have its cake and eat it too. 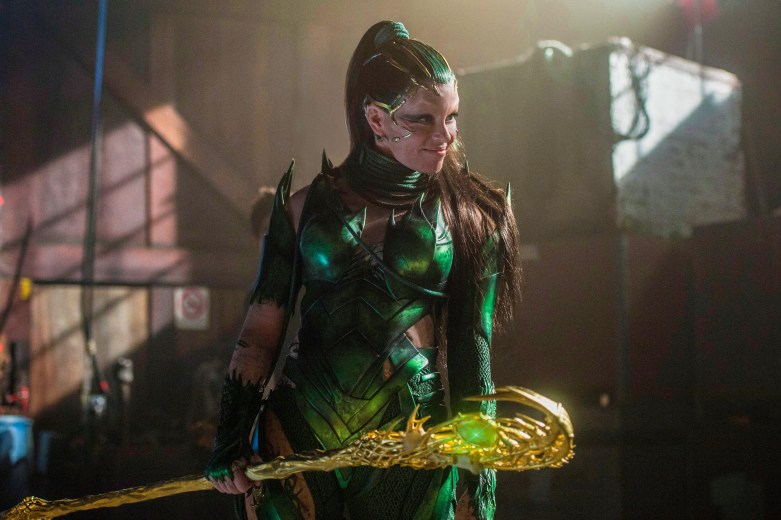 The perfect example of clashing tones is in Elizabeth Bank’s portrayal of Rita Repulsa. Although I personally would have preferred for Power Rangers to embrace its over-the-top heritage from the get-go, the film sets up a fairly grounded origin story; as grounded as five teens finding magical super rocks and training with a floating head can be. Once Rita shows up in her full regalia and begins constructing Goldar, a giant monster made of molten gold, any semblance of realism flies out the window.

On its own, this really isn’t a problem at all. Elizabeth Banks brings a surprising dose of fun and maniacal evil to the role and truly embraces the spirit of the 90’s TV show. The problem is that once you’ve set up a semi-gritty origin story that’s (loosely) grounded in reality, Rita Repulsa feels completely out of left field and highlights the conflicting tones the movie is putting off.

If the film was ultimately going to wind up being the Rangers in Zords fighting Goldar and Putties with a ripping guitar solo in the background, I wish it would have leaned into that from the beginning instead of pushing it off into the last act. 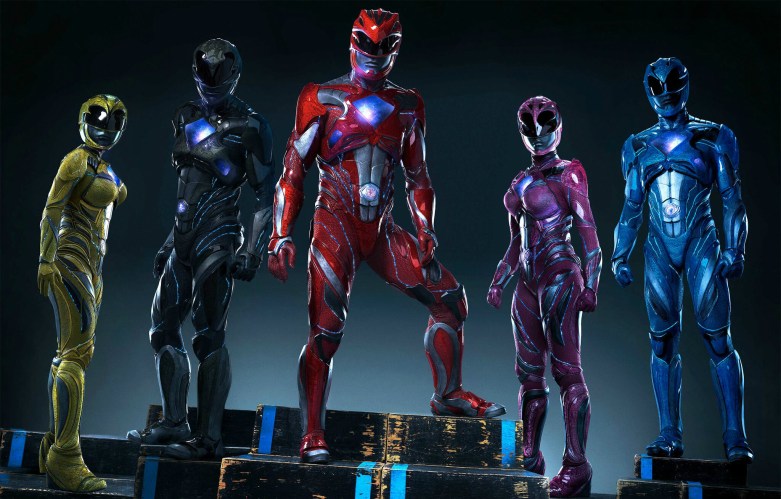 Power Rangers struggles between two conflicting visions: being a grounded, character-driven origin story and paying direct homage to the source material. When the film focuses on one of its two paths, fans are treated to a rambunctious and well-made adventure at the movie theater. When it tries to blend them, the whole is unfortunately not greater than the sum of its parts. Still, there’s enough for fans and newbies alike to enjoy here and Power Rangers is ultimately a mighty morphin’ good time.

Tweet
This is not a drill: One retailer will have the Nintendo Switch in stock this weekend