‘Split’ twist ending: Everything you need to know about the final scene

Following a decade of critical failures at the box office, director M. Night Shyamalan finally found his back into the good graces of moviegoers with The Visit, a horror film from 2015 that many saw as a return to form. After the success of The Visit, fans of the director were understandably optimistic about his next film, Split, which would focus on a kidnapper who suffers from dissociative identity disorder.

But no matter how excited they were, they never could have guessed the film’s shocking twist.

If you haven’t seen Split yet and eventually plan on seeing it, this spoiler is absolutely worth avoiding until you’ve made it back from the theater. If you have no interest in seeing the movie and want to know what everyone’s talking about, or you’ve already seen it and know the twist, feel free to scroll down. 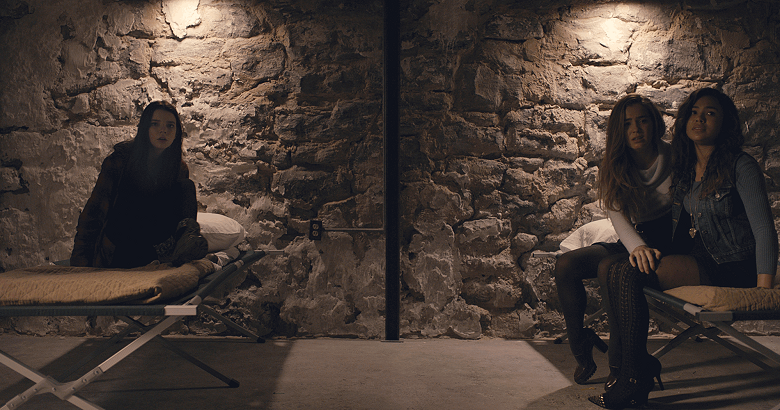 At the end of movie, after Kevin’s 24th personality, The Beast, has spared the life of Casey Cook, we see The Horde (as Kevin’s dominant personalities have come to be known) patching “themselves” up in an abandoned building. Following their conversation, the screen cuts to a title card: SPLIT.

Seconds later, the screen lights back up and we’re inside a diner in Philadelphia, where a news report about the killings of Claire, Marcia and Dr. Karen Fletcher has all of the patrons mesmerized. The reporter mentions that police are calling the suspected killer “The Horde” because of his multiple personalities, at which point a woman at the diner says that the name reminds her of another incident from several years ago where the criminal was given a strange name.

She asks aloud what the name was, at which point the camera pans to the right and we see Bruce Willis sitting next to her. He says, “Mr. Glass,” and seconds later, the credits begin rolling.

Split is the sequel to Unbreakable.

Without ever telegraphing it, Shyamalan made a supervillain origin story under the guise of an original thriller. Instead, David Dunn (Bruce Willis) has just been introduced to a nemesis far more threatening than Samuel L. Jackson’s Mr. Glass, setting up a potential third movie.

What’s especially fascinating is that the entire plot of Split was derived from a storyline that didn’t make it into Unbreakable. Kevin was originally going to be a character in that movie. Here’s what Shyalaman told Entertainment Weekly when asked about the decision to make Split a sequel:

“Oh, it was always there. Always. This character, Kevin from Split, was in the original script of Unbreakable. The original draft of Unbreakable focused on David Dunn and Elijah as his mentor. Elijah tells him, “You’re a comic book character, go try it.” And instead of bumping into the Orange Suit Man, David bumps into one of Kevin’s personalities and goes to save the girls. So you’d have been watching the girls side of it the whole time. That was the outline.”

As for whether or not he will complete the trilogy, Shyamalan says that he already has a “really robust outline” for the third movie, but that he won’t rush into it until he has the entire concept nailed down. The studio also needs to see how Split does at the box office before it greenlights a sequel.

In the meantime, at least we know David Dunn is still out there.

Tweet
‘Star Wars: The Last Jedi’ is the official name of Episode VIII