Hands on with the Nintendo Switch: Nintendo’s road to recovery begins here 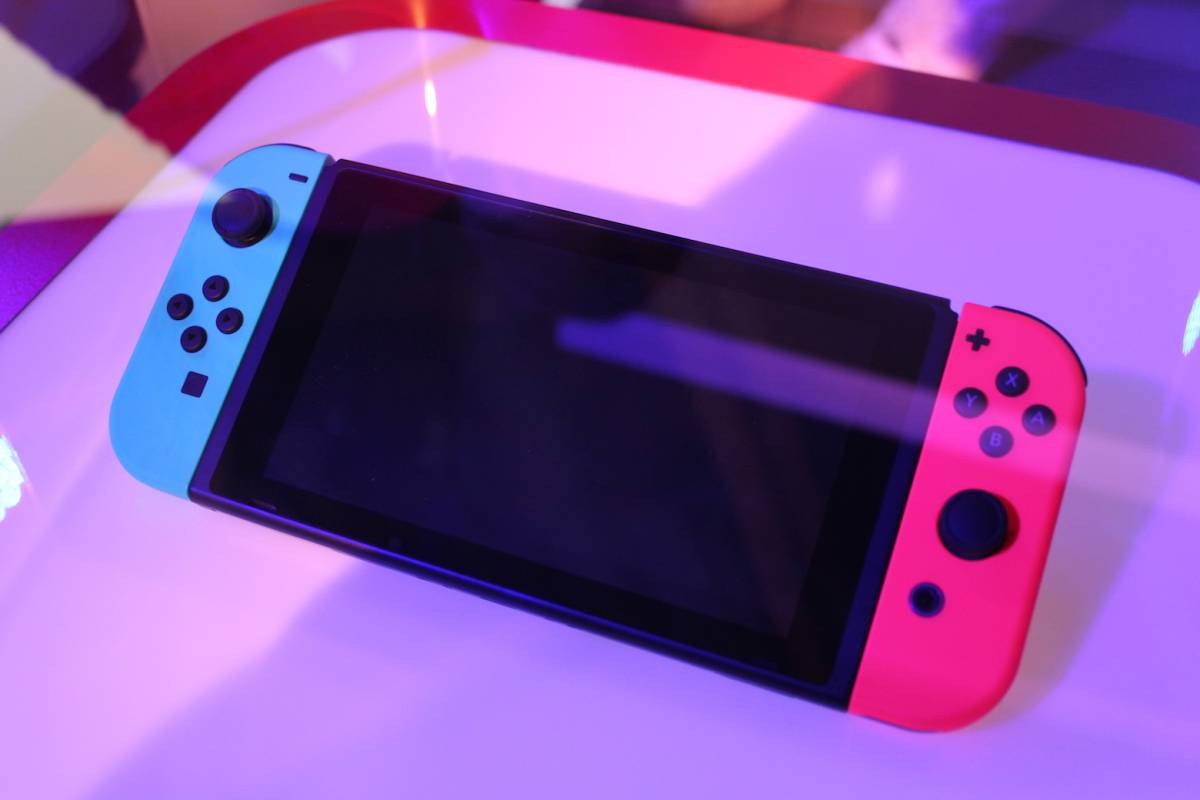 When Nintendo unveiled the Wii at E3 2005, I was skeptical. Beyond the name being bafflingly stupid, the gimmick of motion controls didn’t appeal to me in the slightest. Needless to say, the world didn’t share my skepticism, as Nintendo went on to sell over 100 million Wii consoles in 10 years.

Cut to 2011. I’m sitting in the Nokia Theatre in Los Angeles, waiting to see Nintendo’s long-awaited response to the PS3 and Xbox 360. As soon as that bulky touchscreen controller appears on stage, I feel a sense of dread wash over me. Without question, that unveiling was a low point in the history of Nintendo.

Nearly six years later, I’m pleased to say that the Switch has a chance to be a high point.

Throughout the day on Friday, Nintendo invited members of the press to go hands on with the Nintendo Switch for the very first time. As soon as I arrived at the venue, I made a beeline for The Legend of Zelda: Breath of the Wild, which I didn’t have a chance to demo at E3 2016 last year. For the first 10 minutes of the 20-minute demo, I played with the Joy-Con controllers slotted into the Grip, which comes in the box. 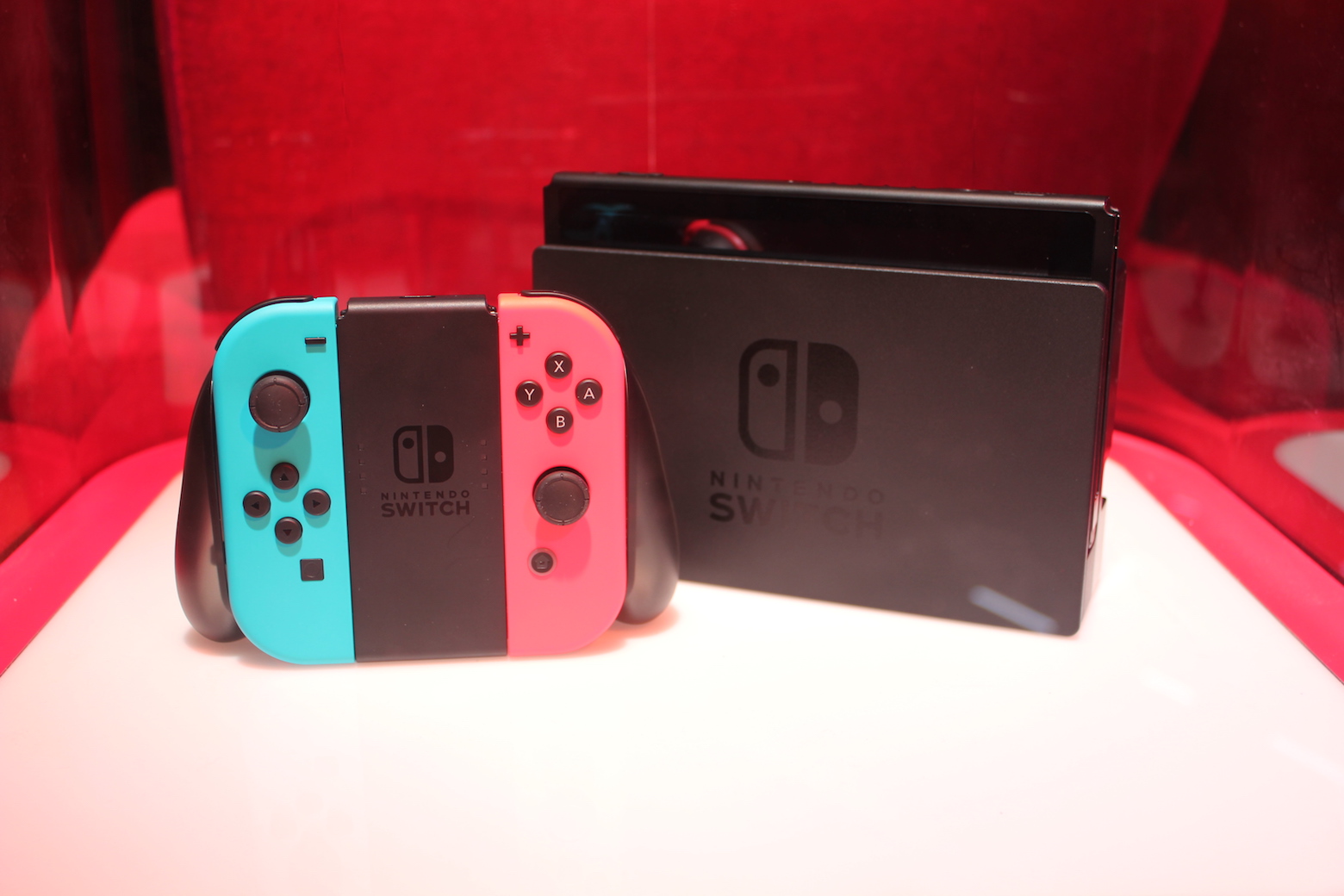 For such an oddly-shaped device, the Joy-Con Grip is surprisingly comfortable. Although the buttons and triggers are slightly closer together than would be optimal, it’s an incredibly clever, convenient solution for when a game necessitates (or a player prefers) to use a more standard controller to play.

[I’ll go into more detail about the games in separate articles.]

10 minutes in, I removed the Joy-Con controllers from the Grip by pushing in two soft button on the back of the Grip and lifting them upward (sort of like removing the Master Sword from the Pedestal of Time). I then slid the Joy-Cons into the sides of the Switch tablet and lifted it out of its dock. Although the mechanism for removing the controllers will take some getting used to, it was about as seamless as you could imagine.

As soon as I undocked the Switch, the display on the tablet lit up and the TV went dark. It’s been quite a while since Nintendo has done anything with its hardware to surprise and delight me, but watching a full 3D Zelda game be zapped from a television screen to a 6.2-inch tablet put a smile on my face. 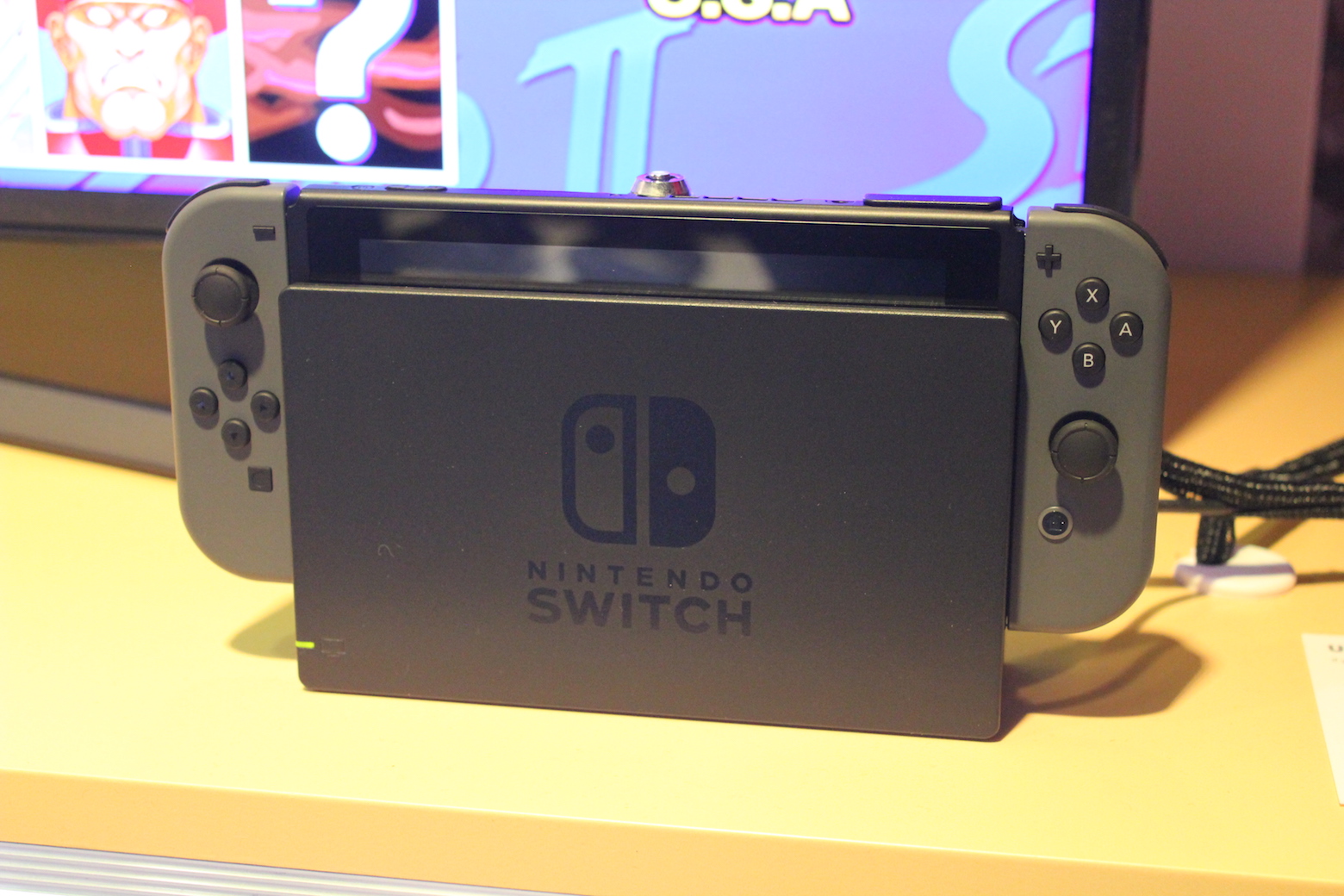 While there are games better suited for portable mode than Breath of the Wild (i.e. any game that requires the player to keep up with fewer buttons), I didn’t feel like I lost a beat when I took the game off the TV screen.

Once the demo ended, I stumbled upon the Super Bomberman R demo station, where another attendee had already completed the first few stages. I joined him for two reasons: 1) he seemed like he knew what he was doing, and 2) he was playing the game with a Nintendo Switch Pro Controller. 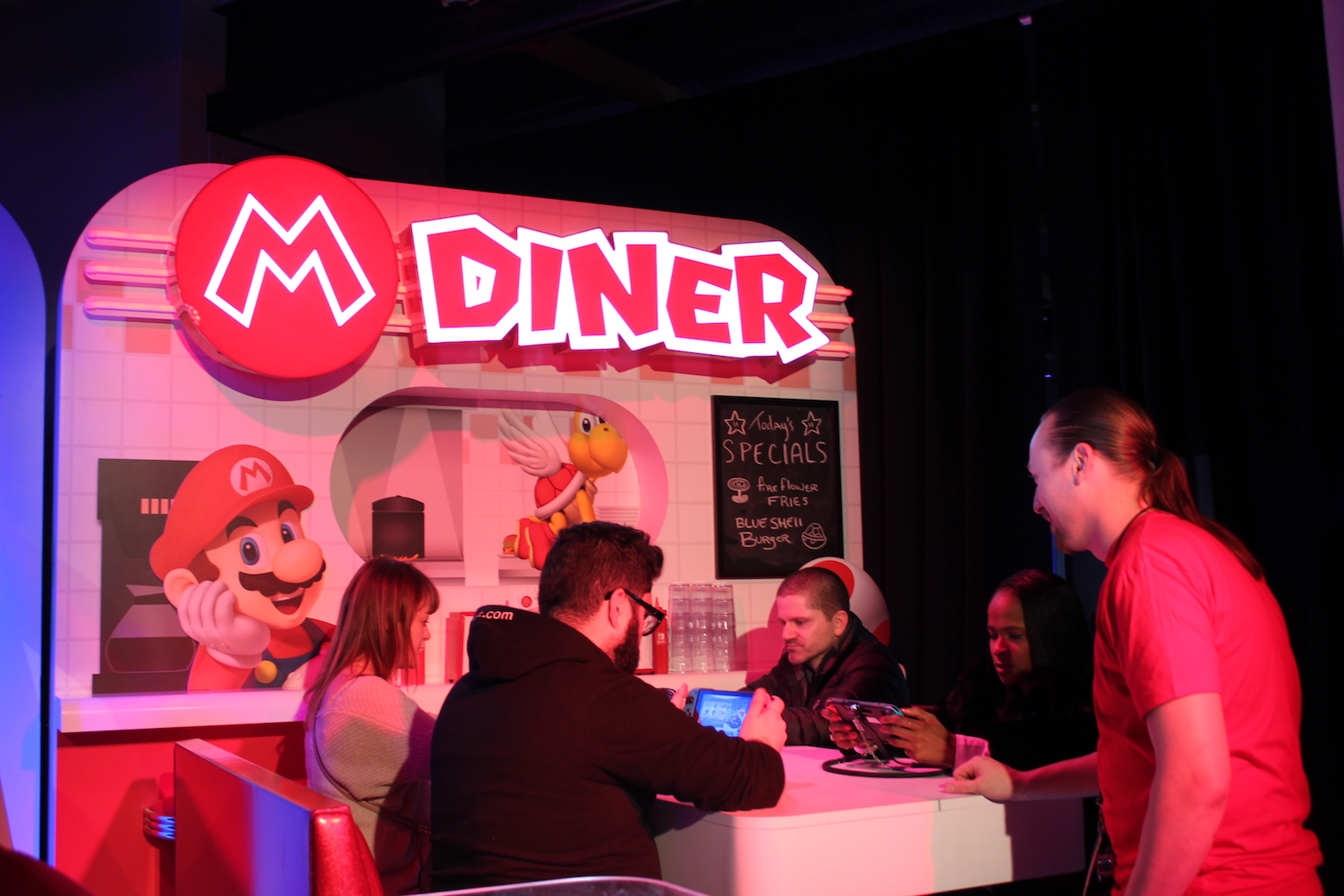 Finally, I had a chance to try some local multiplayer with Mario Kart 8 Deluxe. Four of us sat down at a table with each of our Switches in portable mode and jumped into the game’s new Battle Mode.

Playing Mario Kart 8 Deluxe is when the Switch really clicked for me. 720p resolution might not sound like much on a spec sheet, but Nintendo’s racer looked amazing on that display. The characters and the courses were bright and colorful, and I didn’t feel in the least bit cramped playing on a 6.2-inch screen. As big a fan as I am of Mario Kart DS and Mario Kart 7, turning Mario Kart 8 into a portable game felt like a revelation.

In spite of all my praise, I am once again skeptical about Nintendo’s new console. Only one genuine hit will be available at launch (Zelda), Mario Kart 8 Deluxe is, for some inexplicable reason, the only Wii U game that Nintendo will be porting to the Switch and Switch owners are going to be drip-fed small titles until Splatoon 2 launches in the summer and Super Mario Odyssey lands over the holiday season. 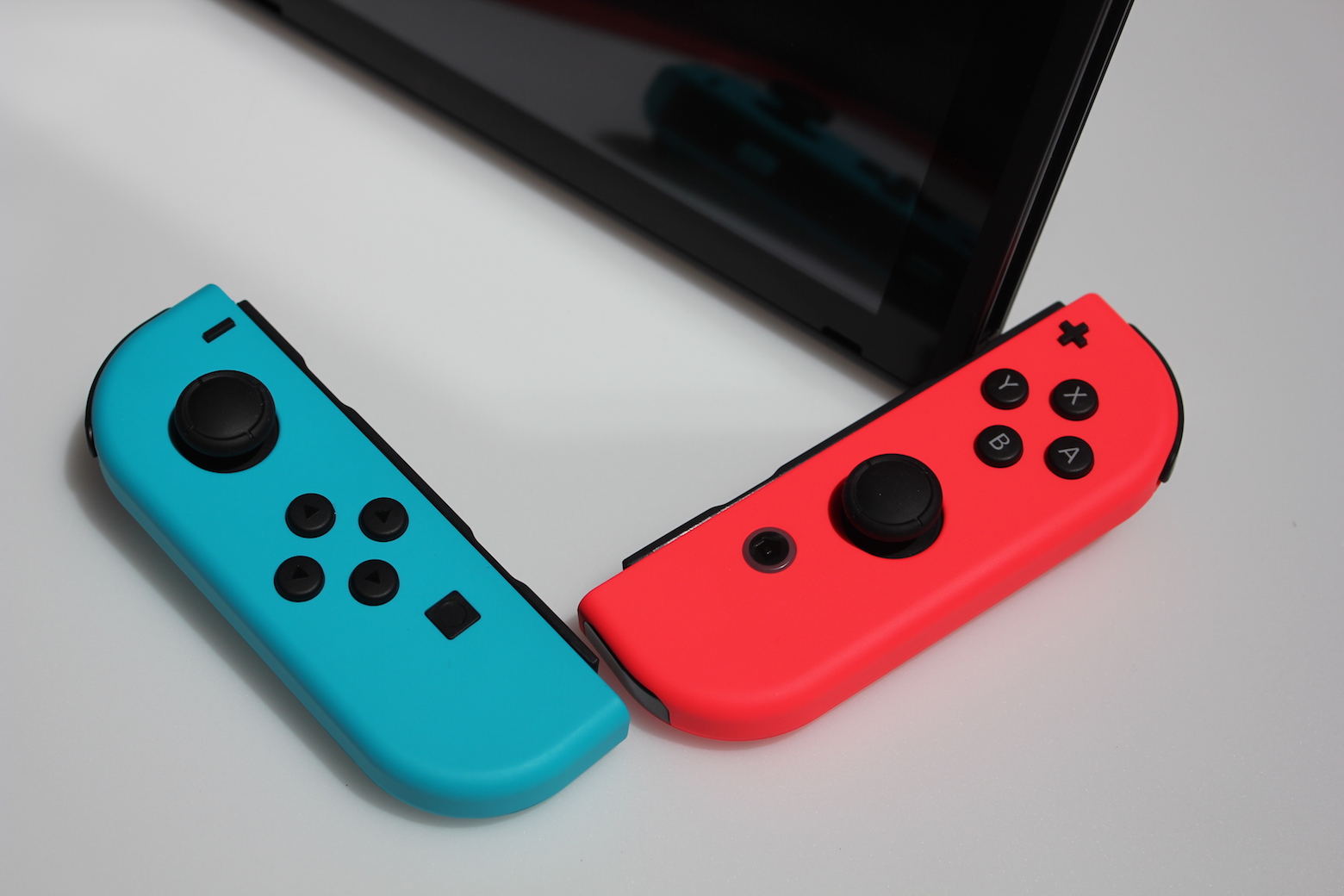 For the first time in three generations, I’m genuinely excited about the gimmick that Nintendo has introduced. Being able to play Breath of the Wild on my commute is a game changer, but if the Switch has only four or five great games by the end of 2017, compared to the dozens already available on PS4 and Xbox One, I don’t see how Nintendo plans to make any more of a dent this time around than it did with the Wii U.

The Nintendo Switch will be available on March 3rd for $299.99. If you missed your chance to preorder on Friday, you can visit this post and find out how to be notified the second they come back in stock.