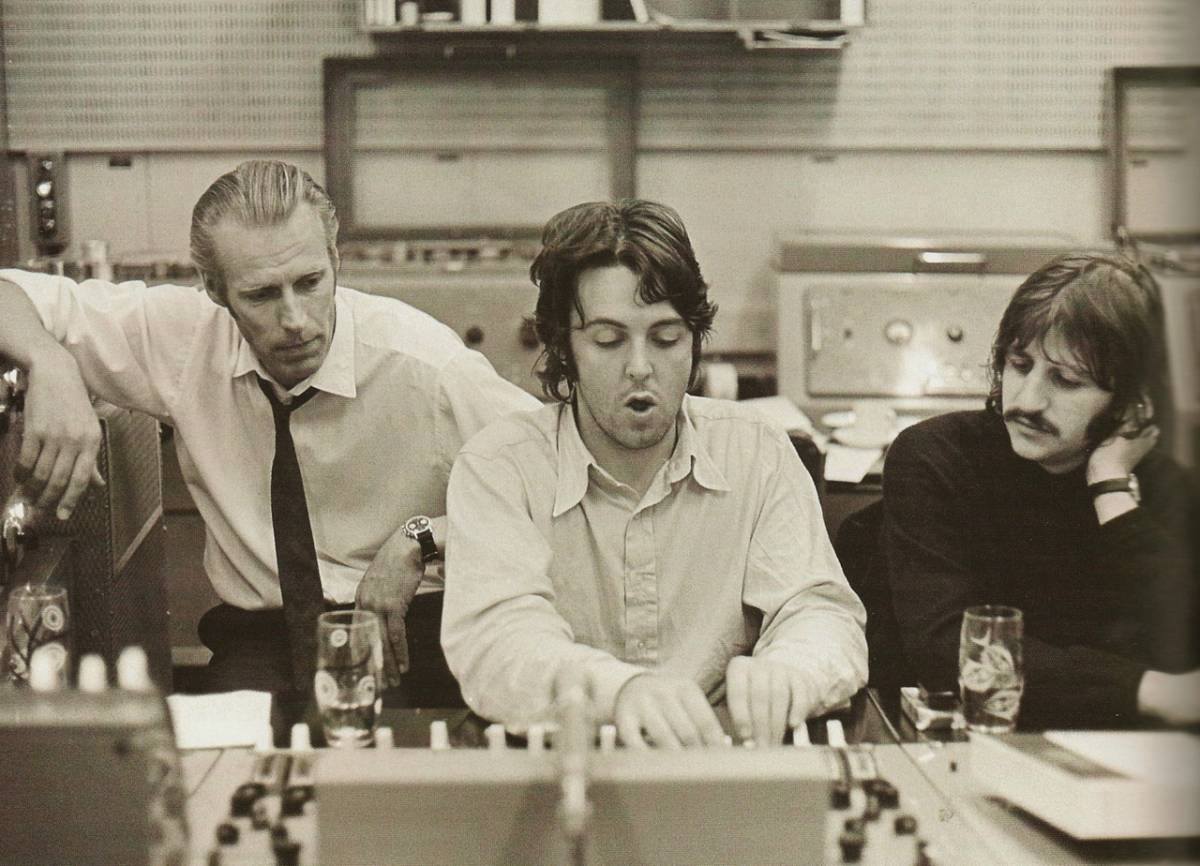 The music world today is mourning legendary producer George Martin, who passed away on Tuesday at the age of 90. Martin was often referred to as the “fifth Beatle” for his contributions to the arrangements of the group’s songs. Although Martin was always very modest about his contributions to the Beatles’ success, there is no doubt that their recordings simply would not have been as strong without his input. Below I’ll go over five times Martin made some key Beatles songs even better.

FROM EARLIER: BMW celebrates 100th birthday by showing off a wild concept car

To be clear, Martin never actually wrote any Beatles’ songs. The essential guts of their music — the melodies, the harmonic progressions and the rhythms — were all created by John, Paul, George and Ringo. What Martin did was to use his knowledge of classical music to add some interesting wrinkles to these songs that made them far more sophisticated than the songs of other bands at the time.

So for instance, if you listen to the keyboard solo toward the end of “In My Life,” that’s actually Martin playing the piano:

The solo is written in the baroque style and was inspired by similar keyboard works written by J.S. Bach.

Interestingly, it was apparently John Lennon’s request that Martin write a baroque-sounding piano solo, but other times it was Martin who pushed the group to embrace more elements of classical music. One such instance was in the song “Yesterday,” which Paul McCartney originally wanted to record as a track with only vocals and acoustic guitar. Martin, however, insisted that he try adding a string quartet accompaniment and it worked like magic:

Martin and McCartney would return to this kind of arrangement later with “Eleanor Rigby,” a ballad about loneliness whose entire instrumental accompaniment consisted of a string octet of four violins, two violas and two cellos. While having the piece played by strings was McCartney’s idea, it was Martin who actually wrote the score and he wrote it with a much more aggressive tone than the string quartet arrangement he’d written for “Yesterday”:

The Beatles’ embrace of elements of classical music wasn’t just restricted to 18th and 19th Century music, however. They also embraced some of the wild innovations that came from post-World War II composers like Karlheinz Stockhausen and John Cage. One example of that is on “Tomorrow Never Knows,” which embraced Stockhausen’s techniques for creating new soundscapes via tape loops.

Martin pioneered some innovative recording techniques on this track to fulfill John Lennon’s request to have his vocals sound like “the Dalai Lama chanting from the hilltop.” Essentially, Martin recorded his voice through a Leslie speaker and then re-recorded it. This gives his voice more of an eerie echo than it otherwise would have had:

And finally, Martin’s contribution to the orchestration at the end of “A Day in the Life” produced something that was completely unheard of in popular music. Martin wrote a very lose score in which musicians were instructed to start on a certain note and then gradually rise up to a final note. The trick here is that they were given the freedom to get to that final note in whatever way they saw fit.

This was a technique of controlled improvisation that had been pioneered by John Cage and Polish composer Witold Lutoslawski and it resulted in a swarming mass of chaotic noise that crescendo and resolved to a giant E-Major chord:

Tweet
What happens to you on social media after being attacked by Donald Trump?