‘Making a Murderer’: Was the Netflix documentary too one-sided? 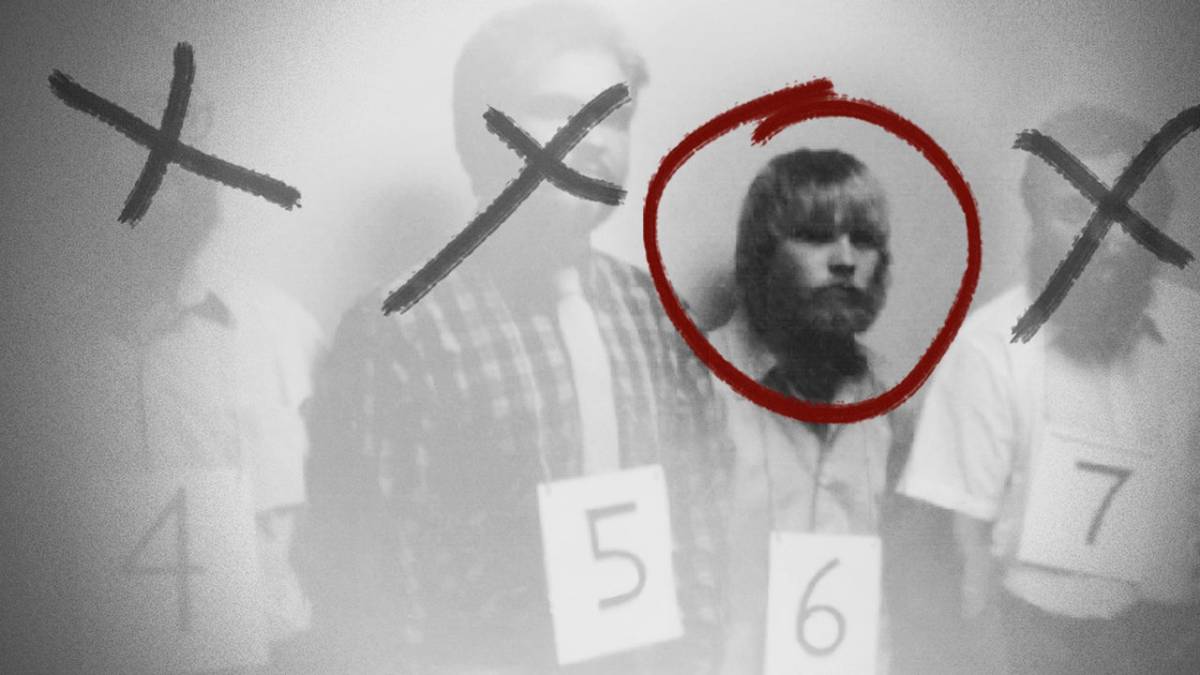 Cut from the same cloth as NPR’s acclaimed Serial podcast, Netflix’s Making a Murderer is a true-crime documentary that prompts its audience to legitimately question whether or not the justice system ended up sending an innocent man to prison.

But what separates Making a Murderer from similar programs is that the show’s focus, Steven Avery, had already been wrongly convicted and sent off to prison. Back in 1985, Avery was sent to prison for a rape that he didn’t commit, only to be released 18 years later thanks to conclusive DNA evidence pointing to another culprit. What makes Avery’s 1985 conviction so infuriating is that the local police handling the investigation all but railroaded Avery, actively ignoring strong evidence which may have pointed to another suspect from the get-go. Shockingly, it wasn’t until 2003 that Avery was finally exonerated and released.

DON’T MISS: Google is rolling out a smart new Android feature that iPhone users will never get

Flash forward to 2005 and Avery is once again caught up in the justice system, this time for murder. There’s no question that the evidence pointing to Avery’s guilt in this case is compelling. At the same time, it’s also hard to ignore the incredibly unscrupulous behavior of law enforcement officials, attorneys, and investigators who were involved in sending Avery and his 16-year old nephew Brendan Dassey to prison for first degree murder. If you thought Serial lent itself to a “did he or didn’t he?” debate, Making a Murderer is Serial on steroids.

As a quick example, Avery’s DNA was found on the hood of the victim’s car. Sounds incriminating, right? That is, of course, until we learn that the DNA technician who inspected the car didn’t change his gloves after conducting an examination of Avery’s trailer, thereby raising the possibility that Avery’s DNA was accidentally transferred over to the car.

This haziness and reasonable doubt surrounding Avery’s guilt is precisely what makes Making a Murderer such a riveting and addictive program. Seemingly every single piece of evidence is counterbalanced by other considerations. As another prime example, the murder victim’s car keys were found in Avery’s trailer. Again, this sounds incredibly incriminating. But at the same time, it’s important to mention that the keys were only found after the seventh search of Avery’s trailer (which is bizarre and questionable in and of itself). Further, the officer who happened to conveniently discover the incriminating key just so happened to play a role in Avery’s prolonged prison stay for rape and shouldn’t have even been involved in the murder investigation in the first place.

Making a Murderer has understandably sparked a vigorous debate about Avery’s alleged guilt and the fairness of the justice system as a whole. While some look at the program as concrete proof that Avery was set up and the victim of an elaborate frame-job, others contend that the filmmakers behind Making a Murderer only presented one side of the story. Those who stake their flag in this particular camp contend that the documentary was told exclusively from the perspective of Steve Avery and that it was purposefully edited to make Avery appear more like a victim than a cold-blooded killer.

Using this as a jumping off point, Kathryn Schultz of The New Yorker writes that the show “seems less like investigative journalism than like highbrow vigilante justice.”

Making a Murderer” raises serious and credible allegations of police and prosecutorial misconduct in the trials of Steven Avery and Brendan Dassey. It also implies that that misconduct was malicious. That could be true; vindictive prosecutions have happened in our justice system before and they will happen again. But the vast majority of misconduct by law enforcement is motivated not by spite but by the belief that the end justifies the means—that it is fine to play fast and loose with the facts if doing so will put a dangerous criminal behind bars.

That same reasoning, with the opposite aims, seems to govern “Making a Murderer.”… [Filmmakers] Ricciardi and Demos instead stack the deck to support their case for Avery, and, as a result, wind up mirroring the entity that they are trying to discredit.

There are a few things to consider here. One, Making a Murderer isn’t a piece of journalism. It’s a documentary. It has a perspective, and while perhaps one-sided at times, the filmmakers note that they unsuccessfully tried to interview those involved in the prosecution of Avery. Second, the documentary is a little more than 10 hours long, which is to say that condensing down a trial that went on for weeks into just a few episodes will of course result in footage being left on the cutting room floor. Third, while there’s no doubt that some of the state’s evidence against Avery was left out, so too were important parts of Avery’s defense.

All that aside, I think Schultz’s position takes on a holier-than-though approach, thereby making it all too easy to nitpick at things she thinks the filmmakers should have tried to accomplish.

The petition points to another weakness of “Making a Murderer”: it is far more concerned with vindicating wronged individuals than with fixing the system that wronged them. The series presents Avery’s case as a one-off—a preposterous crusade by a grudge-bearing county sheriff’s department to discredit and imprison a nemesis. (Hence the ad-hominem attacks the show has inspired.) But you don’t need to have filed a thirty-six-million-dollar suit against law enforcement to be detained, denied basic rights, and have evidence planted on your person or property. Among other things, simply being black can suffice. While Avery’s story is dramatic, every component of it is sadly common. Seventy-two per cent of wrongful convictions involve a mistaken eyewitness. Twenty-seven per cent involve false confessions. Nearly half involve scientific fraud or junk science. More than a third involve suppression of evidence by police.

All valid points, but the documentary was uniquely concerned with the plight of Steven Avery. Guilty or innocent, looking at the justice system through a more expansive lens was never the intention of the documentary. If anything, the impressive work the filmmakers did in putting Making a Murder together can, in the future, serve as a useful resource and foundation for other filmmakers who decide to approach the issue as Schultz would have preferred. Indeed, almost every one of the topics Schultz brings up – the reliability of eye witnesses, videotaped interrogations, forensic testing issues, ethically challenged attorneys –  could easily be the subject of its own feature-length documentary.

For what it’s worth, the creators of Making a Murderer remain steadfast in their belief that they adequately represented all sides in the documentary. In an interview with the National Post, creators Laura Ricciardi and Moira Demos explain:

Rather, “our goal was always to reach as wide an audience as possible and to start a dialogue,” Demos explains during a recent phone interview. “Obviously there’s a very loud debate about guilt and innocence, but that was not really our driving question in making this. We were using Steven’s story as a window into the system; as a way to really pull back the curtain on the American criminal justice system.”

Ricciardi firmly believes Making A Murderer to be an unbiased account of what transpired in the Avery case. “We included as many points of view as were available to us, including Mike Halbach. Including Ken Kratz’s and the state’s. These were people that decided for themselves not to sit down with us and give a sit down interview but we used our original and acquired footage to tell their point of view as accurately and fairly as we could. We think multiple points of view are represented in the series.”

Schultz, however, is clearly not convinced, and concludes with the following statement.

Toward the end of the series, Dean Strang, Steven Avery’s defense lawyer, notes that most of the problems in the criminal-justice system stem from “unwarranted certitude”—what he calls “a tragic lack of humility of everyone who participates.” Ultimately, “Making a Murderer” shares that flaw; it does not challenge our yearning for certainty or do the difficult work of helping to foster humility. Instead, it swaps one absolute for another—and, in doing so, comes to resemble the system it seeks to correct.

I’m not quite sure that Schultz’s sweeping declarations here pass muster. In fact, I’d venture to say that the series is incredibly captivating precisely because it does not offer up any absolutes. The debate surrounding Avery and Dassey’s alleged innocence is vigorous and heated. In other words, it’s not as if 90+% of viewers are so quick to assume that both Avery and Dassey are innocent. On the contrary, many viewers come away from the documentary exceedingly confident that the right people went to prison. This is hardly the mark of an overtly one-sided production. If anything, the show is extremely popular not because it deals with absolutes, but because it engenders conflicting and passionate viewpoints on any number of important issues.

The proclamation that the documentary is more akin to ‘highbrow vigilante justice’ than to ‘investigative journalism’ makes for a sexy soundbite, but I’m not so sure that it really encapsulates what Making a Murderer truly achieves.

Make sure to hit the source link for Schultz’s full critique on the show. I may not agree with the entirety of her position, but she nonetheless raises a number of thought-provoking and insightful points. At the very least, it’s productive and reassuring to see people at the very least talking about some of the problems that currently plague the criminal justice system and individuals who suffer immensely as a result.

Tweet
Netflix is about to get more expensive again