The Martian review: Bringing life to the Red Planet 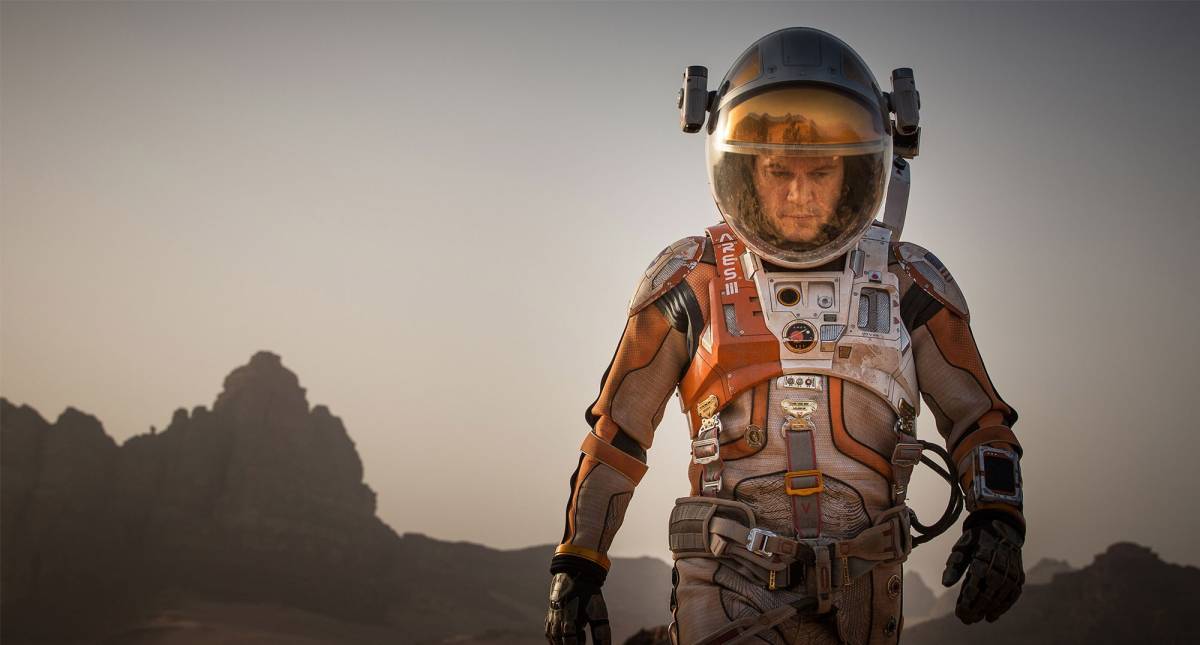 Reading the synopsis for The Martian, you might think that Ridley Scott wanted to direct his own version of Gravity — another movie about an astronaut doing everything he can to survive in the desolate, uncaring void of space.

But here’s the big difference between Gravity and The Martian: where Sandra Bullock was pitted against the dangers of space, Matt Damon has to learn to coexist with it.

READ MORE: Renowned critic is stunned by Apple Music: ‘How could they get it so wrong?’

I can’t remember the last time I saw a movie set in space that didn’t try to make the audience feel like they were suffocating. It happened in Prometheus, it happened in Gravity and it happened in Interstellar, but The Martian believes that space is nothing more than a problem that needs solving.

And here’s the fun part: Matt Damon is a great problem solver.

The Martian is based on a novel self-published by author Andy Weir in 2011. It follows NASA astronaut and botanist Mark Watney after he’s left for dead on Mars by his crew and has to find a way to survive while he works out some way to get in touch with NASA.

Despite the dire circumstances, the tone of the movie is relatively light, never allowing the audience or Watney himself to dwell on the possibilities of the equipment his crew left behind failing, or NASA simply giving up on him entirely, for too long.

Instead, after slowly working his way back to the base of operations that his crew had to abandon when a violent storm kicked up on the surface of the red planet, Watney starts developing a plan that will allow him to survive on Mars for months or possibly years to come.

In the meantime, Jeff Daniels, the near-emotionless director of NASA, has to deliver the difficult news that Watney perished on Mars. Unlike Cast Away or other movies of its ilk, we split our time fairly evenly with Mark Watney and the team at NASA as they discover the truth of the matter.

Jumping back and forth between Mars and Earth also helps keep Watney’s plight in perspective while giving us countless branches to grab on to in the form of an incredible (and constantly expanding) cast of stars. Kristen Wiig, Chiwetel Ejiofor, Sean Bean, Donald Glover — it’s hard be too glum when these guys and gals are hanging around to light up every scene.

Where the movie truly succeeds is in both its dedication to the science and in giving NASA a pulse. Every few months, NASA will suddenly have a massive revelation to share with us before vanishing in a puff of smoke, but it’s clear that the agency allowed Ridley and his crew a great deal of freedom when it came to portraying the inner workings of the organization.

By the end of the movie, you’ll feel like you have a stronger grasp on what exactly these people do on a day-to-day basis. No, they don’t have to explain why a man is living on Mars or verbally spar with either Dumb or Dumber, but these are people with important, fascinating jobs.

If you prefer your space abandonment movies to have a sense of humor, you’re not going to do much better than The Martian this summer, or any other summer for that matter. It’s easily one of the most enjoyable movies of the year so far.