Sage Solitaire: Your next addiction is now free to download on the App Store 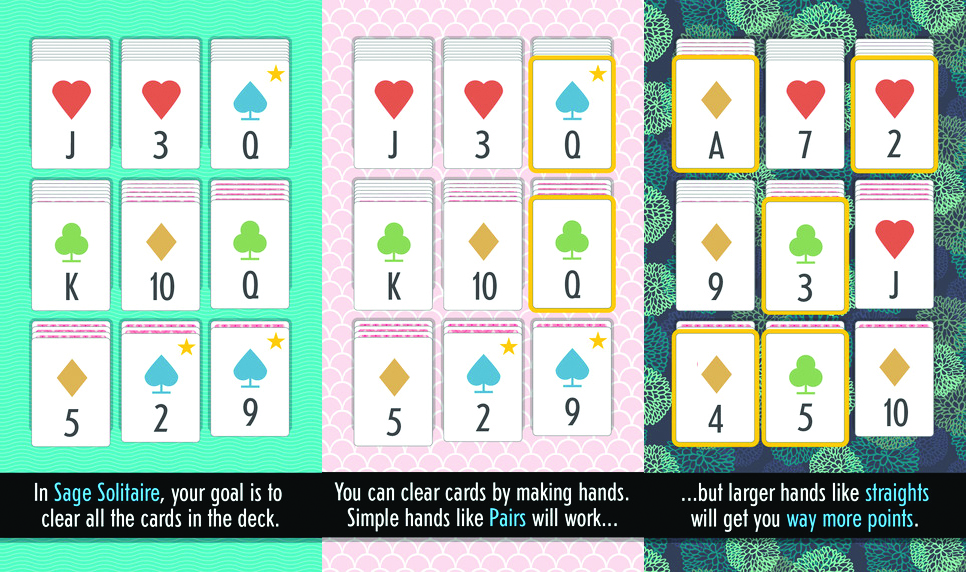 What if I told you that solitaire needed a reboot? You’d probably call me crazy, but then I’d know that you hadn’t given Sage Solitaire a chance yet. Sage Solitaire is the latest game from legendary iOS game designer Zach Gage, whom you might know from SpellTower, one of the best word games to ever appear on mobile devices.

And did I mention it’s free? Because Sage Solitaire is free.

SEE ALSO: Everything we expect to see at Apple’s big iPhone 6s event

Here’s how this remixed version of solitaire works:

It’s simple, it plays quick and you probably won’t be able to put your iPhone down for the first hour after you download it. Plus, if you really find yourself enjoying it, you can pay $2.99 to unlock the full game, which includes Double Deck mode and Fifteens mode, as well as wallpapers, card backs, stat tracking and leaderboards.

Before you leave your home this weekend, download Sage Solitaire. It’s worth the megabytes.