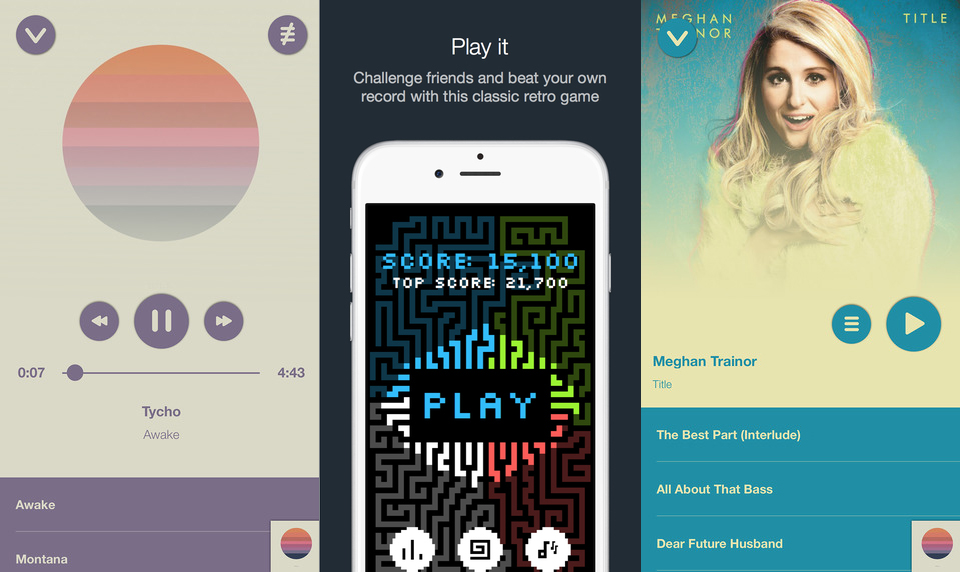 It’s been quite a week for paid iPhone and iPad apps on sale for free, and yesterday’s list was our biggest one yet. There were 10 apps in total in Thursday’s sale post, and a few of them can still be downloaded for free if you hurry. Today, however, we have eight fresh paid iOS apps that are all on sale for free for a limited time.

Miblii Is Now A Universal Application, that means it works on both your iPhone and iPad as a single purchase.

Miblii Analyses The Colors In The Album Art To Provide An Even Bigger Story.

Tap The Album Cover In The Right Hand Corner To See What’s Playing And What’s To Come.

Let Your Friends Know What’s Up By Sharing What You’re Listening To Straight From Within Miblii.

GET ORGANIZED:
Ever felt it is a hassle to add event, set time, and set calendar? Let’s get your events at the correct time and in the right color. It will show you colorful timeline on month view.

Get Pocket Calendar – All your events at the right place!

• ADDING TIME IS A SINGLE TOUCH
– Just slide your finger to set a time for events.

• NO MORE DOTS ON YOUR MONTH VIEW
– Pocket Calendar gives you colorful timeline on your month view. It also marks your days bold when you have some events going on. Your month will be readable again.

• BE COLORFUL WITH CALENDARS (Colors: 300+)
– No matter what calendar service you use (iCloud/Google/Exchange,Etc), you can change color and name of your calendars. Have fun playing with our easy to use color picker!

• SWIPE TO MOVE MONTHS
– Just swipe your fingers to navigate through your months. You can either slide on the month view or slide on the navigation bar.

Busy starts your day with your Most Important Task. Making the rest of your day easy.

Busy won’t distract you with all your tasks at once or give you unnecessary features that take time to learn or setup. Instead, Busy puts you on a path to your ultimate goal; getting things done.

MOST IMPORTANT TASK ALERTS
A daily, automated reminder to start your Most Important Task.

PROJECT PLANNING
Each project features an Inbox, Important, Later, and Done list to keep you organized.

DRAG AND DROP
Sort and move tasks between lists with a simple, natural gesture.

Effect FX provides 296 filter effects beloved by professional photographers, all conveniently packed in 10 different themes, Light Leaks themes vary from the feel of film camera to the unique sets of classy moods or fun creativity, whether you are looking for vintage sentiments or special effects like skin smoothing, blur, textures, or light leak, you will find it all in Effect FX.

◆ Over 2 million others are now using NodeBeat! ◆

Make music with NodeBeat, the intuitive and fun visual music app for all ages. Whether you’re 2 or 92, NodeBeat will make you sound like a pro. Create your own music in a matter of minutes or listen to NodeBeat generate its own. Easily share your creations with others or save them for later to show your friends. Discover your musical genius with NodeBeat!

Introducing an awesome re-make of the classic retro Snake game, you can even play it on the Apple Watch!

– Score big on your iPhone but even better show off the score you got on the Apple Watch.
– Check out where you rank with game centre leaderboards for iPhone and the Apple Watch.