This is Yooka-Laylee, the next game from the creators of Banjo-Kazooie 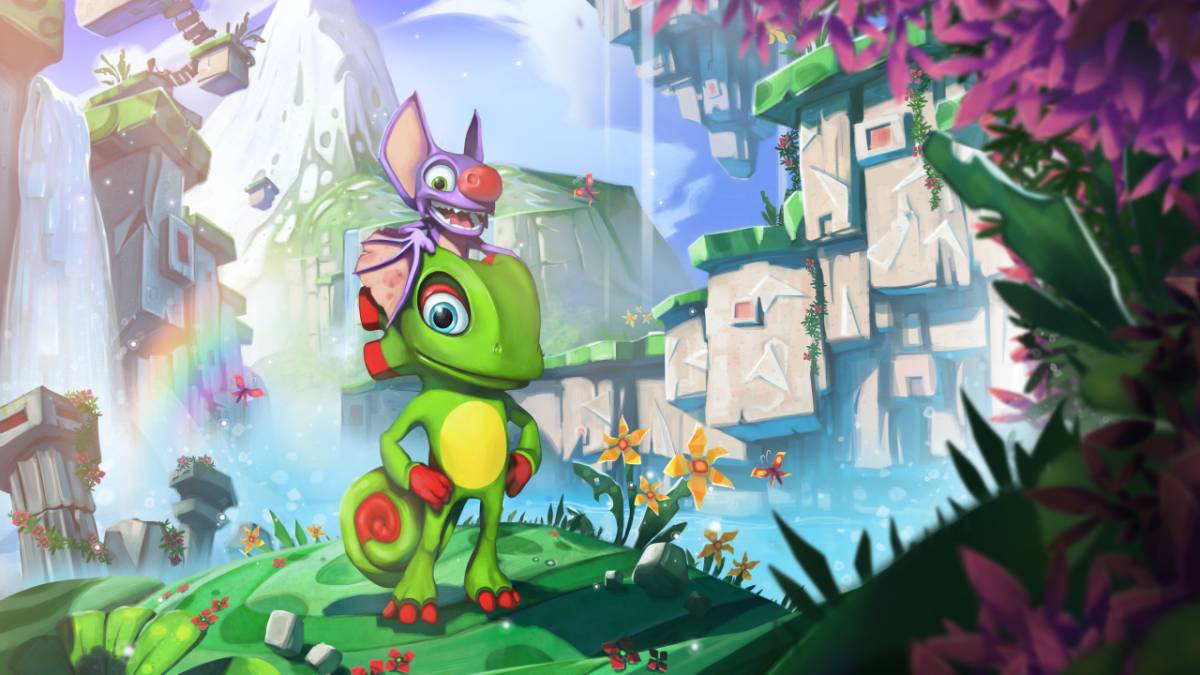 There are plenty of highly anticipated games launching later this year, but not many of them have quite as much history as Yooka-Laylee, the debut project from Playtonic Games.

DON’T MISS: Here are all the PS4, PS3 and Vita games you can get for free in May

If you’ve never heard of Playtonic Games, that’s probably because they didn’t exist until February of this year, but the company consists of some of the famed developers and artists that led development studio Rare in its heyday, and worked on such classic games as Donkey Kong Country, Donkey Kong 64 and, of course, Banjo-Kazooie.

Earlier this year, the team revealed that they intended to make a follow-up to Banjo-Kazooie – arguably the most beloved of Rare’s Nintendo 64 games. After months of teasing, we finally have our first look at the result of their labor.

Yooka-Laylee (formerly known as Project Ukulele) is a character-driven, 3D-platformer that takes inspiration from the platformers of the ’90s. Yooka, the lizard, is able to use his tongue like a grappling, and Laylee, the bat, can grab Yooka and fly him around for a limited time.

The team has been only working on Yooka-Laylee for three months, but based on the gameplay footage over at IGN, the project is moving at a surprisingly fast pace.

On May 1st, the Playtonic Games will launch a Kickstarter campaign for Yooka-Laylee, allowing backers to pick up this finished product for $15. If the game is funded, it will launch on PS4, Xbox One, Wii U, PC and Mac.

UPDATE: The Kickstarter campaign is now live! You can contribute at this link.