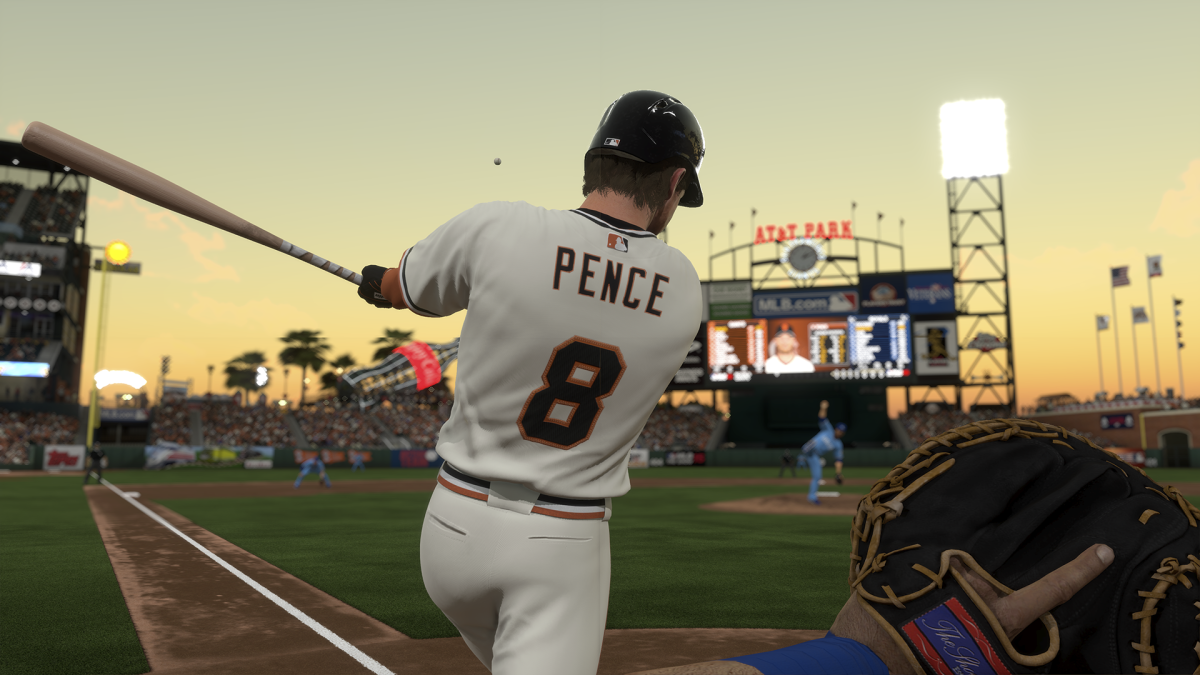 When I elected to review MLB 14 The Show last year, I thought I might be in over my head. I hadn’t played any of the recent entries in the series and I didn’t think I would fare especially well within the game, regardless of how well put together it was. Thankfully, my worries were misplaced, and I found myself immersed in a sports game for the first time in years.

I was hoping to have a similar experience with MLB 15 The Show, but after spending hours with San Diego Studio’s sequel, I have begun to see through the veneer of the improved visuals and have found a game that feels more like a step backwards than a home run.

Let’s start with the improvements, rather than piling on the negativity up front. The most noticeable refinement comes in the form of shorter load times. It took ages to do anything in MLB 14 on account of the dreadfully long load times, but San Diego Studio has alleviated this problem significantly for its second PS4 entry.

Diamond Dynasty, one of the game’s most popular modes, has also been simplified, and now rewards you with new player cards to build out your custom team after every matchup, even if you lose. Collecting and perfecting a team is just as addicting as it was last year, which means both casual and hardcore players alike will find plenty to obsess over in Diamond Dynasty.

Pitching and hitting have also been adjusted, giving the player more meaningful control over the hundreds of pitchers and batters in the game. Directional hitting allows players to adjust the location of their swings, potentially giving them an advantage over a pitcher who keeps throwing to the same spot.

Pitchers will also be able to see a trail on their pitches, which makes it easier to judge exactly how the pitch will break over (or away from) the plate.

The developers have also placed more emphasis on manual fielding this year. You can’t depend on your outfielders to be magnetized to a fly ball any more – you’ll have to line your player up and make the catch yourself.

But despite these welcome changes and the minor graphical overhaul (one which won’t blow away anyone who played MLB 14 on PS4), my sessions were consistently marred by bugs and glitches, along with realizations about the game’s inexplicable limitations.

I began to run into issues almost immediately. Most are relatively insignificant, such as the painfully abbreviated soundtrack or the way that the game refuses to save my gameplay options between sessions, but after several hours immersed in the world of MLB 15, the little things started to add up, to the point where my frustrations outweighed any fun the game was providing.

During nearly every game I played online, I inevitably had to fight through an at bat or two where the pitches would glitch through the air on their way to the plate. In a tie game, any of those pitches could have been the one to put me back in front.

On the audio front — and this has been true of every MLB The Show title from what I understand — the commentary is still boring enough to put you to sleep. There’s no excitement, no interaction between the guys in the booth and worst of all, the announcers regularly call plays that look nothing like what’s actually happening in the ballpark.

But the true bug de résistance came while a friend of mine was playing online. At some point in the fourth inning, without any explanation, the game deducted a run from his team. He sent me the screenshot in disbelief, and we both tried to decipher the “-1” on the box score. I’ve only been watching baseball for a few years, but I can’t remember ever seeing a negative run on TV.

Despite my many, many gripes with the game, I’ve still enjoyed a majority of my time with MLB 15. The online modes are plentiful and robust, the stadiums and players look even better than they did last year, and giving players more free digital goodies just for playing is always nice — it’s just not enough for me to recommend MLB 15 to anyone on the fence about upgrading this year.

Sony provided BGR with a copy of MLB 15 The Show for the PlayStation 4 for this review.