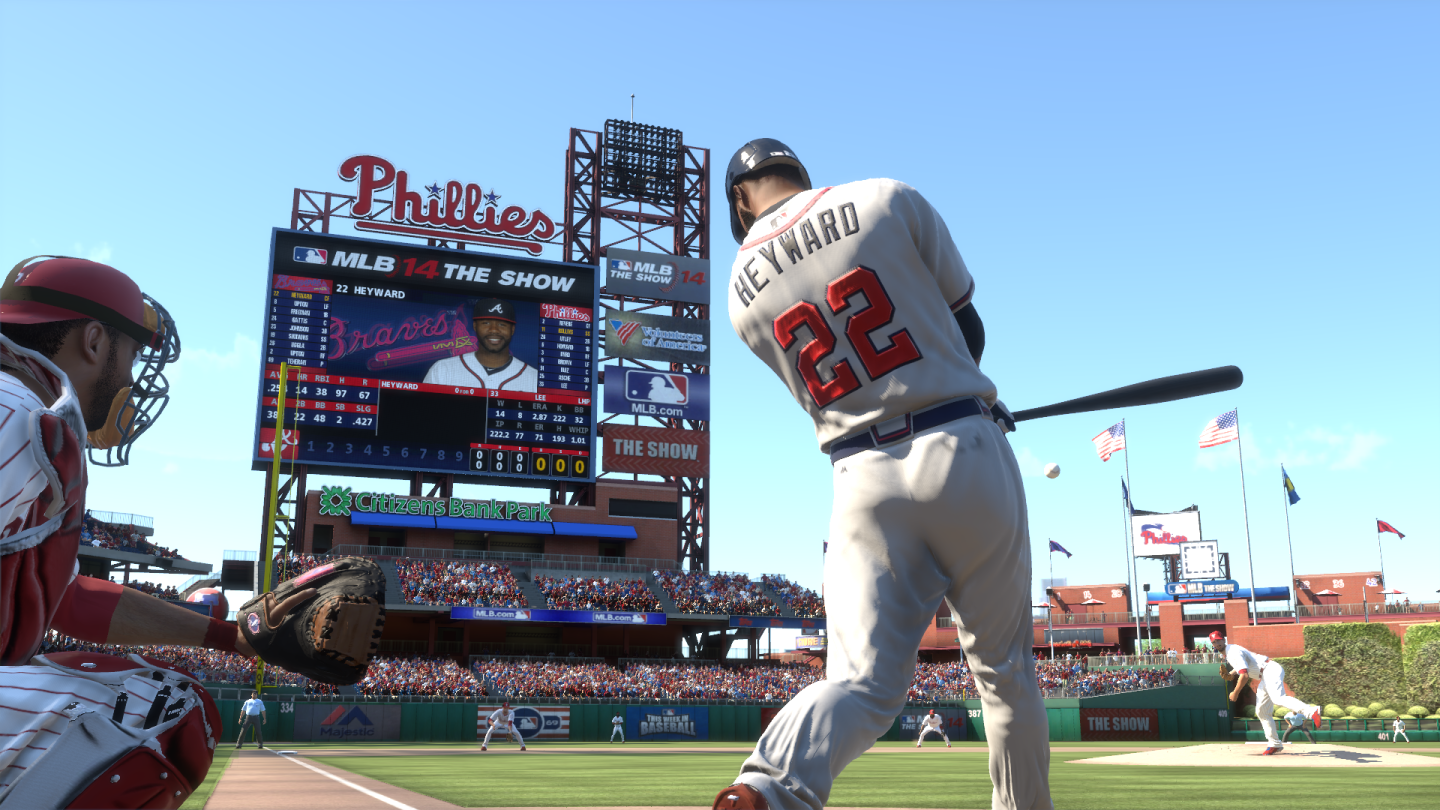 Sports game franchises are infamous for their inability to break new ground. Year after year, with the same modes, the same features, the same mechanics — it’s all too easy to fall into a slump, one which has arguably stricken many of the EA Sports titles. As competition fades away, the problem gets worse, but even as the only developer with a triple-A baseball game on the market, SCEA’s San Diego Studio has managed to go above and beyond what I expected from MLB 14 The Show.

As in previous years, MLB 14 features enough modes to make your head spin. You can jump right into an exhibition game, simulate a live game that’s being played in real time, start a Diamond Dynasty, manage a franchise, participate in the Home Run Derby or begin your Road to the Show.

As the name would suggest, the Road to the Show is, and has always been, one of the game’s primary draws. Starting in a home region of your choice, you’ll be able to craft your own player with any position in mind, attempting to draw the attention of scouts as you hone your skills. Once you’ve proven your mettle, your character will be thrown into the draft, fingers crossed that he ends up on your favorite team.

Your first hit in a big league ball park is as exciting as you’d expect, just as being traded is about as devastating as you’d imagine. You can skip around as much as you like, speeding up the season to play the match-ups that look the most interesting.

The idea of a custom campaign has become hackneyed in recent years, but the Road to the Show is an engrossing one. As a below-average player, I suffered the consequences of my frequent errors and strikeouts. It forced me to practice, to get better in order to earn my way back into the regular rotation.

As I discovered in my preview of the game earlier this year, the attempt by San Diego Studio to speed up the historical glacial pace of baseball was as successful as any fan could have hoped it would be.

If you’re still looking to play a full game with your entire roster, but you don’t have hours to kill, Quick Counts are a revelation. You’ll take control of each batter in the middle of an at-bat. The abbreviated count depends on how that batter typically performs in real games.

Speeding up the game even further is Player Lock: the ability to take control of just one player for the entirety of a game. Innings will fly by as you take your swings and either run the bases or head to the dugout.

A full game of MLB 14 The Show is a commitment, as it always has been, but with Quick Counts and Player Lock, you’ll be back to the main menu with a victory or a defeat under your belt before you know it.

Some of the other additions to this year’s entry include an Online Franchise mode, Dynamic Difficulty ( for beginners like me and experts who want a challenge right off the bat) and Community Challenges. As a recent inductee into the baseball fandom, the Community Challenges were especially entertaining as other players have taken the time to recreate specific moments in baseball history for you to attempt to emulate.

The visuals are markedly improved from not only past entries in the series, but even from the PlayStation 3 counterpart. Ballparks are absolutely stunning, as are the the player models and expressive crowd. Each and every stance, each pre-pitch ritual has been recreated with almost frightening precision. You’ll recognize your favorite player from a quick glance.

The attention to detail in the PS4 version of the game is astounding. A few weeks ago, B.J. Upton of the Atlanta Braves started wearing glasses out of the blue. He’s never worn glasses before during a game, but after a rough stretch early in the season, he decided it was time for a change. As I loaded up a fresh roster and started a new game, B.J. Upton walked up to the batter’s box, glasses in tow. It’s an almost insignificant detail, but one that genuinely surprised me.

Unfortunately, the animations haven’t caught up with the new generation quite yet. Throws and swings occasionally look stilted, as though they’ve skipped a frame or two. It’s never as distracting as any given game of Madden or NBA 2K, but it’s something to work on as the team becomes more comfortable with the new hardware.

[Side note: The PS3 and PS Vita versions of the game are nearly identical to MLB 14 on the PS4. Obviously, the visuals aren’t quite of the same caliber, but the content is pretty much the same. Being able to carry your data over from one version to the next is an extraordinarily worthwhile feature. If you’re looking for a portable companion for your baseball obsession, the Vita version should definitely be on your radar, even if the controls could use some work.]

It’s impossible to dig into everything on offer in MLB 14 — as a casual sports gamer, I was nearly swallowed up by the countless modes of play, the journey of my custom character on his way to the big leagues and the surprisingly engaging bite-sized challenges created by the community. If you are looking for a baseball fix, there’s no competition for MLB 14 The Show. And for once, that’s a good thing.

Sony provided BGR with a copy of MLB 14 The Show for the PlayStation 4 for this review.