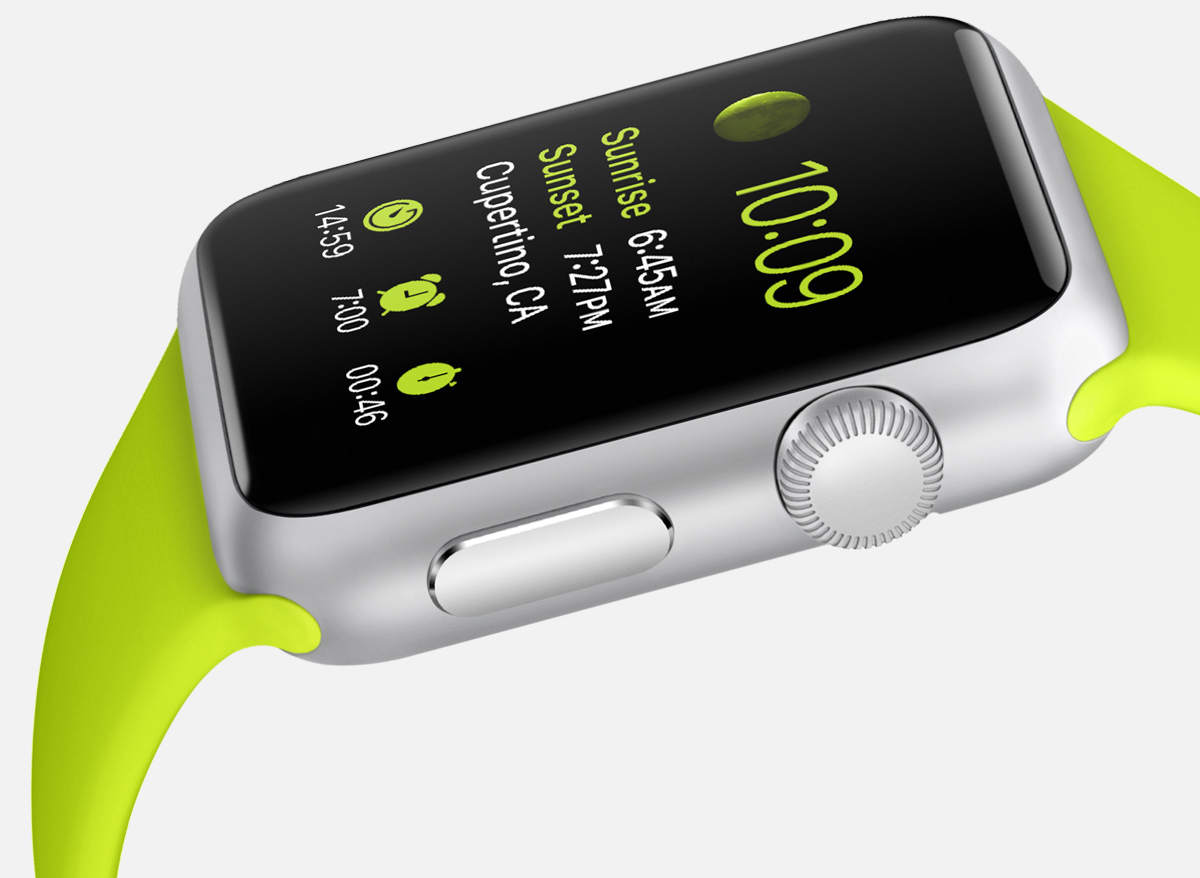 The Apple Watch was already official, but now it’s officially official. We had already seen the sleek new device unveiled this past September during the iPhone 6 event, but Monday’s big press conference filled in all the blanks. We learned how long the battery will last, we learned how much each new model will cost, and we learned when the Apple Watch will finally be released.

We also learned conclusively that the Apple Watch isn’t just a cut above the competition, it’s in a completely different league.

Early Android-powered smartwatches were a complete and total disaster in every way. Companies rushed out half-baked watches with hideous designs in an effort to be among the first to market, but the result was a grim reminder of the early days of the consumer tablet market.

Nokia was the first big CE company to push consumer tablets, but they were terrible. Then Apple came along with the iPad and “invented” a whole new category.

Now, history is repeating itself.

Beginning with the design, Apple almost always outshines rivals in this regard and the Apple Watch is a prime example. The fit and finish of this new device are simply stunning. Whereas most smartwathes look like a sad cross between a Swatch watch and a Casio wrist calculator, the Apple Watch looks like a luxury timepiece… because it is.

Sometimes the disparity between “gadget enthusiast” and “normal consumer” is somewhat narrow, and sometimes there is a gaping void. In the case of Android Wear, the latter is the case.

Someday, Android Wear will be a fantastic platform for wearable devices. For the time being, it’s a niche platform for hardcore Android enthusiasts who love it because it’s all they know. Show an Android Wear device to any mass-market consumer and you won’t find any love — you’ll find confusion and disgust. Trust me, I’ve tried it dozens of times.

There are impressive built-in features like Health and Digital Touch, and what we’ve seen so far of third-party apps looks very solid as well.

Which brings us to…

Apple’s iPhone and iPad are supported by the best mobile app ecosystem in the world. Android might have more apps, but the quality of third-party iOS apps is second to none. There are a few key reasons for this, but it mainly boils down to Apple’s developer environment and the control it exercises.

Now, it appears as though the same will be true in the smartwatch market.

There are a few apps for Android Wear that are decent, but the platform doesn’t do a good enough job of guiding developers. The end result is a mess that lacks consistency and refinement.

This has always been a big problem for Google. The company knows it all too well, and we’re finally seeing it addressed with Material Design.

Services like Apple Pay are the future, but we won’t arrive at that future until they work on all devices and in all retail establishments.

Right now, Apple Pay only works in stores on two devices, the iPhone 6 and iPhone 6 Plus.

With the Apple Watch, users have access to in-store Apple Pay payments with older iPhones as well, which is a big deal.

The question of how to interact with a smartwatch remains a difficult one.

As we discussed at length in our old Samsung Galaxy Gear review, voice is most often not the right answer. It’s awkward and impractical. Apple did include Siri as an option for many interactions on the Apple Watch, and we’re skeptical that the experience will be much better than what we’ve seen on rival watches.

Force touch adds an entirely new dimension to touch screen interactions by giving a device the ability to decipher between a firm touch and a light touch. As a result, taps and swipes with different amounts of force applied can perform different functions.

Couple that with standard multitouch support, and interacting with the Apple Watch should be a much better experience in many scenarios than what we’ve seen before.