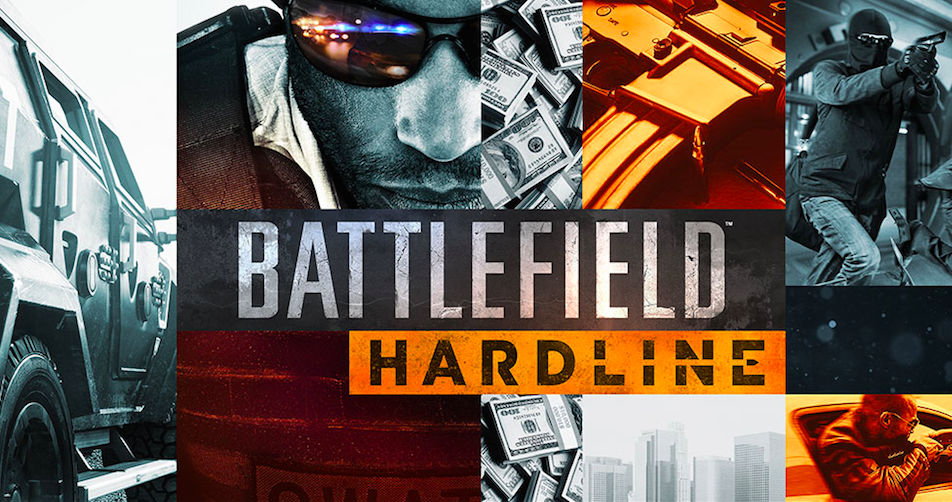 Building a franchise is a risky proposition. Change too much from game to game and the hardcore fans start to turn against you. Change too little and the casual fans begin to get restless. It’s something that Call of Duty, Assassin’s Creed and Battlefield have each grappled with for the past several years, but Visceral Games decided to throw caution to the wind with Battlefield Hardline.

Battlefield Hardline is not the same game you bought last year. In fact, it hardly even resembles the series it takes its name from. Hardline is a game about cops and criminals, a far cry from the massive scale of previous entries. In Hardline, you take on the role of Nick Mendoza, a police detective betrayed by members of his squad.

Last week, I had the chance to sit down with Steve Papoutsis, general manager at Visceral Games and executive producer on Battlefield Hardline, to play through portions of two of the game’s ten “episodes.” I say episodes rather than levels because Hardline is set up like a procedural TV drama. Think CSI: Battlefield, but with better acting and a more cohesive plot.

The first episode begins with a long, exposition-filled ride through the streets of Miami, introducing me to Nick and his partner, Khai Minh Dao. After getting a feel for the incredibly detailed city Visceral had built, the two of us exited the vehicle to find a drug dealer in the slums. Once we’d bagged him, it was time to put him to work.

In the next scene, we watched as our perp entered a building which was filled from top to bottom with gang members. One he’d made contact, it was my turn to scope out the area. If you’ve played the recent Far Cry games, you’ll be familiar with the idea of tagging enemies before working your way through their ranks. After I’d tagged everyone in sight, Khai and I snuck on to the scene.

This is where Hardline breaks with tradition. Rather than running and gunning your way through a swarm of enemy soldiers, you’re encouraged to take it slow, sneaking up behind criminals and flashing your badge in order to freeze them in place. Once you’re close enough, you can cuff them, which will reward you with significantly more experience than killing them.

Another important element of the campaign is the collection case files hidden throughout the world, which can be spotted using the same scanner that tags enemies. If you complete a set of case files, you’ll unlock a weapon or item for the campaign as well as a Battlepack for use in multiplayer.

Playing through the campaign has no bearing on multiplayer progression, but the incentive of free Battlepacks might convince a few players who would have ignored the campaign otherwise to give it a shot.

Over the past few months, Visceral has considerably altered the way that players progress through the campaign. Rather than collecting money, as was the case in the previous builds, experience is now the sole means of advancement. Once you raise in rank, you’ll unlock a new tier of weapons to select from weapon caches scattered around the environment.

Visceral realized that overcomplicating the progression system would just lead to confusion and frustration, distracting from the actual game. Having played through far too many plodding FPS campaigns, I’m inclined to agree with the development team.

After I escaped the building and finished the first episode, I was thrown into a late game mission where I was tasked with infiltrating a skyscraper.

This is where the game’s wide array of tools came into play. I could use a grappling gun to scale the nearby parking garage, I could equip a zipline and try to slide on to a nearby balcony — it was up to me how I wanted to handle the encounter.

After a failed attempt resulting in a swarm of guards descending upon my location, I started again, snuck around to the back of the building, cut the alarm and flanked the guards. Hardline mercifully keeps every enemy marked from the previous attempt, so I could jump straight into the action rather than have to set up a second time.

Once the first two floors had been cleared, Khai and I bolted for the elevator in order to reach the penthouse. Once we’d retrieved what we needed, I was thrown into my first defense scenario, one of the few situations in the game where combat is a necessity. Two waves of enemies stormed the penthouse, filing in as I did my best to take them out before they got too close.

Balancing the stealth and the combat has surely been a challenge for Visceral, but from what I’ve seen, it’s making for a much more diverse, compelling campaign.

I didn’t have a chance to try out the updated multiplayer, but I asked Papoutsis about the delay and how much progress had been made since the beta. He told me that the only way the team was going to be able to address all the concerns that players had expressed was to simply spend more time working on the game.

This has not only given the team a chance to refine the multiplayer experience, but also polish the campaign and make a few drastic changes that they wouldn’t have had time for otherwise. It’s a shame we didn’t have one more huge shooter this fall, but Hardline is better for it.

Having only scratched the surface of the campaign, it’s still too early to tell whether or not Visceral Games has succeeded in crafting a compelling story, but the change of pace is refreshing, to say the least. More developers need to follow Visceral’s lead and take those huge risks — after all, it’s paying dividends for Hardline.