T-Mobile CellSpot review: Another game-changer from the Un-carrier 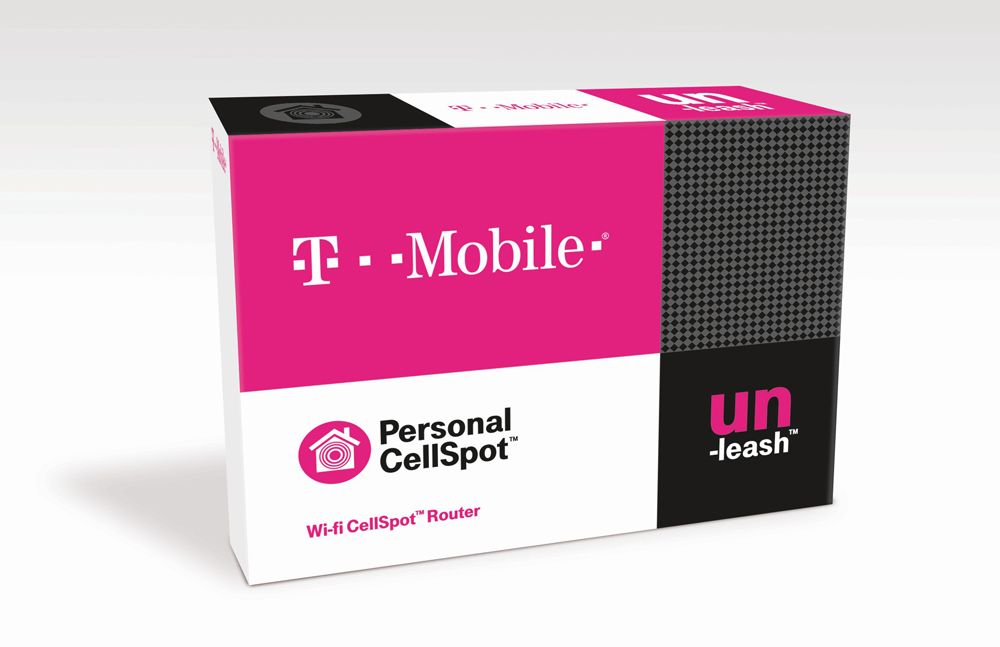 What if, with a comparatively minuscule investment, a wireless carrier could increase its network coverage dramatically without building a single new cell tower or working out any new licensing deals? It might sound impossible, but T-Mobile did exactly that last week when it announced plans to “unleash” Wi-Fi.

The company’s “Un-carrier 7.0” event was quite entertaining, as all events led by T-Mobile CEO John Legere are. But this is about much more than entertainment. In an industry dominated by risk-averse giants that are perceived as anything but consumer friendly, T-Mobile is forcing change that, for the most part, benefits subscribers as much as it benefits the company’s bottom line.

Standing in front of a small group of media and analysts last Wednesday, T-Mobile’s fearless chief joked, laughed and swore up a storm when discussing the competition. But the meat of his entertaining presentation was nothing short of game-changing:

By taking advantage of new technology that allows voice calls on smartphones to seamlessly bounce back and forth between Wi-Fi and cellular networks, T-Mobile is able to transform every Wi-Fi network available to a T-Mobile subscriber into a T-Mobile cell tower.

This concept is brilliant on several different levels. First, it reduces the load on T-Mobile’s network and therefore saves the carrier money. Second, it dramatically expands T-Mobile’s coverage. While T-Mobile is currently improving its 4G LTE cellular network at a breakneck pace, its coverage still can’t match that of its two larger rivals, Verizon Wireless and AT&T.

Making matters worse is a lingering perception, even in areas where T-Mobile’s service has improved dramatically, that the carrier’s service is as spotty as it was a year or two ago. T-Mobile indeed still cannot boast of coverage that rivals Verizon or AT&T in many areas, but it often doesn’t even get credit when its coverage does improve.

The iPhone 5s “test drive” is one way T-Mobile is trying to get consumers to give it another chance, but if marketed well, the carrier’s new Wi-Fi initiatives will have a much more substantial impact.

Under the carrier’s new initiative, any and every Wi-Fi network to which a T-Mobile phone can connect, public or private, becomes part of the T-Mobile network. Thanks to software on all T-Mobile smartphones, calls, text messages and multimedia messages can all be delivered over Wi-Fi networks.

What’s more, newer T-Mobile phones starting with the iPhone 6 and iPhone 6 Plus feature enhanced software that allows calls to seamlessly switch from a Wi-Fi network to T-Mobile’s cellular network and back. This new handoff feature means calls will stay connected as Wi-Fi connectivity comes and goes.

Also of note, T-Mobile confirmed that many newer smartphones that are already available will eventually receive software updates that enable enhanced Wi-Fi calling.

The second part of T-Mobile’s new plan is equally brilliant. The carrier is offering all subscribers with a Simple Choice plan a free device it calls a Personal CellSpot.

Built by Asus, the Personal CellSpot is a powerful Wi-Fi router that can replace your existing home router or work alongside it. Of course, T-Mobile recommends the former scenario as opposed to the latter to prevent interference.

So, what exactly makes the Personal CellSpot so special?

Just as important is the second benefit: the CellSpot includes patent-pending T-Mobile technology that prioritizes voice traffic over other traffic. In theory, this means that if you’re on a call while another family member is downloading gigantic movie files, your call will still be crystal clear.

But how does it work in practice?

T-Mobile sent me a Personal CellSpot to review and I can report that the device delivers on both major claims. The range is impressive — I was able to maintain a connection and make voice calls from nearly a full block away from my house — and I also experienced no call breakups while performing various data-heavy tasks on my network.

For example, I tested Wi-Fi calling while slamming my pathetic Time Warner Cable internet connection with huge file downloads and streaming video, and I never had any issues with voice call degradation.

The best part? Beginning Wednesday, September 17th at 8:00 a.m., T-Mobile subscribers with a Simple Choice plan can get a Personal CellSpot for free. Simply call T-Mobile customer care or walk into a store, and a CellSpot is yours for a $25 hardware deposit that is refunded if and when the device is returned.

Giving the router away is a fantastic idea on T-Mobile’s part. The hardware likely costs precious little to manufacture. Meanwhile, it makes customers happy, improves their coverage and saves T-Mobile money by offloading traffic from T-Mobile’s cellular network to land-based ISPs’ networks.

The CellSpot and T-Mobile’s wider effort to “unleash Wi-Fi” is yet another example of the carrier’s willingness to think outside the box in an effort to grow its business. And these disruptive ideas are working phenomenally well — T-Mobile’s subscriber growth now outpaces even its biggest rivals.

Will unleashing Wi-Fi help T-Mobile build even more momentum? It’s too soon to tell, but T-Mobile has nothing to lose and everything to gain.