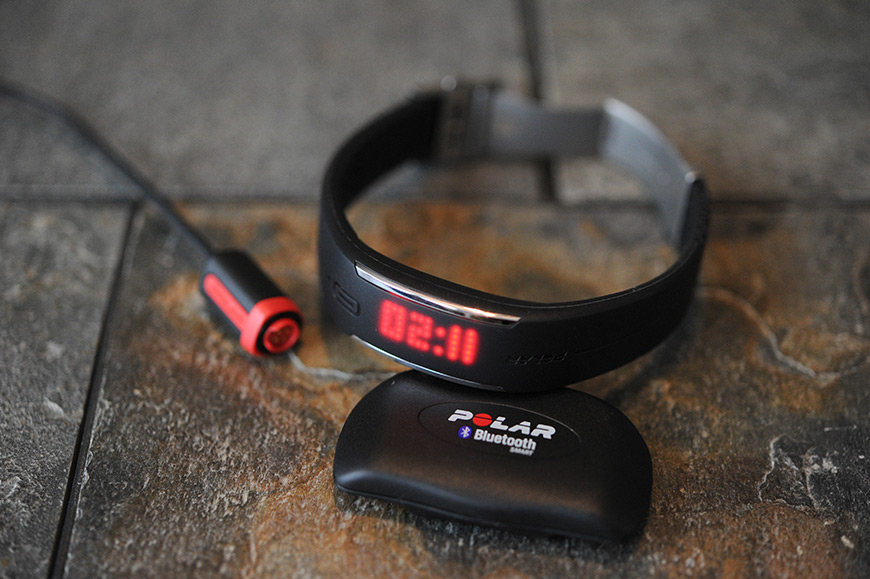 The wearables market as a whole began to gain steam long before fitness trackers were en vogue, but there’s no question that the likes of Fitbit, Nike and Jawbone have benefited tremendously from the resulting collision course. Truth be told, it’s becoming somewhat difficult just to keep track of all of the options for keeping track of your health.

Polar has been dabbling in the fitness space for longer than most, but it’s just now churning out a wrist-worn apparatus that aims to rival the Jawbone Up, Nike FuelBand, Basis, Larklife and Bowflex Boost (among others). The $110 Loop is pretty much exactly what you think it is: a lightweight, long-lasting band that tracks your steps and displays a smattering of data points using a spartan LED display.

Where it surges ahead, however, is its compatibility with two of Polar’s heart rate monitors.

In general, Polar’s Loop is billed as the most serious of the fitness tracker bunch. While most cater to average technology lovers who feel like dipping their toes in the fitness space, Polar has existed to serve a more obsessed bunch. I took the Loop (and the $80 H7 heart rate monitor) for a spin, and found myself largely satisfied with the tracking accuracy.

The band itself is only capable of tracking steps and estimating how many calories you’ve burned so far in the day, while the real measurement comes when you pair up a Bluetooth Smart heart rate monitor. Frankly, I found myself annoyed by the strap that’s required to be fitted tightly around your chest to track your heart rate, but for those who don’t mind suiting up, at least the tracking is accurate.

In my estimation, the Loop is only truly at its best when paired with a $70 H6 or $80 H7 heart rate sensor, so you’ll need to budget nearly $200 if you want the whole package. That’s a pretty penny, and I’d have an easier time swallowing that up-front cost if I were able to wade through a lot more data in a lot more detail day-to-day. It still feels that the background infrastructure isn’t where it needs to be — a gripe that I also had with Automatic’s Link.

In a hypercompetitive space such as wrist-worn fitness trackers, the Loop doesn’t offer a ton that isn’t offered elsewhere outside of its waterproof nature. That said, if the data tracking improves, it’d be a solid option for semi-serious trainers.