Helio Mysto sort of announced but not really, we got a hands-on anyway! 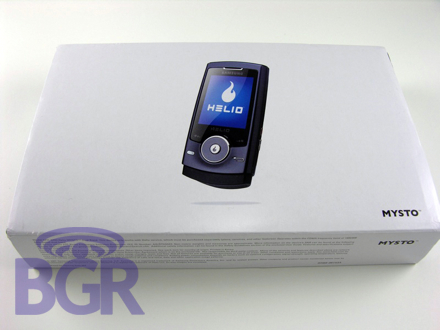 You might have heard a little this and that about the Helio Mysto device. It’s a new handset making its way to Helio’s powered by SK Telecom network, and it will launch first in the Korean American Helio market tomorrow. If you’re not Korean, you’re going to have to wait for the general market release early next year which is looking like mid-to-late January. If you want to get sneaky, though, you can head on down to Helio’s NYC or Santa Monica store on December 26th and pick one up! They’re $149 but won’t be out on display — you gotta’ tell the nice people BG sent you and have them snatch one out of the back! If you don’t make it on the 26th, you’re back in the same boat as everyone else, and have to wait another month or two. How do we like it? Well, it’s not a totally unseen device (it is a Samsung U600, after all), but Helio has completely done up the software and UI on this thing and it’s lightning fast! It also has GPS, a 2 megapixel camera, and it’s oh-so-sexy. We even heard they delayed the Mysto just to make sure everything was solid, and we’re pretty sure if you’re a Helio fan, you’re going to love it. Hit the jump for the hands-on madness!

Click on over to our Helio Mysto hands-on gallery!