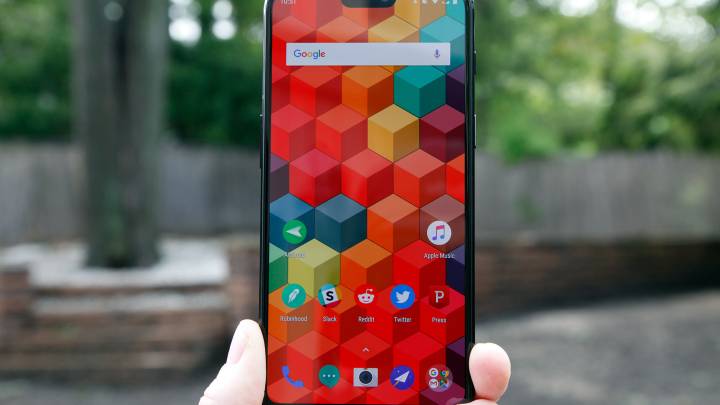 Just like its predecessor, the OnePlus 6 comes with a Face Unlock feature that’s faster than the iPhone X. But just like the OnePlus 5T, the new phone’s facial recognition system isn’t as secure as the iPhone X.

That means you can unlock someone else’s OnePlus 6 with a photo, and that you can’t use your face to log into banking apps securely, or authorize mobile payments.

The OnePlus 6 may have a notch just like the iPhone X, but OnePlus didn’t copy the sophisticated technology inside the iPhone X notch. Apple uses an elaborate camera system to measure depth, which means a photo won’t unlock the handset.

The OnePlus 6, meanwhile, has a regular front-facing camera inside the notch, because getting the equivalent of Apple’s TrueDepth is a rather expensive effort. In fact, no other iPhone X clones feature Face ID-like support.

Twitter user @rolvduijin printed a photo of his face and then gave it to someone else to unlock his OnePlus 6. As you can see in the following video, it all works:

I printed my face to unlock my OnePlus 6 for the lulz… it worked ¯_(ツ)_/¯ pic.twitter.com/rAVMq8JKBr

In case the trick seems familiar, that’s because we’ve seen such hacks on Samsung’s Galaxy S and Note phones in the past.

OnePlus confirmed to PhoneArena that Face Unlock is all about convenience, not security:

“We designed Face Unlock around convenience, and while we took corresponding measures to optimize its security we always recommended you use a password/PIN/fingerprint for security. For this reason, Face Unlock is not enabled for any secure apps such as banking or payments. We’re constantly working to improve all of our technology, including Face Unlock.”

In other words, you should not be alarmed about your phone’s security. Merely disable Face Unlock to make sure nobody can unlock it with a blown up picture of your face.