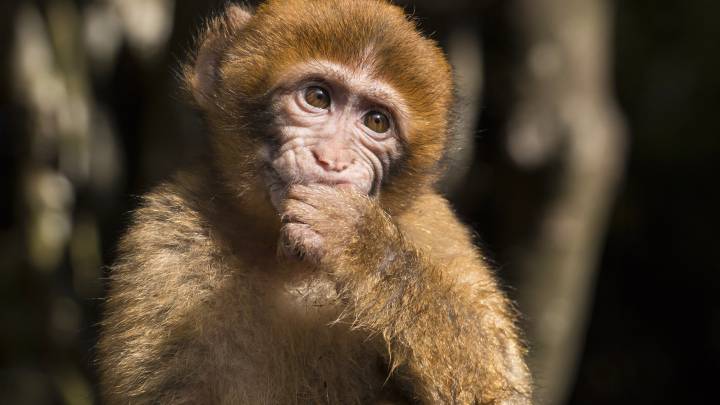 Whenever you see news of animals breaking out of a zoo there’s always a hint of fear. Nobody wants their dog to be attacked in their own backyard by a tiger on the loose or something, so I totally get it. Still, not every escaped animal wants to cause problems, and some of them might even just want to return to their own instinctual way of doing things rather than interact with humans or their pets at all. In Germany, not one, not two, but two dozen monkeys broke loose from the zoo in Loeffingen and left zoo officials searching for where they might have gone.

Zoo staff responded to reports that the monkeys were traveling together, but were unable to track them down and, according to an AP report, eventually lost them entirely. The two dozen Barbay macaques could have done whatever they wanted, including roaming populated areas and messing with whoever they ran into, but they were way too chill to do that. Instead, they ended up not far from the zoo at the edge of a forest. What were these mischievous monkeys up to? Laying in the sun, according to police.

According to the report, the monkeys escaped from the zoo late last week and it’s still unclear exactly how they got out. Zoo officials think that some construction that is currently happening at the zoo “might have been a factor,” but they don’t know for sure. In any case, the monkeys were able to break free but didn’t go far. They were spotted in the general area of the zoo, running along in a group and probably just enjoying the nice weather.

When the monkeys were spotted they were hanging out near a tree line close to the zoo and were sunbathing. The monkeys enjoyed their day of freedom and despite evading zoo staff when they were first spotted outside their manmade home, they didn’t put up a fuss when zoo staff tracked them down near the woods. They were recaptured and returned “without incident,” according to the report.

Now, I’m no monkey expert and I’m certainly not a zookeeper, but it really seems like these monkeys just sorta wanted to chill out for a day and not be gawked at by zoo patrons. I’m not saying it would be smart to try to jumpstart a population of Barbary macaques in Loeffingen, but it does tug at the heartstrings to know that the first thing these monkeys wanted to do after breaking out of the confines of the zoo was… to be monkeys again.

In any case, the animals are now once again safe and sound in the zoo, and hopefully, they enjoyed their day of freedom. Chances are they won’t get that opportunity again.