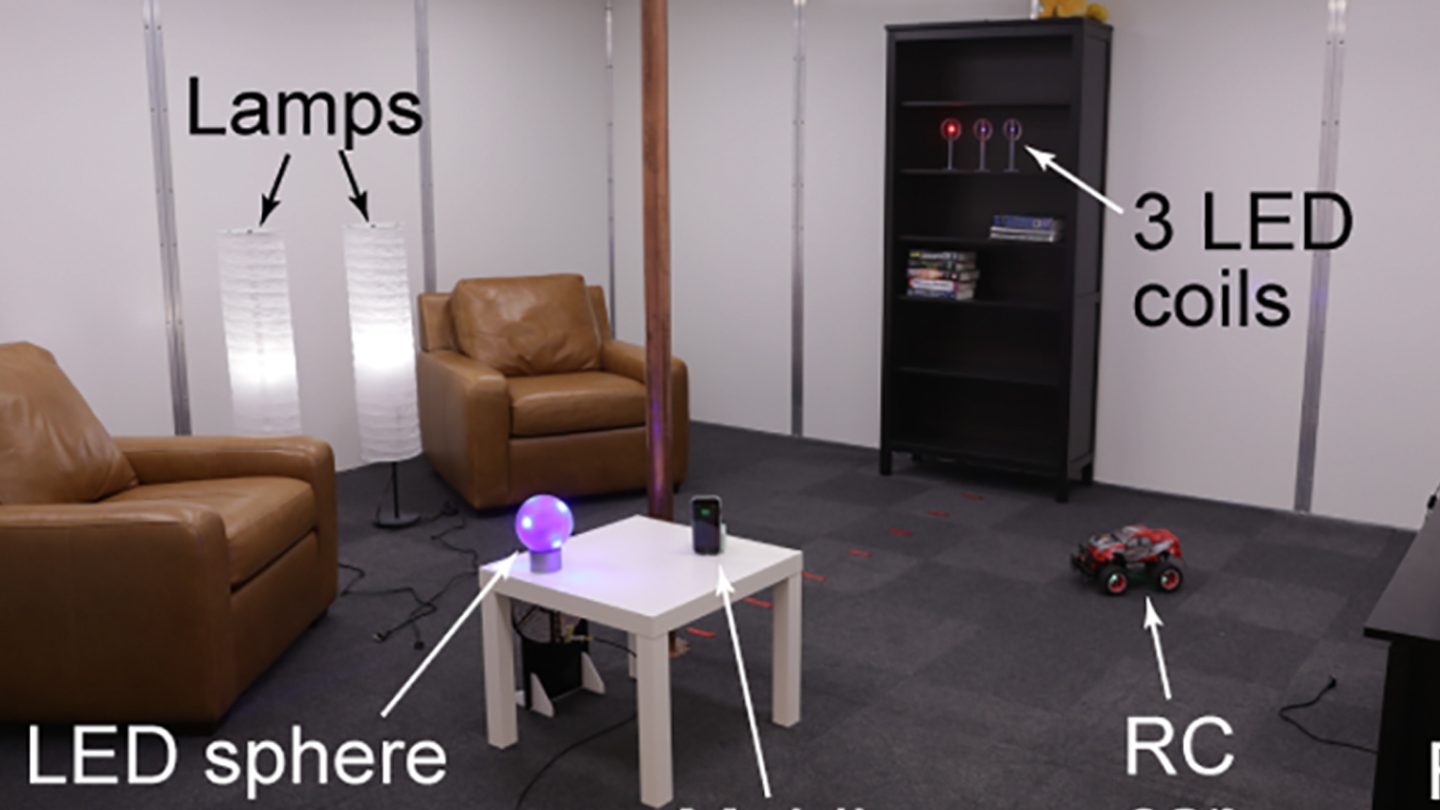 Wireless charging has slowly gaining traction in the smartphone industry for a while, but the nature in which most “wireless” charging system work — having to place a device on a contact pad — is far from a dream come true. Developers at Research have built something that is far more impressive than anything currently on the market; an entire room that can power electronics without a single cord or cable.

The team used near-field magnetic waves to pump wireless power to every inch of a 16-by-16-foot room. The room, which was also furnished with couple of recliners and tables, uses what the research team calls “Quasistatic Cavity Resonance” (QSCR for short). Put simply, the floor, ceiling, and walls of the room are electrically charged, producing the magnetic field that can then be picked up by small receivers attached to the devices in the room.

Research determined that by using this method it could transmit 1.9 kilowatts of power into the room while still remaining within safety guidelines. “This is equivalent to simultaneously charging 320 smart phones,” researcher Matthew Chabalko noted.

Powering a 256 square foot room is impressive in its own right, but the team says that the technology is fully scalable to any size that is desired. “In this work, we’ve demonstrated room-scale wireless power, but there’s no reason we couldn’t scale this down to the size of a toy chest or up to the size of a warehouse,” Research principal scientist Alanson Sample said of the project.

The potential applications for such charging tech are almost too many to imagine. Sure, wirelessly charging a cell phone or laptop in a cubicle would be awesome, but what about a garage that juices up your electric car without a plug, or a gym locker that keeps your wireless headphones topped off for your next workout? The possibilities are pretty much endless.