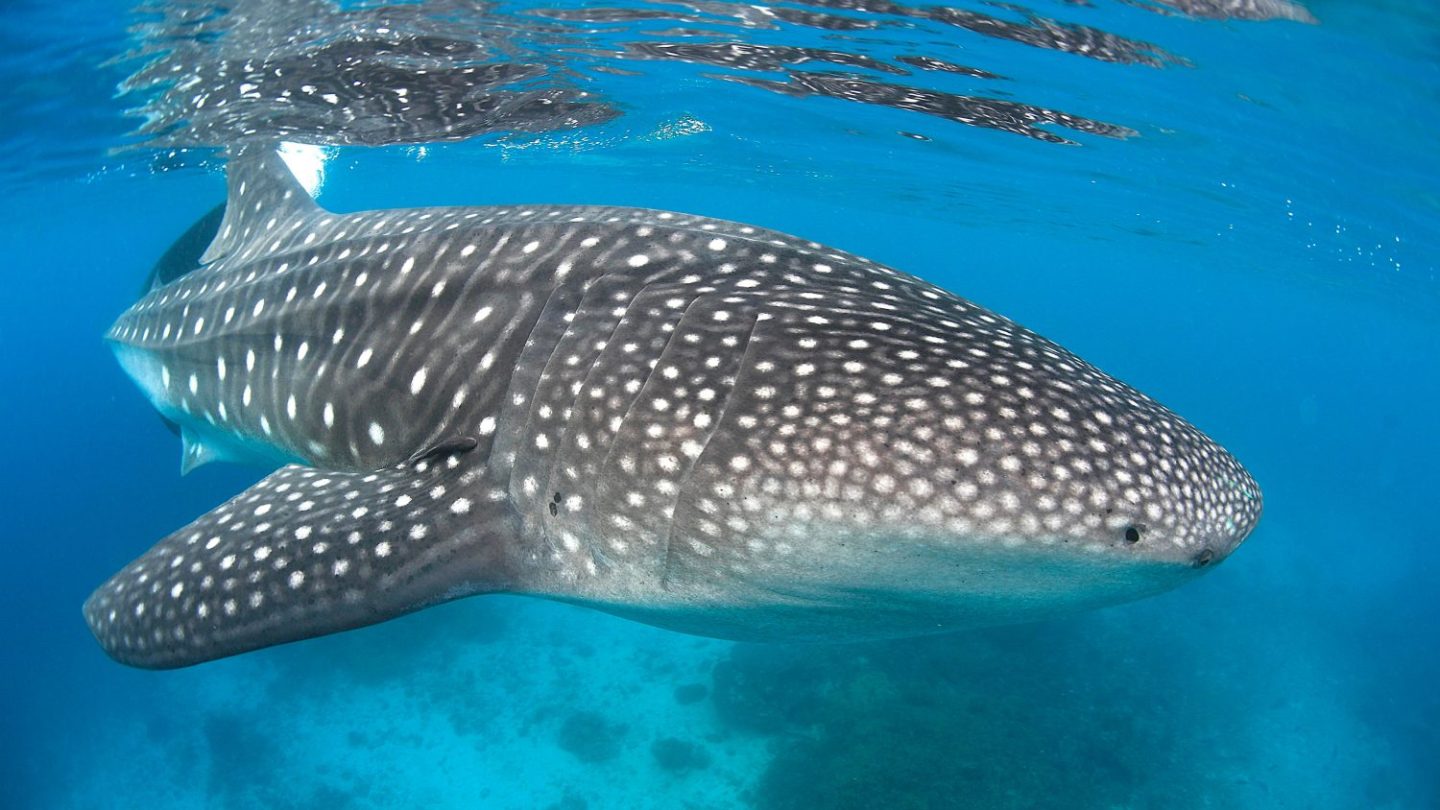 If you didn’t already think the mighty whale shark was impressive, just wait until you hear what scientists found on their eyeballs. In a study published in PLOS One, researchers out of Japan reveal the discovery of what they describe as tiny “teeth” covering the eyeballs of the sharks.

The teeth don’t do any chomping, but they do provide an extra layer of protection, according to the researchers. The finding is incredibly interesting due to the fact that sharks in general are covered in tiny structures that resemble teeth. These features, called dermal denticles, are advantageous to sharks because they allow water to flow smoothly across their bodies, allowing them to move swiftly when attacking prey.

As the researchers explain, the dermal denticles found on the eyes of the whale sharks are slightly different from the ones that cover the bodies of various shark species. The scientists attribute this to the tiny “eye teeth” having a different purpose.

Rather than making the animal faster in the water, the tiny structures on the eye may provide a layer of see-through armor that protects against injury. Whale sharks are the largest sharks on the planet, and unlike their smaller brethren, they don’t hunt in the traditional sense. Instead, they use their huge jaws to swallow up smaller creatures ranging from tiny zooplankton to larger fare like juvenile tuna.

They’re not as fast as the rest of the shark family, but they still need their eyes to spot schools of prey and to aid in general navigation. The tiny teeth-like features covering the eyes might not protect against a direct attack, but they could allow the sharks’ eyes to endure glancing blows and collisions with other sea life.

“The eye denticle differs in morphology from that of the dermal denticles distributed over the rest of the body, consistent with a different function (abrasion resistance),” the researchers write. “We also demonstrate that the whale shark has a strong ability to retract the eyeball into the eye socket. … These highly protective features of the whale shark eye seem to emphasize the importance of vision for environmental perception, which contradicts the general, though poorly established, notion of low reliance on vision in this species.”

Whale sharks are considered endangered due to human activity. The creatures have been hunted but also succumb to injuries after colliding with ships or being caught in nets that were designed to catch smaller prey. Understanding more about this incredible species is vital if we hope to protect them from extinction.