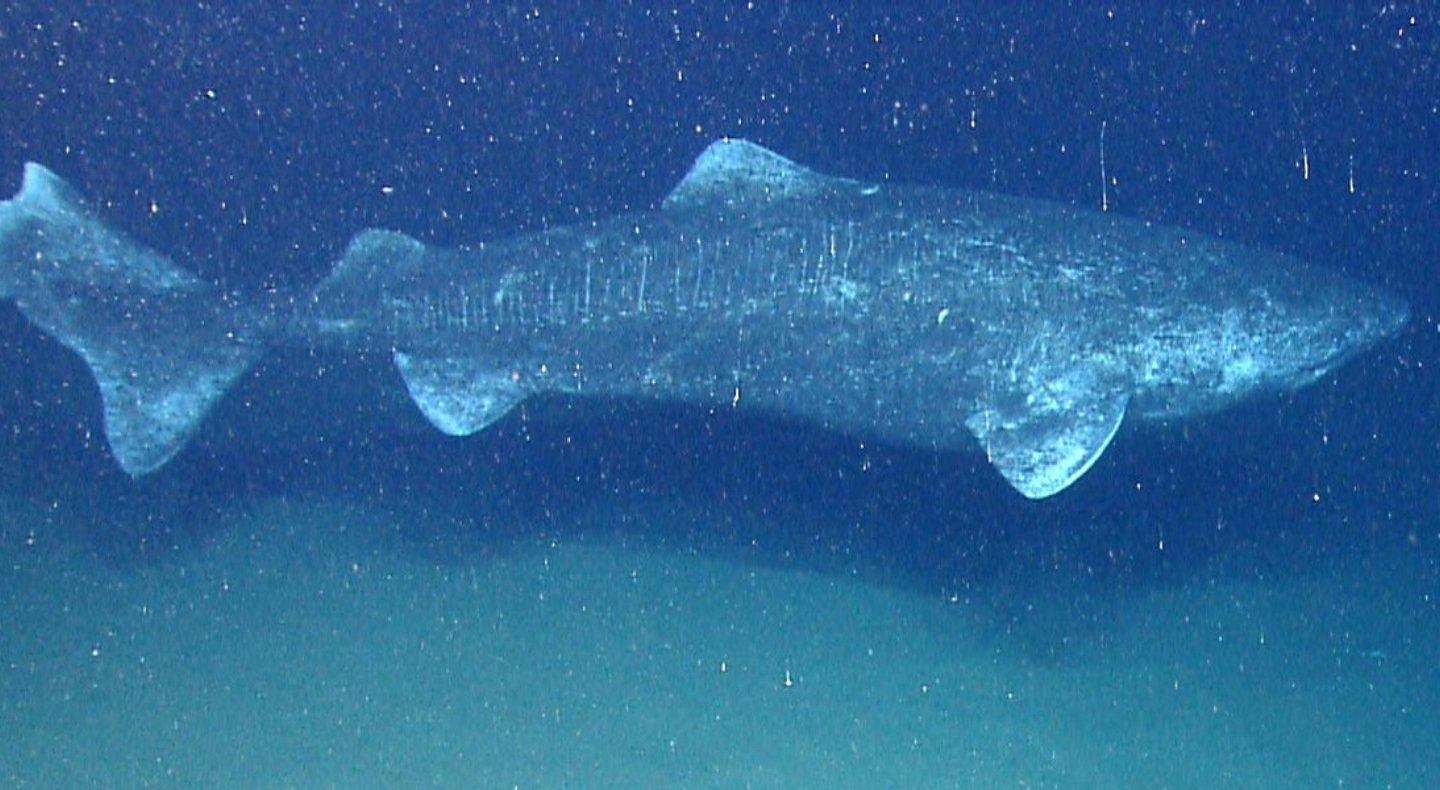 What were you doing 500 years ago? Oh, that’s right nothing, because you didn’t exist yet. In fact, several generations of your family had yet to leave their mark on the world, but one very special shark may already have been swimming in the chilly North Atlantic at that time, and the incredible animal is somehow still alive today.

Scientists studying Greenland sharks observed the particularly old specimen just recently, and after studying it they’ve determined that the creature is approximately 272 to 512 years old. That’s an absolutely insane figure, and if its age lands towards the higher end, it makes the animal the oldest observed living vertebrate on the entire planet.

Greenland sharks are an incredible species in a number of ways, but most notable is its longevity. The sharks are well over 100 years old before even reaching sexual maturity, and regularly live for centuries. This particularly old specimen, along with 27 others, were analyzed using radiocarbon dating. The reading came back at around 392 years, but potential margin of error means the animal’s true age is somewhere between 272 and 512.

The shark, which is a female, measures an impressive 18 feet long. That’s pretty large, but it might not sound particularly large for an ocean-dwelling creature that lives hundreds of years. That is, until you consider that the Greenland shark only grows around one centimeter per year. With that in mind, 18 feet is actually downright massive.

As for how this particular shark species manages to live so incredibly long, scientists attribute a lot of its longevity to its sluggish metabolism, as well as its environment. The frigid waters where the sharks thrive is thought to increase overall lifespan in a variety of ways. Past research has shown that cold environments can help slow aging, and these centuries-old sharks are most certainly benefiting from their chilly surroundings.