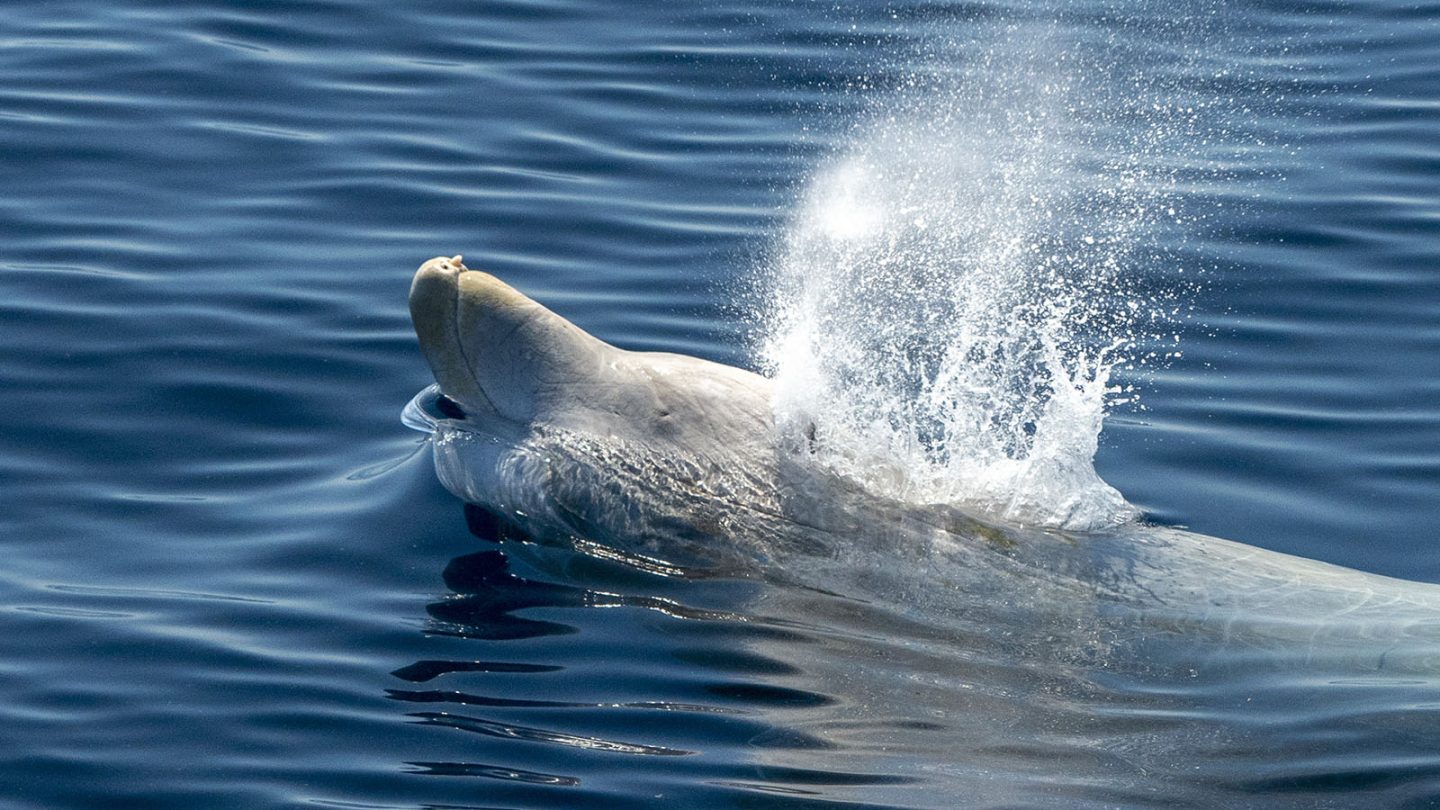 If you were to dunk your head underwater right now you’d probably last about two minutes before you absolutely had to come up for air. That’s a limitation of the human body: It needs oxygen and it can’t filter that oxygen from water. That’s just part of being a mammal, and the same is true for whales.

Whales have the ability to hold their breath for longer than two minutes, but one specific whale off the coast of North Carolina shocked researchers from Duke University and the Cascadia Research Collective when it demonstrated the ability to stay submerged for well over three hours.

As Gizmodo reports, the researchers first observed the whale — a Cuvier’s beaked whale which carries the tag ZcTag066 — spending nearly three hours beneath the waves off the coast during an observation campaign. That was impressive enough, but the following week the same whale broke its own record, staying underwater for three hours and 42 minutes.

The research effort was aimed at pinning down how long it takes for this species of whale to forage deep beneath the surface. They knew the whales dive deep for food, but they weren’t sure how long they could last before having to surface for air. They tracked 3,680 dives from 23 whales, and while their early estimates suggested the whales could last up to 33 minutes beneath the surface, they found that the whales were capable of much more than that.

The record-breaking dive of three hours and 42 minutes totally destroyed the scientists’ expectations, though there may have been external factors at play. The two longest dives weren’t included as official data points because the US Navy was using sonar that the whale may have been exposed to weeks prior. It’s possible that the sonar changed how the whale behaved, but the mechanism by which this might have happened is unknown and not documented.

So, these incredible, record-breaking dives could be one of two things. They could be a demonstration of how incredible these mid-sized whales really are, defying expectations and showing that there’s still a lot to learn about them. Or, unfortunately, it could be a byproduct of human activity, perhaps even frightening the whale to the point where it avoided the surface to incredibly long stretches of time. We don’t know, and since the whale can’t tell us directly.

The whales are known to avoid human activity when possible, which is why the researchers were trying to learn more about them in the first place, so the idea that sonar may have spooked them could indeed be valid.