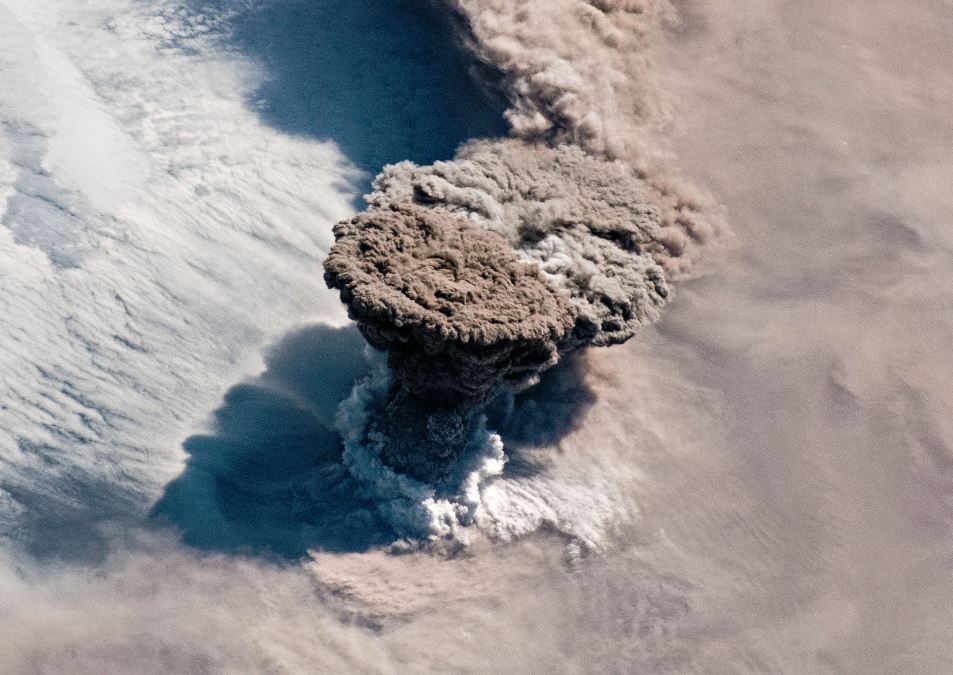 Astronauts who head to the International Space Station get to see things that the rest of us can only imagine. As the orbiting laboratory rapidly orbits Earth, it affords its inhabitants the chance to see all manner of jaw-dropping sights, and on the morning of June 22nd, one of those sights happened to be a volcano blowing its top in the Pacific Ocean.

In a new post on its Earth Observatory web portal, NASA shows off a truly gorgeous snapshot of the Raikoke Volcano violently spewing ash high into the sky. The volcano, which sits as its own uninhabited island, isn’t known for frequent eruptions, making this a particularly rare event.

NASA offers the following summary of what we’re seeing in the photo:

On the morning of June 22, astronauts shot a photograph of the volcanic plume rising in a narrow column and then spreading out in a part of the plume known as the umbrella region. That is the area where the density of the plume and the surrounding air equalize and the plume stops rising. The ring of clouds at the base of the column appears to be water vapor.

The volcano only very rarely decides to wake up, with the most recent eruption happening way back in 1924. Before that, the most recent previous eruption was recorded in 1778, making the photo above a once-in-a-lifetime sight. Check out the full-resolution image for the true experience.

The eruption didn’t cause any immediate danger due to the fact that the island has no residents, but it did kick up plenty of ash and dust that traveled several miles into the sky. Winds in the region pushed much of that ash out to sea. A plume of sulfur dioxide was also created by the blast, which scientists observed separating from the ash plume and spreading across the ocean.