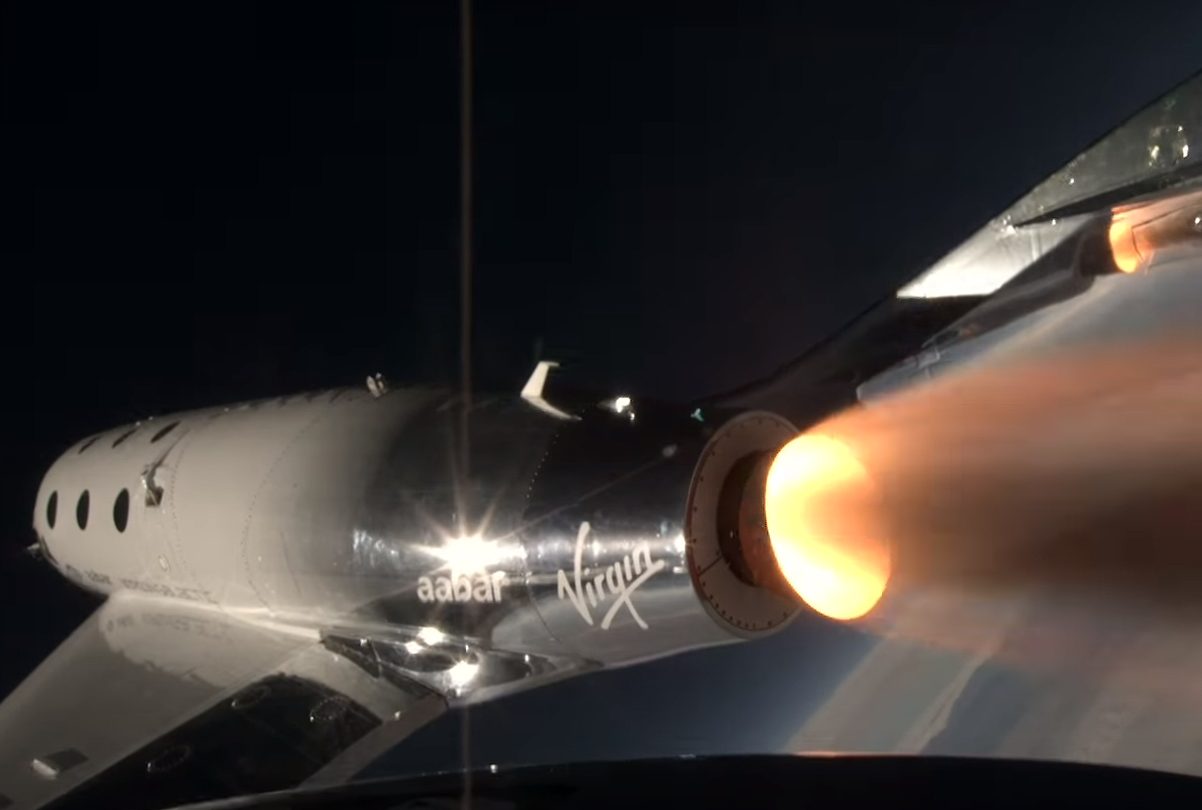 With SpaceX and other private spaceflight companies stealing headlines left and right it’s easy to forget the Virgin Galactic has been flirting with suborbital commercial flight for a long time now. The company has been making steady progress on its SpaceShipTwo platform since initial testing began in 2016, and a new video showcases the latest milestone.

During its first powered test flight in Mojave, California, the VSS Unity achieved supersonic speeds and landed safely back on solid ground. It’s the most important test flight of the vehicle, which was previously known as the VSS Voyager, since an unpowered glide flight back in late 2016.

The video (which doesn’t have sound, in case you were wondering why it was so eerily silent) shows the space plane being cut loose from its mother ship and quickly springing to life under its own power. Its rocket engine pushes it past the speed of sound and into suborbital altitudes before eventually drifting back down and landing on a runway in the desert.

It’s an important show of progress for the program, which has been moving slowly but surely for many years, but at this point it is still unclear when the SpaceShipTwo platform may begin actually taking paying passengers.

Ultimately, Virgin Galactic hopes to start ferrying space tourists into the edge of space, generating revenue from wealthy individuals willing to pay for the privilege. However, the company also plans to offer its services for scientific purposes, allowing researchers to use the two-and-a-half-hour flight to conduct space science missions.

As for cost, tickets for a trip aboard a Virgin Galactic SpaceShipTwo will set you back a whopping $200,000. Despite that lofty price tag, the company has claimed in the past that it already has hundreds of people waiting to take the trip.