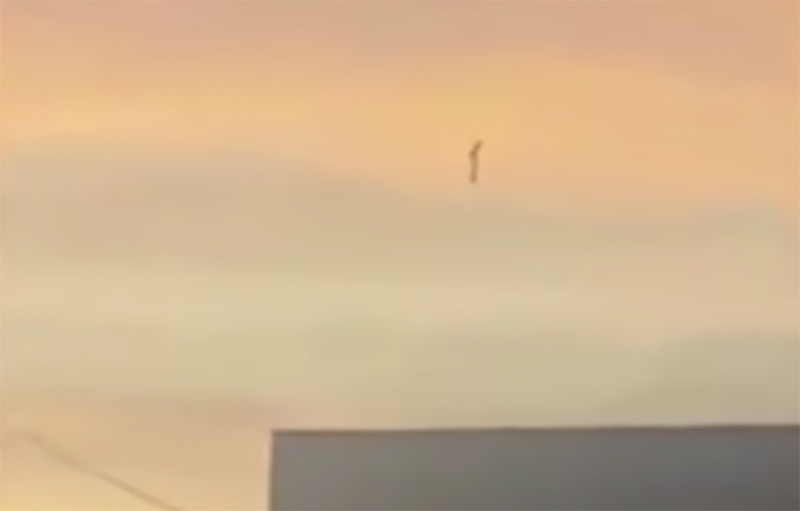 A video shot by a woman in Mexico has gone viral as the “first alien sighting of 2018.” The video, which was shot on a smartphone by a woman on the road in Baja California, appears to show an oddly shaped object floating in mid-air that doesn’t resemble any known aircraft. Some suggest that the small, slender object is indeed an alien craft, which others say isn’t a craft at all, but rather person testing some type of jet pack. Others say the video is an obvious fake, though nothing has been determined conclusively at this point.

The video went viral shortly after being shared on social media late last week, and it was posted to YouTube by a channel called Virality TV. The channel says it has spoken to UFO expert Pedro Ramirez about the clip, and he’s convinced it’s real. In fact, Ramirez believes we can expect UFO sightings to occur much more frequently now than they have been in the past. According to the so-called UFO expert, the increase in rocket launches from the likes of SpaceX, NASA, and Blue Origin is supposedly responsible for drawing more alien attention to Earth.

“Aliens are aware that we have made a number of space launches recently and have identified that we have been sending up ‘war material,” Ramirez told Virality TV. “Concerned by our activity, they have been increasingly monitoring our planet. This year will be very important for those of us who follow this phenomenon closely.”

The UFO expert continued, “Some of these space missions have ‘suspicious objectives’ that alien beings are aware of.”

Ramirez says that the tubular object pictured in the woman’s video is an alien, though he doesn’t clarify what type of craft the being or beings might be piloting. He also doesn’t speculate as to what the alien’s intentions might be, though he seems to suggest that it could be on a reconnaissance mission in an effort to determine the cause of Earth’s increased volume of rocket launches.