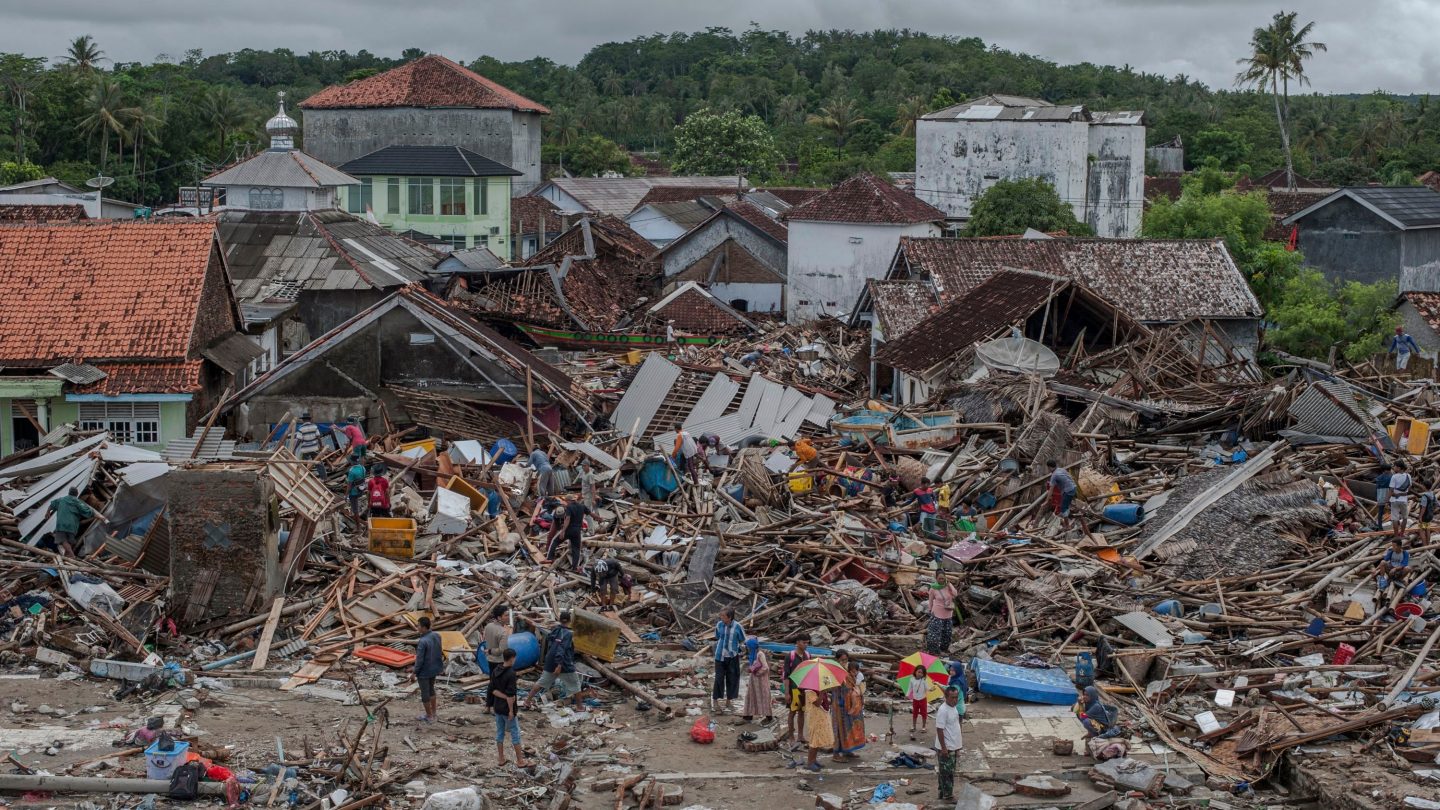 Over the weekend a volcano in Indonesia erupted and spawned a tsunami that slammed into the island nation and claimed hundreds of lives. There was little warning for those in coastal towns and the destruction was widespread. The country is just beginning to dig itself out from the tragic event.

Now, thanks to satellite images taken before and after the eruption, we can see just how hard the disaster was on the volcano, called Anak Krakatau, itself. The before and after shots are stunning, and the volcano has almost completely disappeared following the blast.

It’s incredible to see how much the volcanic island has changed, and it’s likely due to a massive landslide that followed the eruption. As an incredible amount of earth moved and shifted beneath the waves it caused much of the volcano that was still above water to slip into the sea. It’s this movement that would have caused the colossal tsunami wave that devastated the country.

The images, which were gathered by Japan’s Aerospace Exploration Agency (JAXA), were taken several months apart. The “before” image was captured in mid August 2018 while the followup photo was snapped on December 24th.

In addition to the incredible loss of life that resulted from the blast, the eruption has put a serious kink in air travel in the area. Flights that would normally have traveled closer to the volcano are now required to stay a few miles away. Emergency officials in Indonesia are still working night and day on rescue and recovery efforts, even as they keep an eye on the sea in case a second tsunami comes roaring ashore.