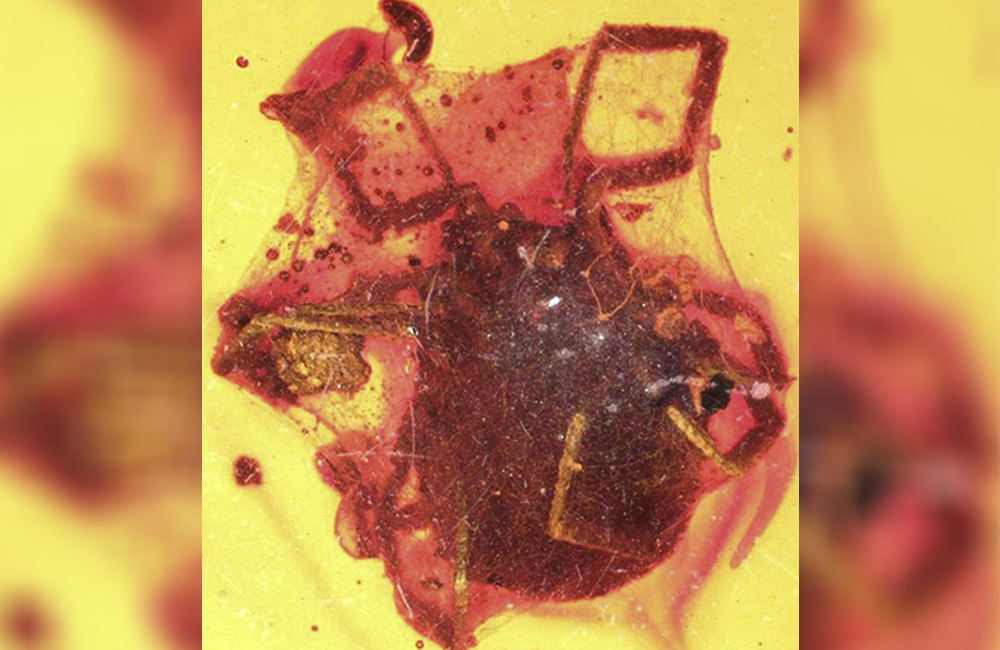 To humans, ticks are vile little creatures that do little but annoy and at times cause pain. You’ve probably never felt sorry for one of the little buggers under any circumstances, but this 100-year-old tick discovered in Myanmar might actually tug at your heart strings a bit. Discovered trapped in ancient amber, the tiny creature had one very, very bad day.

The tick, which was spotted by a German collector and eventually passed on to scientists for closer examination, wasn’t just suffocated in hardened tree sap. The pint-sized parasite was actually trapped in a spider’s web before it was swallowed up by tree goo. It was wrapped up like a present, obviously having gotten the attention of the resident spider, and was likely waiting to be eaten when it was enveloped by the thick resin. Poor little fella.

The specimen is thought to be roughly 100 million years old, which is pretty special when it comes to tick fossils.

“They’re rare because ticks don’t crawl around on tree trunks,” Paul Seiden, distinguished professor of biology at the University of Kansas, explained. “Amber is tree resin, so it tends to capture things that crawl around on bark or the base of the tree. But ticks tend to be on long grass or bushes, waiting for passing animals to brush up against them, though some of them can be on birds or squirrels, or maybe a little crawling dinosaur.”

Obviously, the researchers don’t know exactly what circumstances led to the tick’s demise. It’s not known if the little parasite had already been bitten and preserved for later by its spider foe, or if it was simply wrapped up and tossed aside when it was unexpectedly engulfed in the sap.

“We don’t know what kind of spider this was,” Selden added. “A spider’s web is stretched between twigs to catch prey that flies or bumps or crawls into it. As prey gets stuck, it adheres to the web and starts to struggle. Maybe some things can escape after some struggle, so the spider rushes to it out from hiding and wraps it in swaths of silk to immobilize it, to stop it escaping or destroying the web.”

Whatever the case, it’s a tiny time capsule that tells a tale identical to those we see today. Over 100 million years ago the Earth was a much different place, but in many ways it was exactly the same.