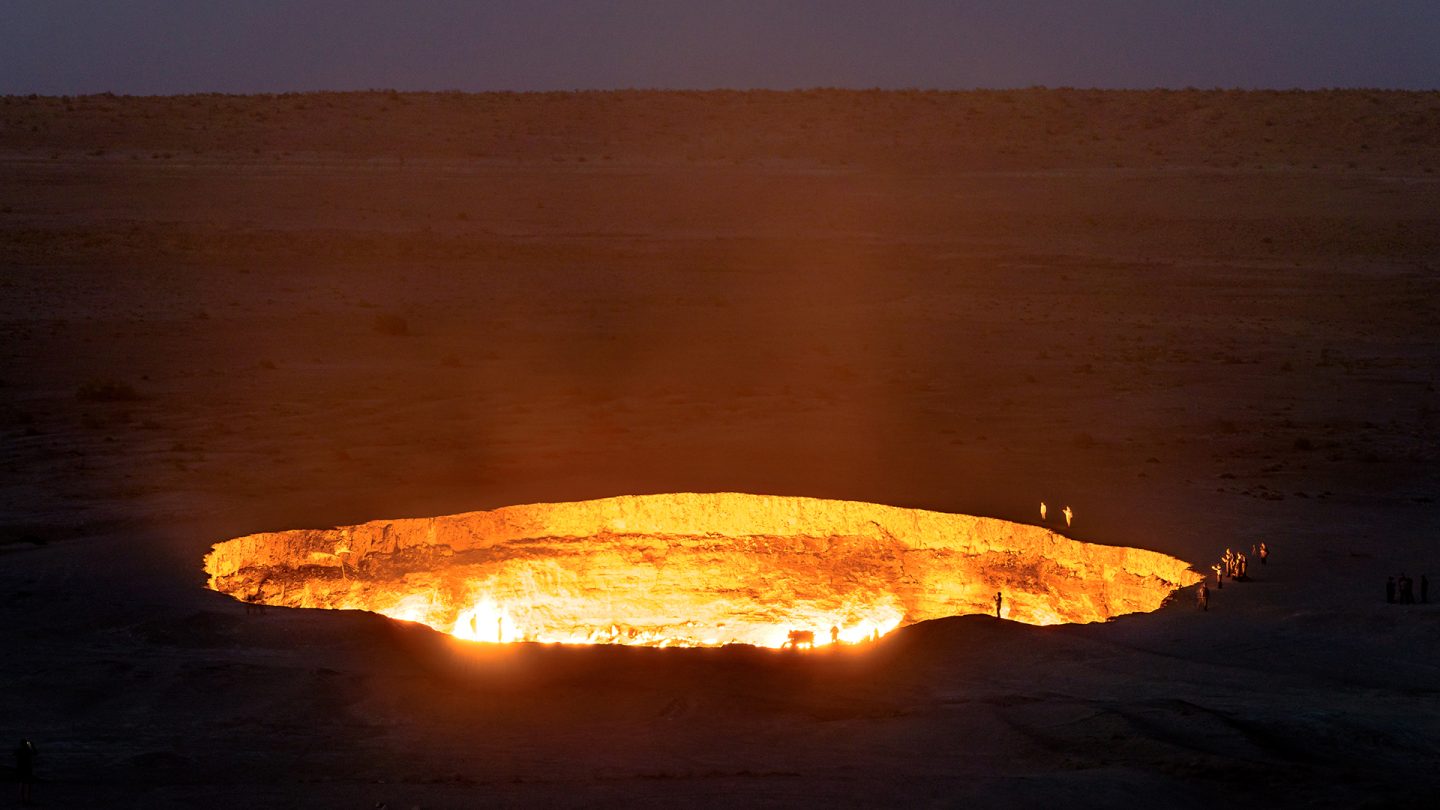 The government in Turkmenistan has announced that it plans to close the Gates of Hell. The burning gas crater has been on fire for the past several decades, following an incident with a Soviet drilling operation in the early 1970s. Now, the government appears to be looking for ways to put it out.

The Turkmenistan government wants to close the Gates of Hell

The crater is located near the village of Darvaza. While known as the Gates of Hell, many also call it the Darvaza gas crater. Others refer it to the Door to Hell, and the government has taken to calling it the “Shining of Karakum.” Locals say you can see the fiery glow of the crater from miles. Campers from all around the world continue to flock to the site to experience it in its full force. Despite its popularity with tourists, though, the government is looking for ways to effectively put out the crater. (via Weather.com)

In January of 2022, Gurbanguly Berdymukhamedov, the President of Turkmenistan, ordered the government to find a way to put the fire out. The nation hasn’t shared any plans about what it might do to shut down the flaming gas crater, but it will be interesting to see if they are able to accomplish the task sometime throughout the year.

The birth of the Darvaza crater

The Gates of Hell, as the Darvaza gas crater is so aptly named, isn’t a natural phenomenon. The crater originally opened in 1971. While drilling in the area, a Soviet drilling expedition took a very wrong turn. The crater was originally created in 1971. when a Soviet drilling expedition took a very wrong turn. While drilling in the area to extract natural gas, the rig punched into a massive cavern of gas. The ground collapsed under it, causing the rig to fall into the cavern. Dangerous methane gas began to leak into the atmosphere, so experts lit the hole on fire to try to curb the gas leak. They believed that the flames would subside after a few weeks. However, the Gates of Hell continue to burn 50 years later.

Considering the size of the crater, it is 230-feet wide and at least 65-feet deep, it makes sense to try to put out the flames. Especially with it being so close to a village. Despite the announcement, the government doesn’t appear to have any solid plans just yet. Hopefully, we’ll hear more over the coming months, and the Turkmenistan government will be able to close the Gates of Hell after over five decades of burning.