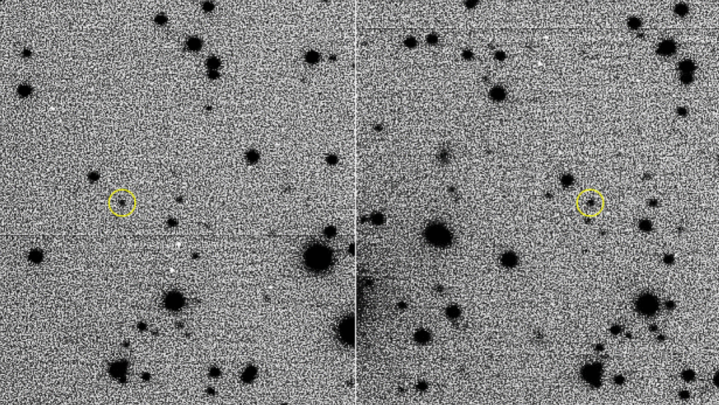 Immigration is a hotly-debated topic around the world, but it turns out that our Solar System is far more welcoming than some of the countries here on Earth. In a new paper published in Monthly Notices of the Royal Astronomical Society, scientists reveal that they’ve discovered the first interstellar immigrant: an asteroid called 2015 BZ509.

The strange space rock confused researchers for some time due to its peculiar orbit. The object doesn’t follow the pattern established by the other objects in the Solar System, and is orbiting the Sun in the opposite direction as the planets. It is in a co-orbital relationship with Jupiter, but because it is orbiting the Sun in the opposite direction that Jupiter is, the two only pass by each other twice every full orbit. With this in mind, scientists set out to determine its origins, eventually reaching the conclusion that the space rock wasn’t actually part of our Solar System.

“The asteroid and Jupiter take the same amount of time to complete one orbit around the Sun but one moves clockwise and the other counter-clockwise so they pass by each other twice per each full orbit,” Helena Morais, one of the authors of the research, told CNN. “This pattern is repeated forever — it is a stable configuration — in a simplified model with only the Sun, Jupiter and the asteroid. We saw that when we include the other planets it is still very stable, over the solar system’s age.”

Working backwards, the team ran an incredibly deep simulation that included one million asteroid “clones” to try to figure out if the asteroid could have ended up where it is today from within the Solar System itself or if it arrived here from somewhere else. They studied where each asteroid ended up, finding that the vast majority were either ejected from the Solar System or fell into the Sun.

Ultimately, the scientists arrived at the conclusion that in order for the asteroid to exist in its current orbit, it must have been a refugee from another system, arriving here in the Solar System around 4.5 billion years ago. It was likely “captured” from space, drawn in by the gravity of our system and ending up in a retrograde orbit due to the direction it was headed when it arrived.

It’s an interesting discovery with some potentially far-reaching implications. The researchers suggest that the presence of extrasolar asteroids like 2015 BZ509 should be considered when addressing theories of planet formation in the early Solar System. Likewise, now that we have at least one confirmed extrasolar body hanging around in our system, the hunt will be on to find more.