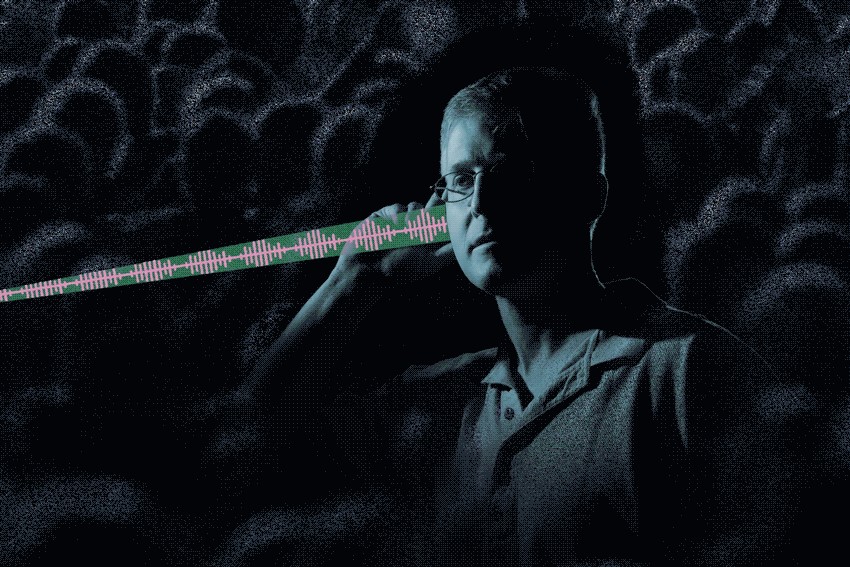 Hearing someone across a crowded room can be close to impossible thanks to the way sound waves spread, but what if we could project audio with the same precision that we can project light?

Researchers from MIT have developed a system capable of doing just that, creating a targeted audio stream that can be fired at a person’s ears in much the same way that a laser pointer fires a beam of light. It’s accurate, safe, and can transmit music and even speech to a target without being heard by others.

“Our system can be used from some distance away to beam information directly to someone’s ear,” Charles M. Wynn of MIT’s Lincoln Laboratory said in a statement. “It is the first system that uses lasers that are fully safe for the eyes and skin to localize an audible signal to a particular person in any setting.”

The system relies on photoacoustics, which are sound waves resulting from the interaction between light and matter. The team developed a laser-based system that interacts with water vapor in the air to generate sound along a narrow route between the transmitter and the receiver’s ears.

“This can work even in relatively dry conditions because there is almost always a little water in the air, especially around people,” Wynn explained. “We found that we don’t need a lot of water if we use a laser wavelength that is very strongly absorbed by water. This was key because the stronger absorption leads to more sound.”

In testing, the system worked well at a distance of 2.5 meters using only equipment that is already available commercially, but the researchers say that it could easily be made even more powerful.

Being able to send targeted audio at long distances would obviously have its advantages, especially in emergency situations where background noise may block a person’s ability to hear vital information. The team hopes to continue to iterate on their system and explore potential applications in the near future.