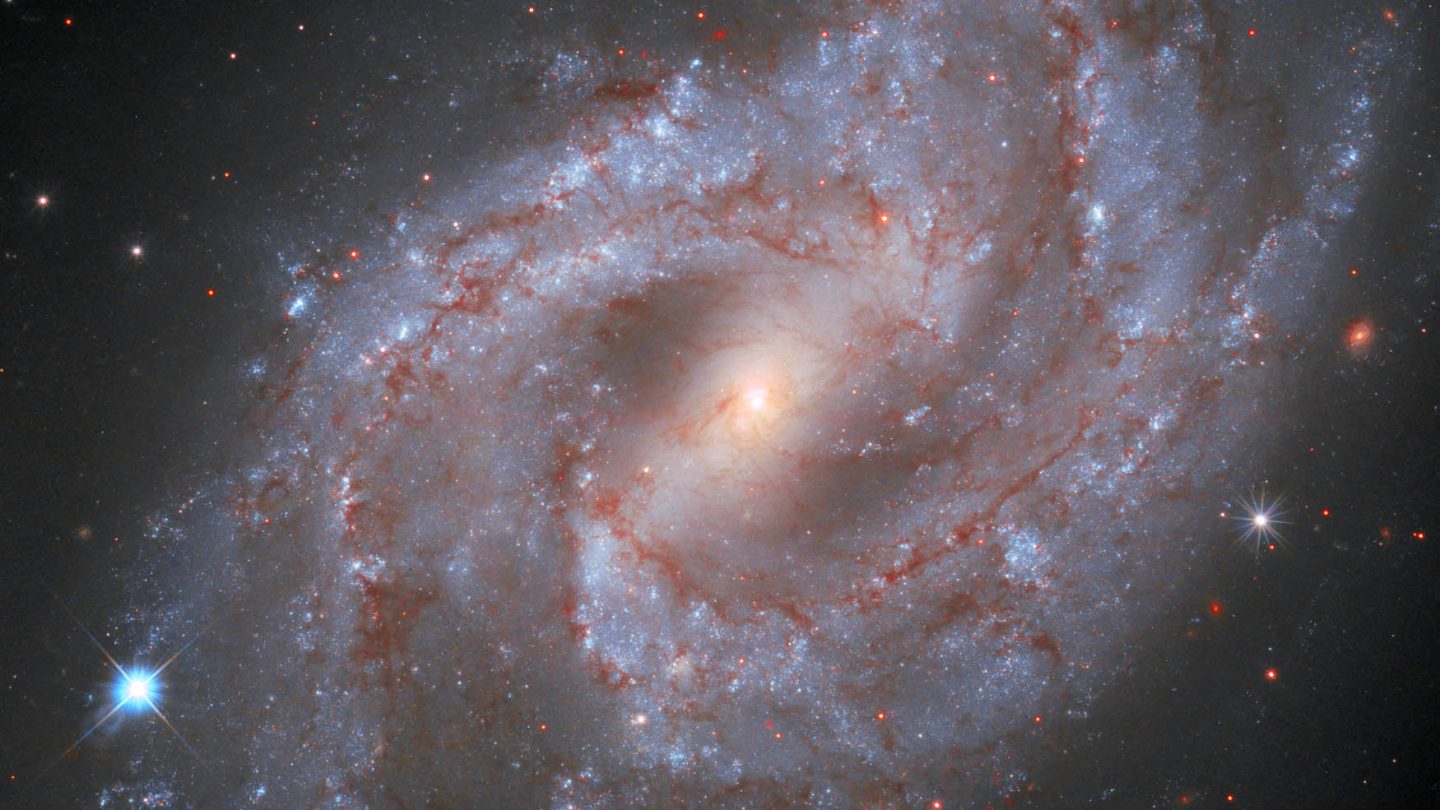 We already know that the Hubble Space Telescope is a ridiculously awesome piece of space-gazing hardware. It’s produced countless stunning images of distant objects in the cosmos, and despite its age, it continues to wow us at every turn. But while many of Hubble’s greatest images are one-off snapshots, Hubble’s extended observations of certain areas of space can reveal big things, like a supernova explosion gradually fizzling out.

When stars of a certain mass reach the end of their lives they explode in a massive supernova detonation that destroys just about everything in the nearby vicinity. Now, NASA and the ESA have shared a stunning timelapse of a supernova explosion slowly going dark in a galaxy far, far away.

As NASA explains, this supernova was special for a couple of reasons:

The type of supernova seen in this sequence originated from a burned-out star—a white dwarf located in a close binary system—that is accreting material from its companion star. When the white dwarf reaches a critical mass, its core becomes hot enough to ignite nuclear fusion, turning it into a giant atomic bomb. This thermonuclear runaway process tears the dwarf apart. The opulence is short-lived as the fireball fades away.

The European Space Agency released a video showing off the timelapse of the supernova blast. It’s relatively short, but the 10-second clip (replayed three times in the 30-second video) actually took a full year to capture. It looks like the explosion fizzles out rapidly but in reality, it very slowly reduced in brightness over the course of months. It also didn’t entirely disappear, meaning that there are still some serious fireworks happening in the area.

Here’s how the ESA describes what we’re looking at:

NGC 2525 is located nearly 70 million light-years from Earth and is part of the constellation of Puppis in the southern hemisphere. Hubble captured this series of images of NGC2525 in 2018 as part of one of its major investigations; measuring the expansion rate of the Universe, which can help answer fundamental questions about our Universe’s very nature.

It’s a pretty stunning timelapse, especially when you consider the true size of what we’re looking at. A supernova explosion is one of the universe’s most violent events, resulting in a destructive wave carried in all directions. It’s incredibly intense, and if there was anything orbiting the star that exploded, chances are it was either destroyed or exists in a significantly different form than it did prior to the supernova.