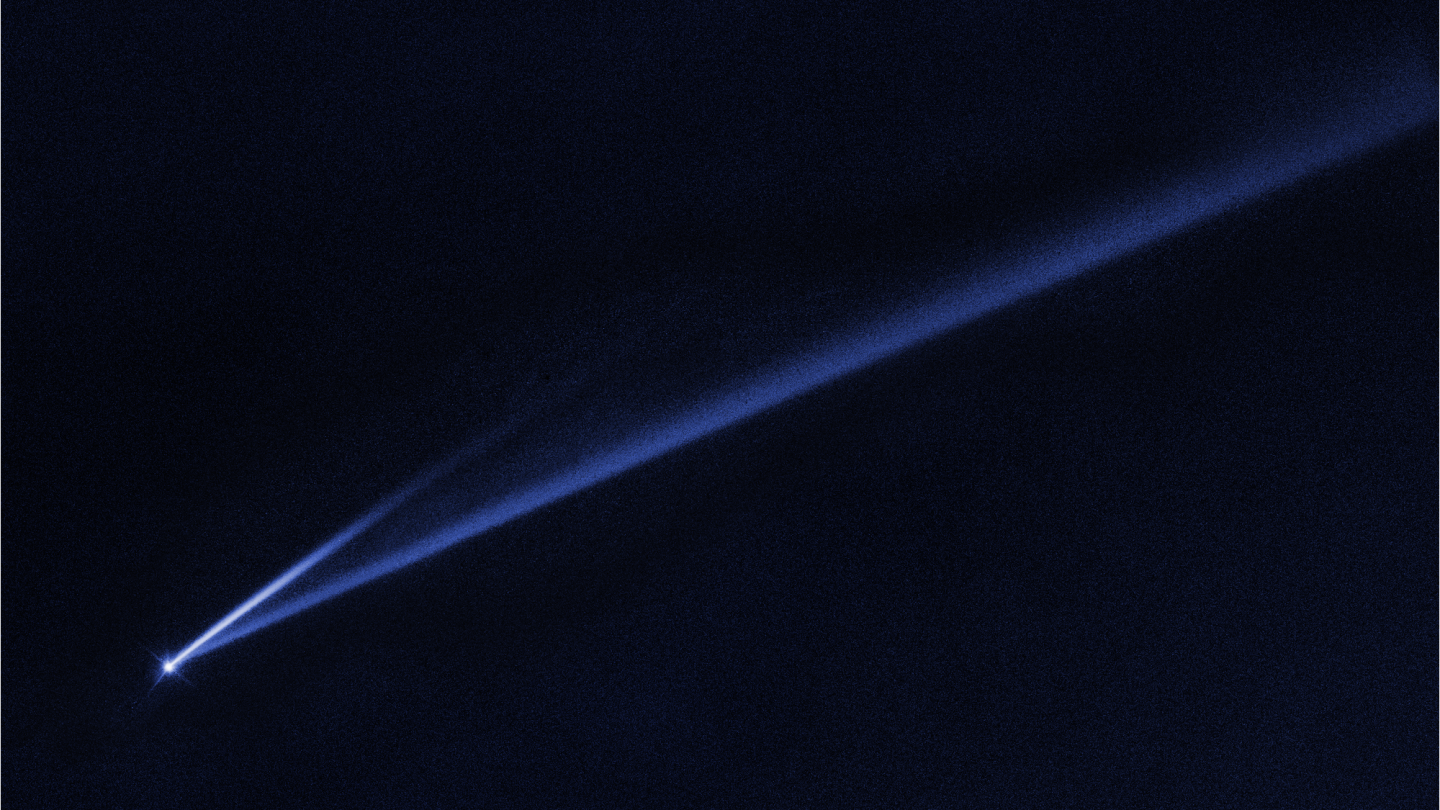 When you imagine an asteroid cruising through the solar system you probably think of it as a static object, not doing much beyond speeding along in a straight line and eventually running into something. The reality can be much different and, as a new image from the Hubble Space Telescope shows, asteroids sometimes have self-destructive habits.

The snapshot shows the asteroid known as 6478 Gault, which is caught in a permanent spin cycle. In fact, the space rock is rotating so rapidly that it’s actually shedding its own material as it speeds through space, slowly disintegrating and leaving a trail of debris in its wake.

As NASA explains in a new blog post, the asteroid is a relatively large asteroid measuring roughly 2.5 miles across. It’s far from Earth, sitting some 214 million miles from the Sun, and it’s gradually coming apart as it spins. The asteroid completes a full rotation approximately every two hours, which is fast enough to cause it to fling its own material off into space.

It’s definitely a cool sight, but the fact that the asteroid is slowly eroding is actually a boon for scientists who study such space rocks. As it sheds its material, researchers can study the trails it leaves behind to learn more about the makeup of the rock itself.

“We didn’t have to go to Gault,” Olivier Hainaut of the European Southern Observatory in Germany said in a statement. “We just had to look at the image of the streamers, and we can see all of the dust grains well-sorted by size. All the large grains (about the size of sand particles) are close to the object and the smallest grains (about the size of flour grains) are the farthest away because they are being pushed fastest by pressure from sunlight.”

As for why the rock is spinning, scientists think they have a pretty good idea. It’s a phenomenon known as the YORP effect, and it’s all thanks to the Sun. When sunlight strikes the asteroid and heats its surface it radiates some of that energy back into space, causing the asteroid to turn slightly. As the rock turns, the Sun’s rays continue to heat it Sun-facing side, giving it more rotational momentum and eventually resulting in a rapidly spinning asteroid.