You don’t become an astronaut in the hopes of getting to eat some really good food in space. The International Space Station, for example, isn’t stocked with high-end cuisine. In fact, most of the stuff that the astronauts eat comes in tiny packages that are warmed by a machine built right into the wall. It’s not exactly a five-star restaurant floating around above our heads, but as plant-growing experiments gain more and more momentum, the orbiting laboratory has become home to a surprising number of vegetables. It’s those veggies that will eventually help mankind explore the solar system and perhaps even beyond.

In a new blog post, NASA reveals that the inhabitants of the ISS were recently treated to some fresh greens as part of ongoing microgravity plant-growing experiments. Michael Hopkins, an astronaut with Expedition 64, spearheaded work on a handful of Vegetable Production System experiments, and a couple of them just ended in harvests on April 13th. So, what’s on the menu? Amara mustard greens and a tiny variety of pak choi, both of which grew for 64 days before being harvested.

The pak choi grew for so long that it began to flower as part of its reproduction cycle. Hopkins’ efforts in eclipsing the mark included using a small paintbrush to pollinate plant flowers. He decided on that approach after speaking with Kennedy’s Matt Romeyn, a space crop production project scientist and science lead on the four plant experiments. They discussed multiple options, including just letting the flowers self-pollinate.

Hopkins ultimately ended up doing just that, and the observations and flow of the experiments proved to be extremely important for the future. Fruiting plants require pollination and they will be vital in future long-haul missions to places like Mars. This will be especially true if NASA (or whoever) decides to try to set up shop on the Red Planet for an extended period of time. 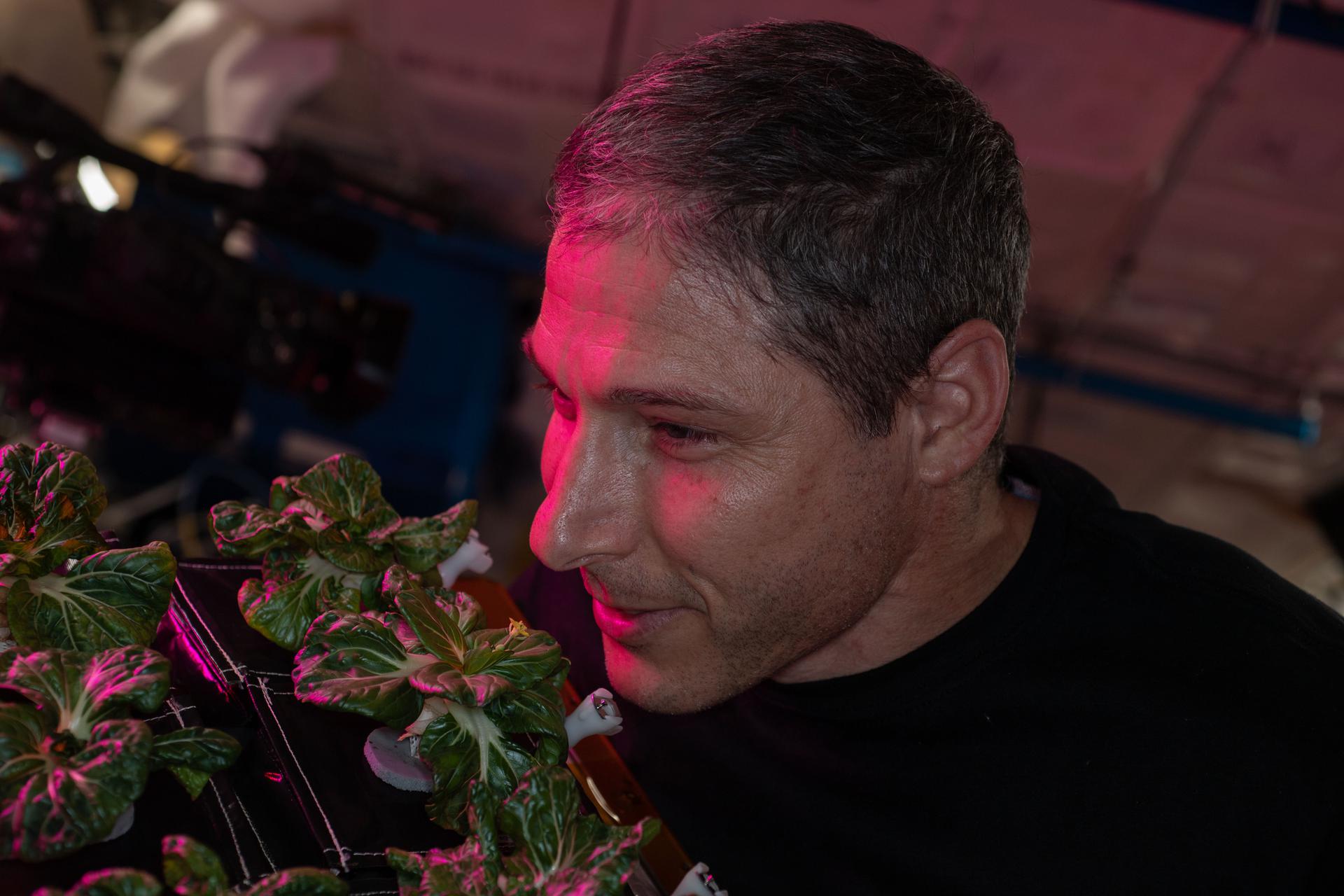 The leafy veggies turned out to be a big hit and tasted great, according to notes from the crew. In the future, growing vegetables during flights to other planets will make it easier for spacecraft to remain light. Not having to haul prepared food for the trip is a very big plus, and reliable crop production could make or break our ability to explore not just our own solar system but the galaxy as well.

“That’s mission accomplished for us right there … doing sustained crop production on station is an important demonstration for later missions beyond low-Earth orbit,” Romeyn said in a statement. “The crew is enjoying growing them, they’re enjoying eating them, and these are the exact kind of crops we can send on a long-duration lunar stay to provide supplemental nutrition. Everything we learn on station and the Moon will eventually enable doing this en route to Mars someday.”