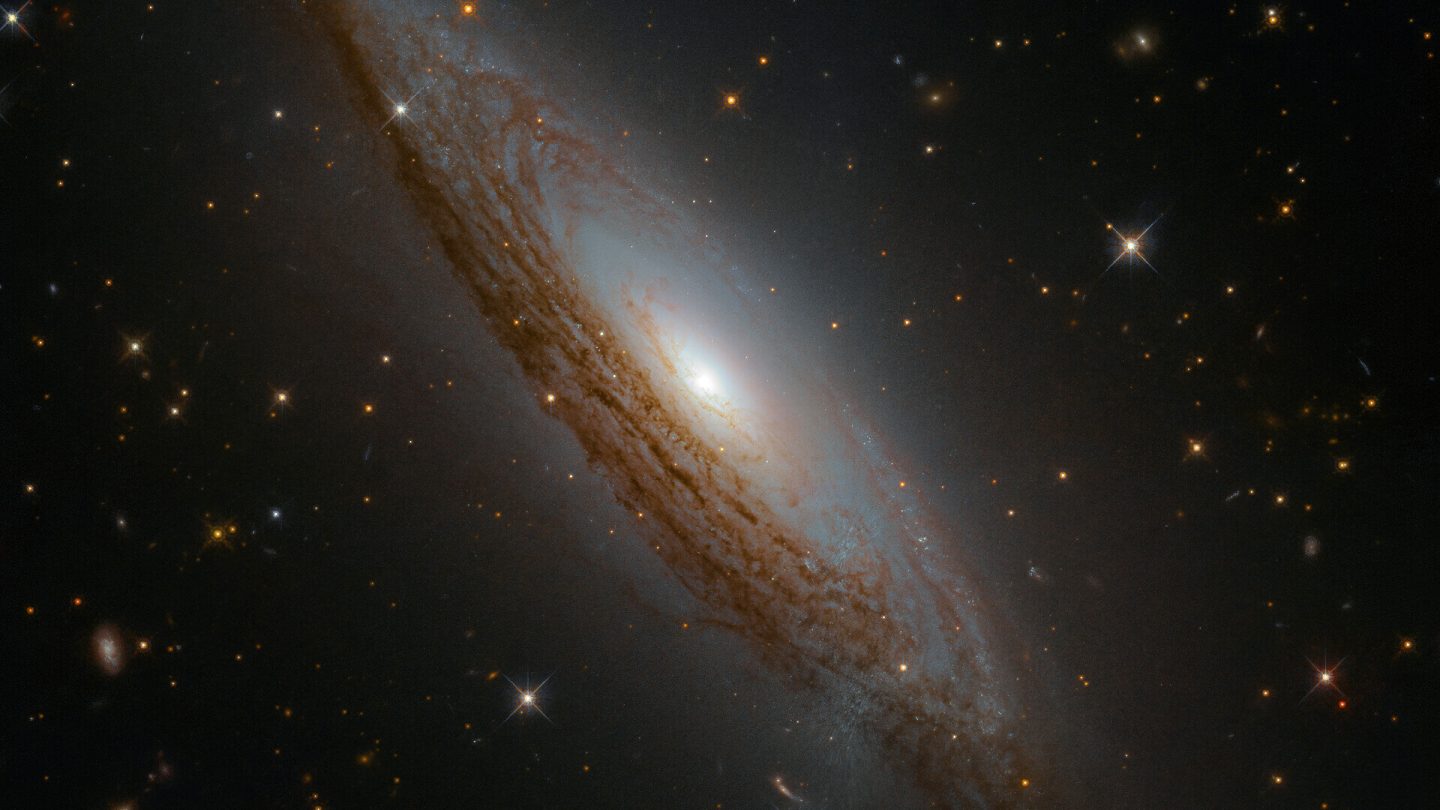 The Hubble Space Telescope, which is operated by both NASA and the European Space Agency, is one of the most trustworthy tools for observing distant objects in space. It’s been sending back stunning images for over 29 years now, getting repairs and upgrades along the way, and NASA has chosen a particularly lovely image from Hubble to close out 2019.

The image shows the galaxy known as ESO 021-G004, which sits around 130 million light-years from Earth. From our perspective, we see the galaxy at a rather extreme angle, but the heart of the galaxy is still visible enough that astronomers can offer some insights.

The image from Hubble is pure eye candy, but NASA says there’s a lot going on here, as long as you know where to look:

This galaxy has something known as an active galactic nucleus. While this phrase sounds complex, this simply means that astronomers measure a lot of radiation at all wavelengths coming from the center of the galaxy. This radiation is generated by material falling inward into the very central region of ESO 021-G004, and meeting the behemoth lurking there—a supermassive black hole. As material falls toward this black hole it is dragged into orbit as part of an accretion disk; it becomes superheated as it swirls around and around, emitting characteristic high-energy radiation until it is eventually devoured.

The image data that made this image possible was collected by Hubble’s Wide Field Camera 3. The telescope has worked remarkably well for the past almost-three-decades and continues to be the go-to for many scientists and astronomers. Perhaps the most incredible thing is that Hubble, which will turn 30 this year, could potentially continue to operate well into the next decade, or perhaps even last until 2040.